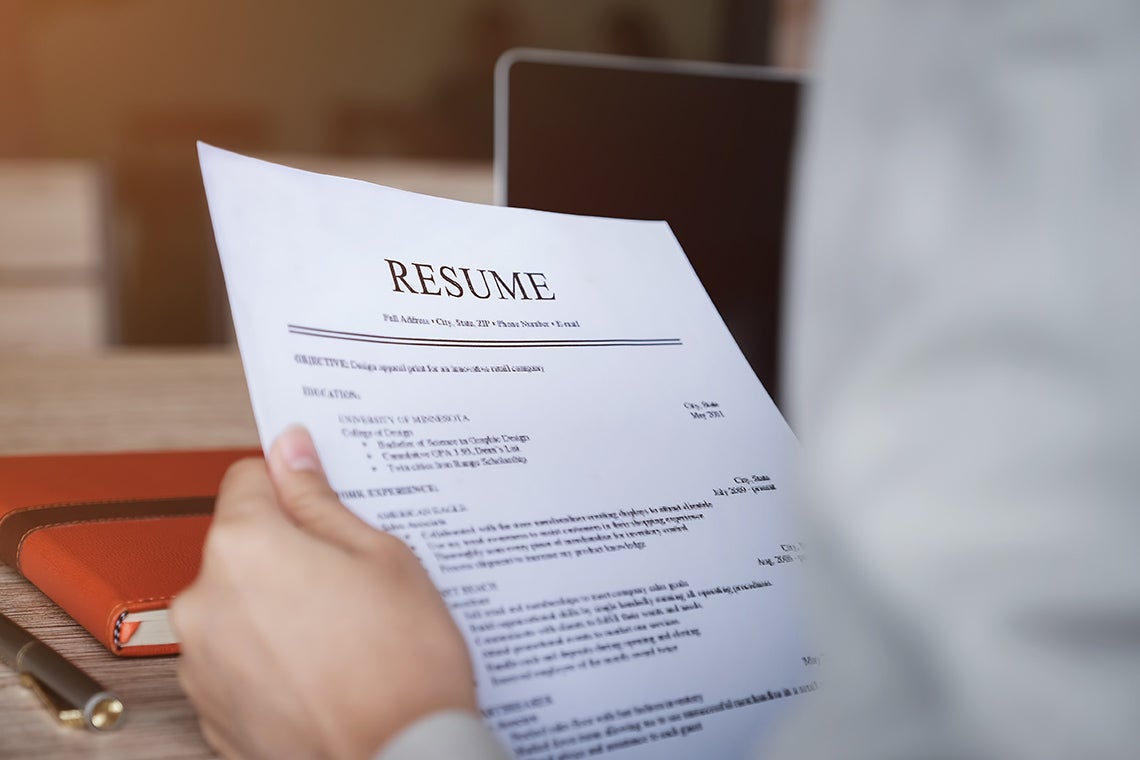 Jen Davies, manager, career development services at U of T Scarborough’s Academic Advising & Career Centre, says students need to do more than send out resumés and cross their fingers during COVID-19 (photo by Jirapong Manustrong via Getty Images)

With physical distancing rules in a place and an economy essentially in lockdown, University of Toronto students looking for jobs summer have their work cut out for them.

“The traditional ways of looking for summer work may not work this year,” says Jen Davies, manager, career development services at U of T Scarborough’s Academic Advising & Career Centre.

“We're looking at an extended period of economic disruption, so that means fewer job ads being posted and even greater demand for each individual posting.”

Until the pandemic hit, Davies says it had been a job seeker’s market, but within a four-month period everything has been flipped.

As economists consider the possibility of an extended recession, Davies says the strategy of simply sending out a bunch of resumés and crossing your fingers in the hope of getting a few responses isn’t likely to cut it.

Here is Davies’ three pieces advice for students attempting to land a summer position in 2020.

“Networking is going to be crucial for job seekers,” Davies says.

She recommends doing what’s called a “people search” – that is, finding an industry that you’re interested in, or an organization that is currently hiring, and finding people you can connect with.

The trick will be finding those few opportunities and then getting noticed because there will be increased competition. Davies says using Google to look beyond the big companies to find smaller firms and start-ups will also be important.

As a way in, she recommends doing as much homework on an organization as possible: Go on its social media channels, find out what the organization is doing and what it values, and then try to engage in a conversation that will help make your application stand out.

“Ask thoughtful questions about their plans or priorities, or even comment on the job posting you saw for that assistant position,” she says, adding that a quick,15-minute phone or video call may be the best alternative to a face-to-face meeting over coffee.

As for which industries are most likely to be hiring, Davies says those in the business of delivering goods are a solid bet. When physical distancing measures were put into place, Amazon and Walmart immediately went on a hiring spree just as other organizations were laying off staff.

“Businesses that deliver goods and materials are probably still going to be hiring people, but that does mean going out in public and continuing to interact with people,” she says.

She adds that organizations that rely on call centres – including financial institutions, tech companies and telecommunications – are likely still looking to hire.

“Money management is becoming a very urgent issue, and people won’t be able to do a lot of banking in person,” Davies says.

“The technology sector will be busy. We're spending a lot more time on our cell phones and computers, so businesses that make apps, telecoms and Internet companies – anyone with interest in working in technology can probably expect to find jobs.”

Finally, Davies says it will be important to manage expectations. There will be a lot of rejection and none of it may be your fault.

“Don’t take the lack of interest personally, it’s just the economic situation we’re in at the moment,” she says.

“You’re going to feel responsible and want to second guess everything – was my cover letter good enough, is it my resume, do I have enough experience – but it’s very likely got nothing to do with you, so don’t lose hope.”

What’s Next: COVID-19 podcast (Ep.18) – Living in a world with coronavirus