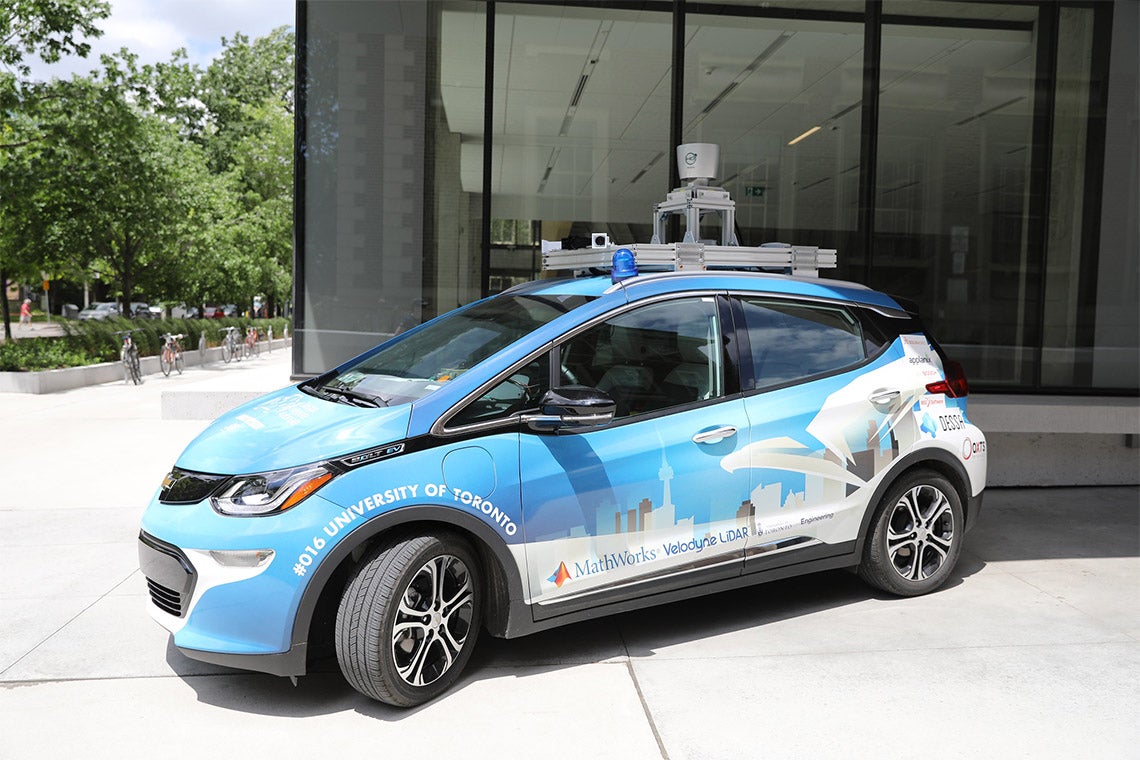 The latest iteration of Zeus – as the U of T Engineering team’s self-driving car is known – boasts a number of enhancements, including improvements in perception, path planning and GPS-free localization (photo by Liz Do)

A team of students from the University of Toronto has placed first in an intercollegiate challenge to transform an electric car into a self-driving one – the team’s third consecutive win in the competition.

The team, named aUToronto, also took the top overall prize for the most cumulative points over the three years of the AutoDrive Challenge.

“All of us take pride in the work that we have done at aUToronto,” says Jingxing (Joe) Qian, aUToronto’s team lead. “The competition results clearly reflect the high calibre and dedication of the team.”

The AutoDrive Challenge began in 2017, when each of the student-led teams was provided with a brand-new electric vehicle, a Chevrolet Bolt. Their task was to convert it into an autonomous vehicle, meeting yearly milestones along the way.

Sponsors of the AutoDrive Challenge include General Motors, the Society of Automotive Engineers (SAE) and a number of other companies that produce hardware and software for self-driving cars. 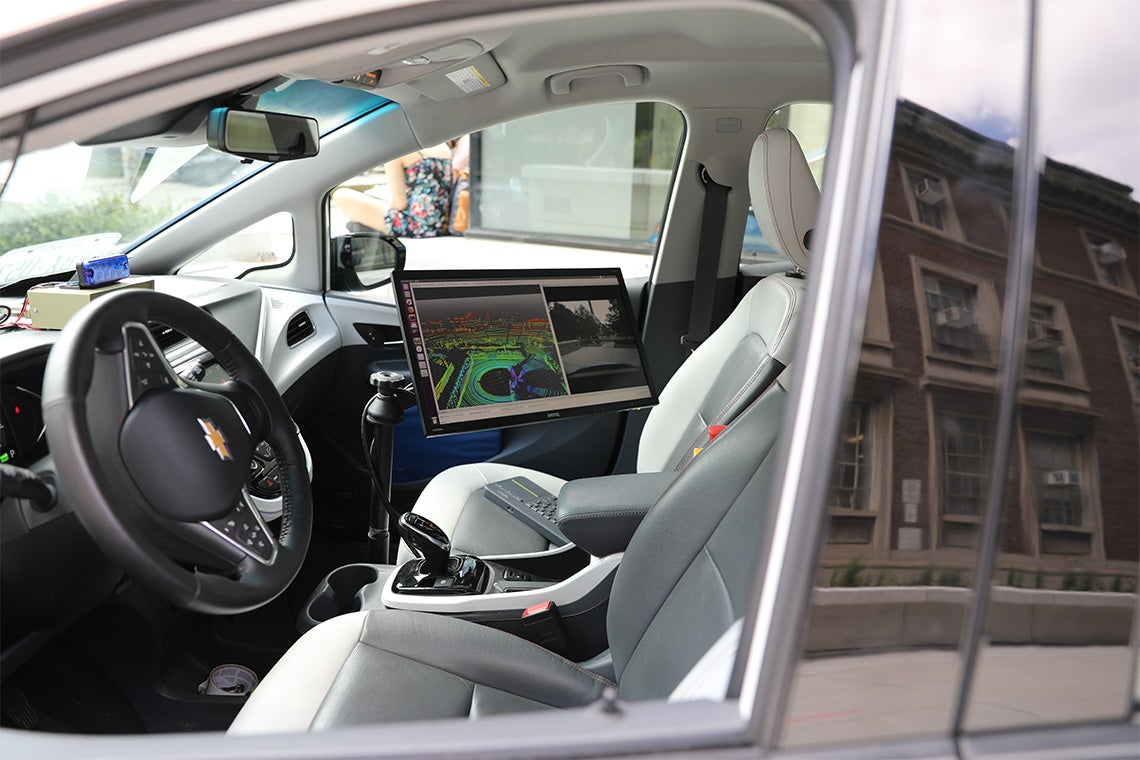 (photo by Liz Do)

The U of T team took the top spot at the first meet of the competition, held in the spring of 2018 at the General Motors Proving Grounds in Yuma, Ariz. In the second year, they again placed first at the competition, which took place in MCity, a simulated town for self-driving vehicle testing that was built at the University of Michigan in Ann Arbor.

The third annual meet was originally scheduled to take place last spring at the Transportation Research Center in East Liberty, Ohio. However, it was postponed and reorganized due to the global pandemic.

“The goal of this year’s challenge was to simulate an autonomous ride-sharing scenario,” says Qian. “That means the car needed to arrive at a sequence of pre-determined address points and perform pseudo pick-up and drop-off behaviours. The routes would have been much longer and more complex compared with Year Two.”

In the absence of a live event, the organizers used what are known as “static event” scores, which are based on reports and presentations that the teams could submit remotely. These included an analysis of the social responsibility aspects of the project, the overall conceptual design and the results of a number of sophisticated computer simulations.

Qian says that the latest iteration of Zeus – as the U of T team’s car is known – includes a number of enhancements, including improvements in perception, path planning and GPS-free localization. The aUToronto team overcame numerous challenges to make the improvements – not least of which was co-ordinating more than 50 team members who were working remotely on the project.

“We are located in many different places around the world, so team building and organization becomes extremely important,” says Qian. “We have weekly meetings online where sub-team leads present their updates to the rest of the team, and we have also been planning virtual paper talks and knowledge sharing sessions.”

“aUToronto has been focused on putting together a top-notch self-driving car for three years now,” says Keenan Burnett, who served as aUToronto’s team lead for the first two years of the AutoDrive Challenge. “This win is the result of hundreds of hours of work by our team.”

“As a faculty adviser, I have watched with awe as the 100 per cent student-run team really seized this unique opportunity,” says Tim Barfoot, a professor at the U of T Institute for Aerospace Studies, or UTIAS, in the Faculty of Applied Science & Engineering. Barfoot, along with Assistant Professor Angela Schoellig is one of the two co-faculty leads of the team. He also serves as associate director of the University of Toronto Robotics Institute and the chair of the robotics option offered by the division of engineering science.

“Robotics is a very hands-on discipline, so experiences such as the AutoDrive Challenge are needed to complement classroom learning,” says Barfoot. “I am deeply grateful to SAE and GM for organizing this activity and the Faculty of Applied Science & Engineering for their ongoing support through the dean’s strategic fund. I feel our graduates are better prepared to head into the exciting field of autonomous vehicles than perhaps anywhere in the world at this moment in time. The fact that we won the competition is a bonus.”

The competition has been rolled into a fourth year, with a live meet set to take place sometime in 2021 – again at MCity in Ann Arbor, Mich.

“We’re very proud of the results of this third-year competition and are looking forward to raising the bar yet again at the fourth-year competition,” says Burnett. “Although we’re disappointed we didn’t get to show off our autonomous functions this year, we’re looking forward to going back to MCity and demonstrating our Level Four self-driving car.”

The team is also thinking beyond the end of the AutoDrive Challenge.

“We’ve always said we do not want to design a system that is specific towards this competition,” says Qian. “Our goal is to achieve full autonomy under many different scenarios.”