Think a more fuel-efficient engine is the green choice? Not so fast, U of T engineers say 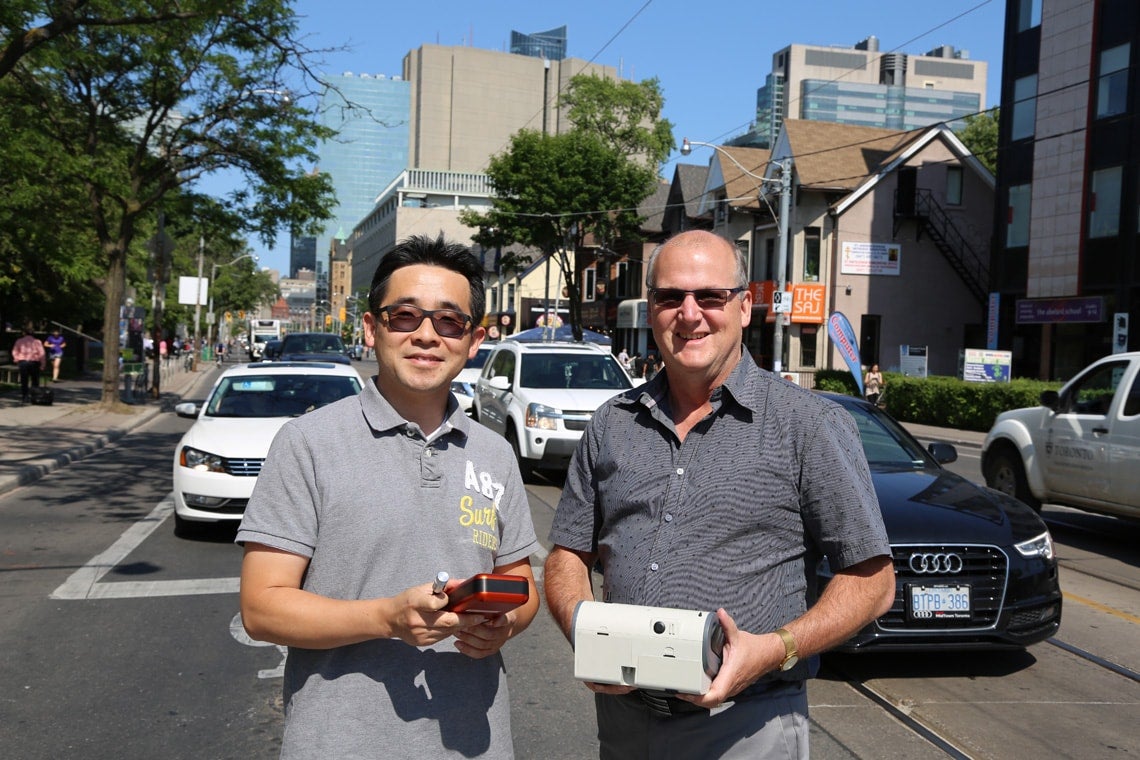 Trying to think green when buying a car? Whether your new fuel-efficient engine helps or hurts the warming planet depends on where you live and what you’re putting in the tank.

New cars aim to deliver high performance with maximum fuel efficiency, making them easier on both the environment and the wallet. To do this, auto manufacturers are adopting a smaller, more fuel-efficient engine type, called gasoline direct-injection (GDI) – between model years 2009 to 2015, the percentage of new vehicles sold with GDI engines jumped from five to 46 per cent.

But new research from the University of Toronto’s Faculty of Applied Science & Engineering shows that GDI isn’t necessarily the greener choice. Although GDI engines emit lower levels of CO2, they emit more black carbon – the climate-warming particle commonly known as soot – and toxic volatile organic compounds, such as benzene and toluene.

“The whole motivation for creating these engines in the first place was fuel efficiency. But what we haven’t considered are the other climate-related emissions,” says Greg Evans, a professor in the department of chemical engineering and applied chemistry and director of the Southern Ontario Centre for Atmospheric Aerosol Research.

“If a vehicle emits a small amount of soot, it can completely negate the lower amount of CO2 that it’s emitting.”

Evans, Naomi Zimmerman and Professor Jim Wallace, director of the Engine Research & Development Lab at the University of Toronto, first studied the chemical composition of emissions from GDI engines. They found that GDI emissions ranked in the 73rd percentile of all vehicles studied for black carbon, and in the 80 to 90th percentile for volatile organic compounds.

They then examined the climate trade-offs between reductions in CO2 emissions and increases in black carbon to determine whether this new engine type confers a net climate benefit. They found that whether GDI engines are the ‘greener’ choice depends on several factors, including fuel composition, temperature and lifetime of the vehicle.

Their work appeared in two papers in the journal Environmental Science & Technology.

“We found that in some cases, you need up to a 20 per cent improvement in fuel economy in order to offset black carbon emissions,” says Zimmerman, lead author on the studies. “Offsetting the black carbon  might be realistic in a place like California, where fuel composition is more strictly regulated and seasonal temperatures fluctuate less, but is harder to achieve in Canada.”

“All the complex interactions show that because of the well intentioned desire to mitigate climate warming, the technology is changing quickly and we are not properly considering all the trade-offs and side effects,” says Evans. “As engine designs improve, the balance between all these factors could change again.”