For these U of T researchers, mobile cinemas in China are a lens on society 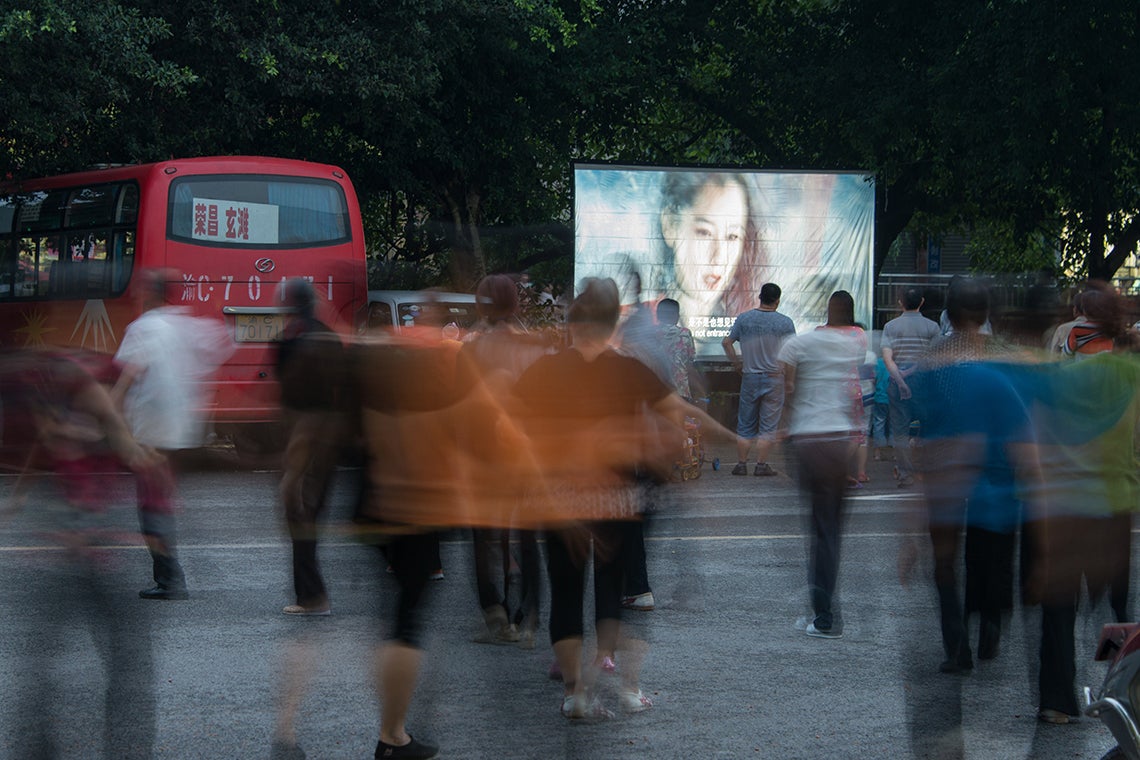 Mobile cinemas appeared in China in the 1950s as a means for the government to educate people and spread communist messages to the countryside. The roving cinemas ran until the late ‘80s, but their popularity waned as TV became widely accessible.

But audiences have started to flock to the mobile cinemas again recently, says University of Toronto historian Tong Lam.

“We noticed that in contemporary China the mobile cinema is actually making a comeback,” says Lam, an associate professor in U of T Mississauga's department of historical studies and director of the Global Taiwan Studies Program at the Munk School of Global Affairs & Public Policy.

Lam worked with Tina Chen, a historian at the University of Manitoba, and Thomas Lahusen, a professor in U of T’s department of history, to document modern mobile cinemas in photographs, interviews and film. They travelled to China’s southwestern province of Sichuan to embed themselves with projection teams and talk to audiences.

“From the images, you can see that we are documenting a very diverse nation,” Lam says. “There are different demographics – ages, classes and groups of people – watching these films.”

Lam's planning a photo-essay book based on the project, and recently displayed photos of mobile cinemas in China at the Scotiabank CONTACT Photography Festival. 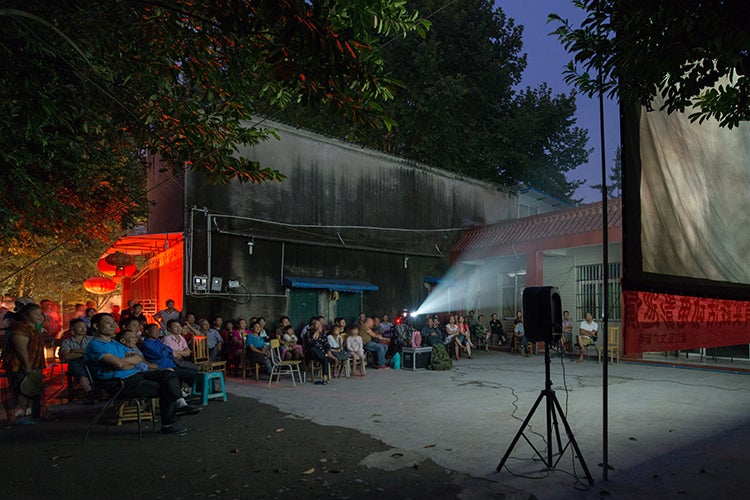 Mobile cinemas, which sprang up in China in the 1950s as a way of educating people in the countryside and spreading communist messages, are making a comeback in contemporary China, according to historian Tong Lam and his research partners (photo courtesy of Tong Lam)

In the early years of China’s mobile cinemas, screenings drew thousands of people from surrounding areas.

“In the early days, rural people might not have had electricity and wouldn’t have experienced a loudspeaker and lights at night,” Lam says. “The films were propaganda, but they were also entertainment and a way to erase the difference between the city and the country.”

Today, there are between 40,000 and 50,000 active mobile project teams in China, Lam says. “The old technology has been replaced. Now, it’s digital downloads or satellite. On any single evening, there will be hundreds and hundreds of cinemas across the country in cities and villages in different landscapes, with different groups of people and so many different films.”

The mobile cinema isn’t the only screen around anymore. Lam says that, increasingly, the cinemas must compete with illuminated billboards and cellphones. Even still, the outdoor cinemas continue to draw crowds who come for many reasons. “Just like watching baseball isn’t always about watching baseball, the cinemas are about catching up with friends or drinking in a public space,” Lam says. “We see people watching, chatting and using their cell phones. They don’t really pay attention.”

While watching habits have changed, so has the content of the films.

“Thirty years ago, audiences would have watched propaganda films about the founding of the People’s Republic of China and about celebrating the revolution,” Lam says. “The new wave reflects current Chinese development, which is creating urban disparity, unevenness and social discontent. The new government propaganda is more about asking people to be patriotic and not make trouble. It’s about creating a unifying message that everyone is one, regardless of where they are.”

The mobile cinema can be seen as a window into socioeconomic disparity in China and the global media landscape, Lam adds.

“LED screens might show state propaganda and commercials, and it’s not clear where it ends. It all becomes the same thing – the Communist Party and luxury cars and jewelry.”

Funding for the project is provided by the Social Sciences and Humanities Research Council and the University of Toronto.