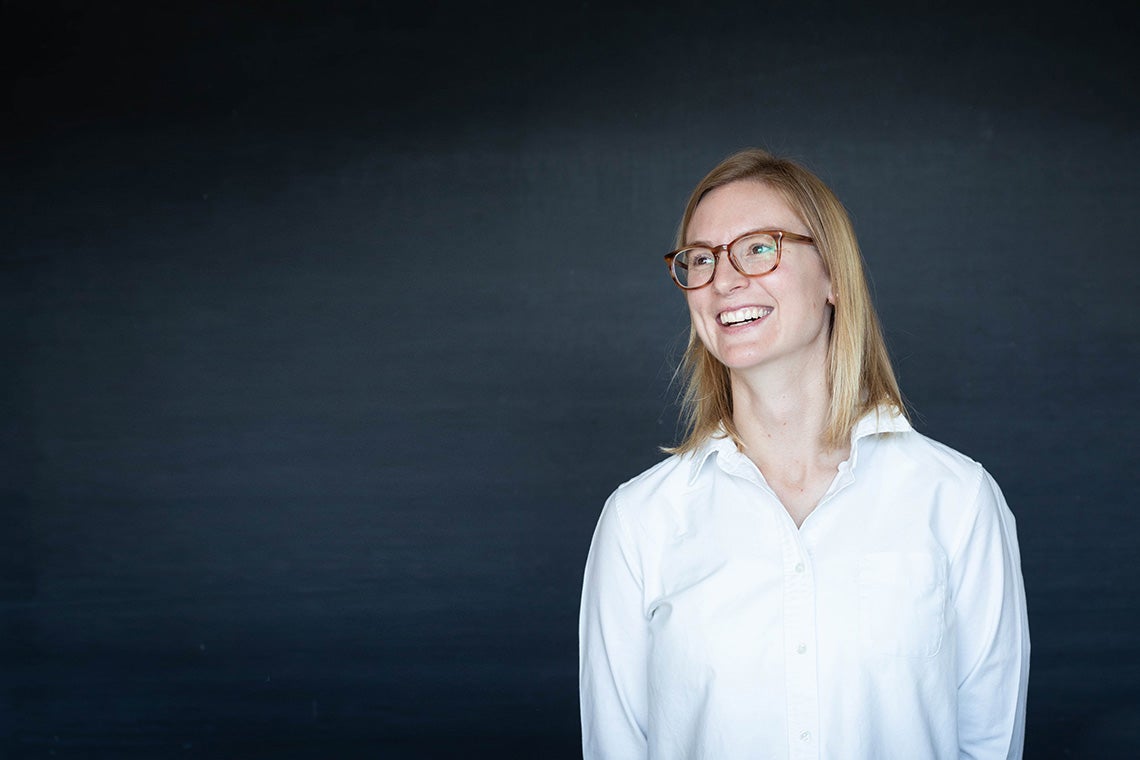 "I know this sounds pretty cliché, but I wanted to do something that could help people, especially marginalized people," says Monica Alexander about her statistics work

Life is not a level playing field, but if you ask Monica Alexander, assistant professor in the University of Toronto's departments of statistical sciences and sociology, she will quickly point out that death isn’t either.

Marginalized populations are disproportionately vulnerable to conditions or events that can cause an early or unnatural death. By analyzing data on who dies, when and how, researchers like Alexander can learn a lot about how to improve or even save people’s lives.

For example, insights gained from data on child mortality can lead to more effective social policies. Likewise, recognizing patterns in the spread of a lethal epidemic might help contain future outbreaks.

Unfortunately, it’s not quite that easy. Reliable information on issues that affect vulnerable populations is often sparse – and without the right tools, prying trustworthy knowledge from datasets riddled with holes can quickly turn into guesswork. Filling in those gaps by using the right tools is at the core of Alexander’s work. Her research focuses on developing statistical methods that produce reliable results, particularly when there is little data available.

Her passion for serving disadvantaged people has led her to contribute to research projects that have informed the work of organizations such as UNICEF, the Bill and Melinda Gates Foundation, the World Health Organization, and the Human Mortality Database.

Dee Keilholz of the department of statistical sciences in the Faculty of Arts & Science spoke to Alexander about her work at the intersection of statistics and social sciences and her passion for making a difference.

What motivates you to do the kind of work you do?

I know this sounds pretty cliché, but I wanted to do something that could help people, especially marginalized people. There’s a lot of inequality in death because vulnerable populations tend to be just so much more affected.

I knew I was never going to become a doctor. I’m terrible with blood, but I realized that I can use my skills in analyzing health and mortality outcomes to impact social policy.

Your work focuses on developing statistical methods to overcome data gaps. Why is it that data on disadvantaged populations seems especially sparse?

Populations that have the highest death rates unfortunately also have the worst data. Child mortality, for example, is substantially higher in places like sub-Saharan Africa than it is in Canada, but because we don't have a good registration system for deaths in sub-Saharan Africa, we don’t have a lot of information to work with. That makes it difficult to get a sense of how mortality is changing or what efforts to improve health are successful. That’s where my work comes in. I might have some data from surveys or small-scale surveillances and then I try to figure out how we can get a good picture of what is going on, despite the data not being perfect.

How do you do that?

By applying different statistical methods on sets of data and using the trends that I see to inform my estimates – in combination with a demographic approach.

A classical demographic approach is to use strong empirical regularities. We humans are actually quite predictable about when we’re going to die. When you look at mortality by age groups, there’s a very distinct shape that looks like a “J”. The rate of deaths is a bit higher in the first years of life, but then it dips down. With old age, it increases again. You can use prior knowledge like that to adjust and model biases in the data.

You recently co-published a paper on the opioid crisis. What did you find?

That paper was inspired by a New York Times article on how the opioid epidemic was mostly affecting white people. I’m always skeptical when it comes to narratives about health or death that focus on white populations when things tend to be usually worse for minority populations.

We looked at data from 1979 onwards to figure out how this epidemic has evolved over time for both white and Black populations in the U.S. We found that opioid deaths are increasing at an alarming rate for both. However, while white populations have a higher mortality rate today compared to 15 years ago, the current number of opioid-related deaths is increasing at a higher rate for Black people. That suggests that the narrative of the opioid crisis as a white, middle-class epidemic, driven by bad prescription practices, isn't entirely accurate.

What’s a project you enjoy working on right now?

I'm currently working on a project using Facebook data to get a better sense of the migration wave that happened in Puerto Rico around the time of Hurricane Maria. How many people left? Where did they go? Did they go back? What are the demographic characteristics such as age, sex or education? We can learn so much from not just looking at the overall number of people who left but also at who are these people who were affected.