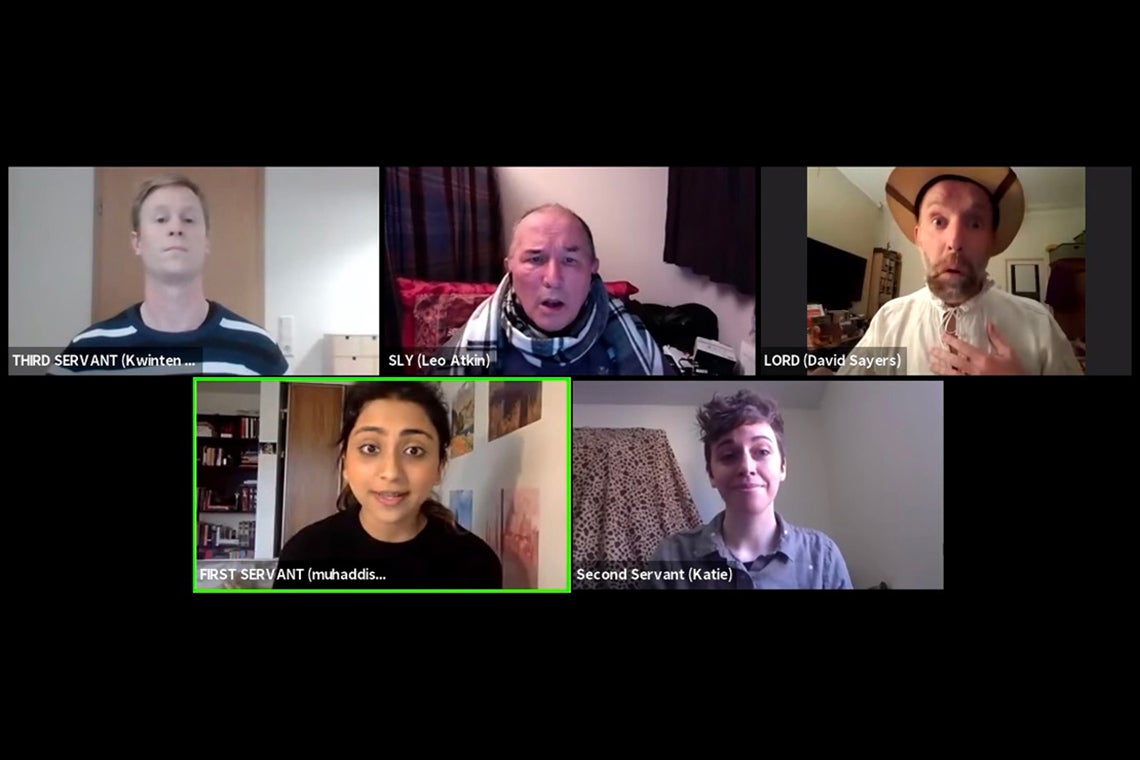 Amid theatre closures and live show cancellations due to the COVID-19 pandemic, one theatre and drama studies student at the University of Toronto Mississauga is finding new ways to connect with other artists to share their talents with a worldwide audience.

Muhaddisah Batool, a third-year student, recently took part in a live-streamed performance of The Taming of the Shrew, which is part of an initiative called The Show Must Go Online. Created by Glasgow-based actor, filmmaker and writer Robert Myles, The Show Must go Online consists of weekly readings of the complete plays of Shakespeare in the order they are believed to have been written.

The actors, each appearing from their own homes over the video-conferencing app Zoom, practised a few times before the live show, Batool says, adding that it was interesting to navigate the technology while performing, including lags in the video. There was also a lack of immediate feedback from the audience.

“I felt like I was performing in a void,” Batool says. “We didn’t have anything except our acting.”

The Taming of the Shrew was the second performance Myles streamed on YouTube, consisting of a cast of 22 actors from across the globe who volunteered their time. Batool, who plays the first servant, says she was “over the moon” when she first learned she landed a part in the performance. 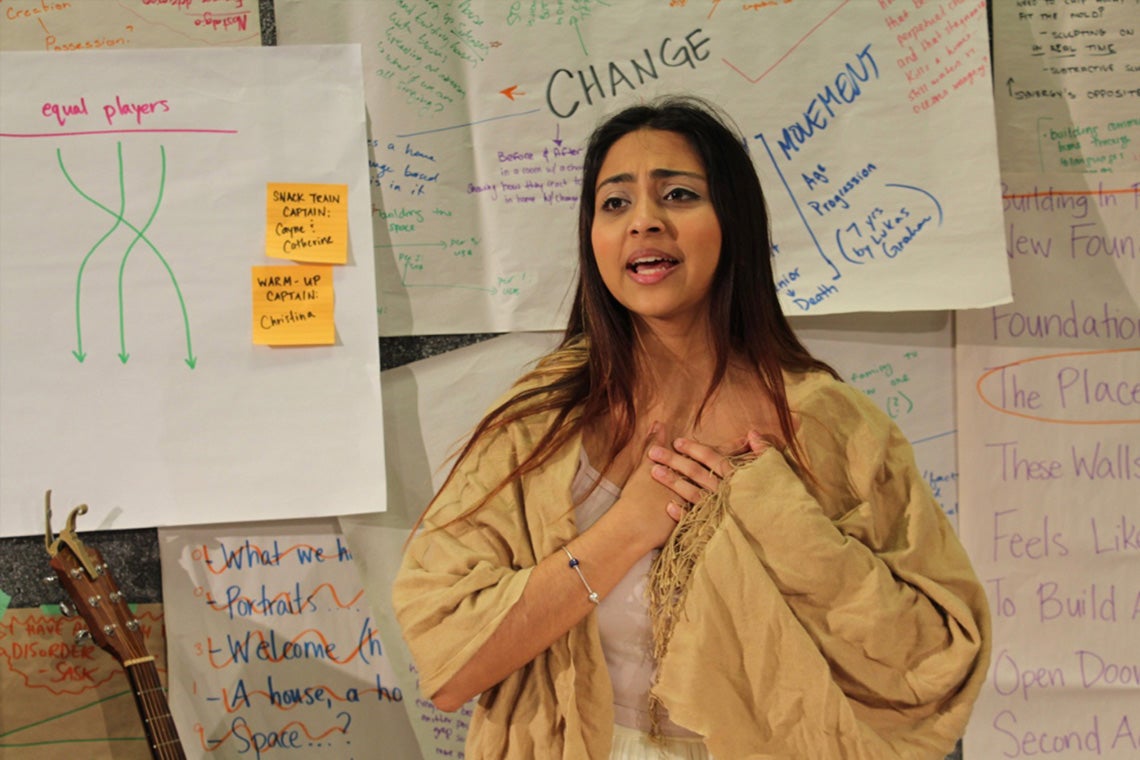 With theatres closed due to the pandemic, U of T Mississauga student Muhaddisah Batool is finding ways to share her art online (photo by Miranda Wiseman)

Before the live performance started, the players, each plugged in from their own homes, introduced themselves to the audience. Most were professional actors. Flattered that she had been chosen to participate, Batool says she felt pressure to not only represent theatre students, but also Canada.

Being in separate spaces posed some challenges, especially for such a physical play. Handing props between characters required creativity. Batool says they deliberately changed the items to draw attention to the form. For example, a glass of red wine handed to one character changed to white wine when it showed up in the other frame. Batool says when she had to yank off Petruchio’s boot, the actor playing Petruchio (from his home in Los Angeles) showed his leg being pulled, and then she pulled her own boot into her frame before taking a whiff and commenting it smells terrible.

The performers had been told to be more emphatic or exaggerated to help match the energy levels they’d find in a room filled with 100 people. After the show, audience feedback was shared with the cast so they could see that people around the world enjoyed – possibly even needed – the performance.

After the show stopped streaming, the actors stayed online to chat with one another for about an hour, despite the difference in time zones.

“I was surprised … we felt such a connection to each other,” Batool says.

This is the second performance Batool has done online since the pandemic closed theatres. Recently she used Instagram Live to share an altered version of a solo performance project she had planned for her theatre class. That performance, she says, was for “personal artistic fulfillment.”

Now that she has been involved with The Show Must Go Online, she plans to put her name forward for their upcoming rendition of Antony and Cleopatra or Measure for Measure, two plays she’s long wanted to do. In the meantime, she will explore the digital medium further by adapting works of literature and presenting the characters as if they were YouTube stars.

A firm believer that live theatre needs to be accessible to a broad audience, Batool says there’s a need to share art with as many people as possible. She is heartened to see some of the larger theatres are finally putting their archival footage online. “I am glad this is happening,” she says.