Tech jobs are booming in Toronto: U of T’s Innovation Policy Lab collaborates on startup report 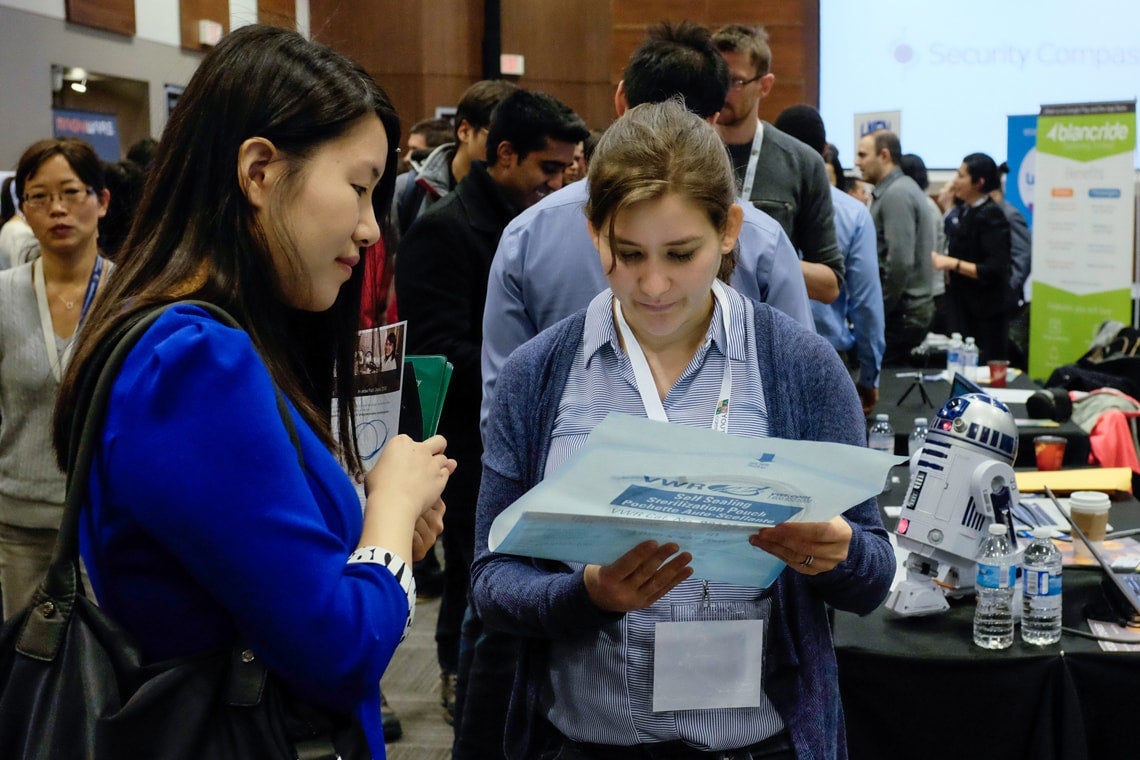 Technology has become an integral part of our lives, changing the way we work, play and communicate.

It’s also a growing share of our economy – especially here in Toronto – where tech jobs are a hot commodity in every sector from banking to health care.

A new report published by TechTO, an organization that supports startup firms in Toronto, explores the ways to support and strengthen technology-driven jobs in the Toronto area.

The Innovation Policy Lab at the University of Toronto Munk School of Global Affairs collaborated with consulting firm PWC and economic data modelling firm Emsi on the report.

The Innovation Policy Lab provided the policy recommendations in the report –  with an analysis by Travis Southin, a PhD student in political science, and input from the innovation lab’s co-director, David Wolfe, who is a professor of political science at U of T Mississauga.

U of T News spoke with Wolfe about the report and the role of universities and all levels of government in ensuring tech jobs continue to thrive in Toronto.

The key finding is that tech jobs are large and are growing. It’s one of the fastest-growing sectors in the Toronto economy, and it is relatively high paying compared to other sectors.

You go downtown in the central business area of Toronto and look at the firms that are there – most of them involve high degrees of technology.

The banks alone are employing thousands of technologists to run their IT systems, to analyze their data, and to deliver their services and benefits for their own employees. There are literally dozens and dozens of firms in the core of the city that provide specialized services and inputs to the financial services industry.

What is Toronto's tech ecosystem?

The idea was to portray the broader tech economy in Toronto as both tech jobs inside what we traditionally view as tech firms, and as tech jobs inside more traditional firms. We thought it would be an important way of helping people to comprehend the extent to which digital technologies are transforming the whole economy in the Toronto region at the moment.

When we talk about it as an ecosystem, what we mean is that there are a lot of interrelated pieces that go into supporting the growth of the tech economy. It involves work and jobs. It involves education and training of people (immigration plays a critical role). It involves government providing the necessary policy supports. It can involve financing.

The ecosystem concept is generally used to portray the interplay of all these different pieces that go together to support the tech economy.

The report says Toronto’s tech ecosystem is growing two times faster than the rest of the Canadian economy. Why is that?

Toronto is rapidly becoming a mega-city. Toronto is in the process of moving from a B-ranked city to an A-ranked city on a global scale. If you look at what is going on in the greater Golden Horseshoe –Toronto, Hamilton, Niagara, Kitchener-Waterloo, Guelph, Markham, Oshawa – this part of the provincial economy is really the engine that’s driving most of southern Ontario and is leading much of the rest of the country at the moment.

Does education play a factor?

One of the things the report correctly identifies and echoes some of the research we’re doing at the moment is that the demand for people trained in different technology skills is growing faster than supply. We need to encourage more young people to be interested in pursuing technology-related careers. We need to make sure there are enough opportunities at the post-secondary level to do that.

But we need to overcome gender and other biases about who’s an appropriate candidate for a tech job, so the report talks about initiatives to encourage more women to learn how to code. There are a number of initiatives in the city to do that. We need to create more gender and ethnic diversity in the people who are choosing to pursue these careers at the post-secondary level.

We need to ensure that the potential base of people pursuing careers in tech is as broad and diverse, as the population in the greater Toronto region.

And what's the government’s role?

The report was targeted both at the population of the city in general – we wanted to make people in the city aware of what a critical part of the Toronto economy tech constitutes – but also governments at all three levels. We wanted to make them aware of the importance of the tech economy. The policy recommendations section, which the Innovation Policy Lab contributed to, are some concrete suggestions to help governments look at what they could be doing to better support the growth of the tech economy.