The surprising role of childhood trauma in athletic success: U of T expert 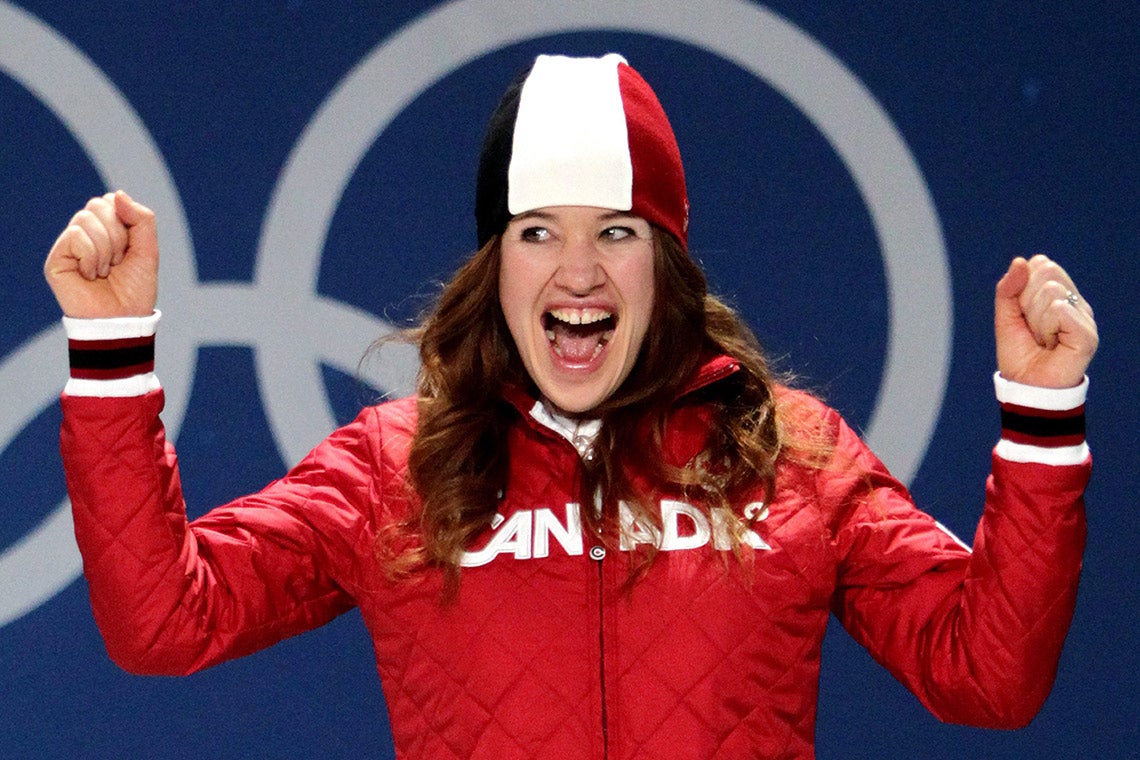 The story of Canadian speed skater and cyclist Clara Hughes, the first ever Olympian to win multiple medals in both the Summer and Winter Games, is a story of triumph over adversity. Before she was hard into endurance sports, she was hard into drinking and drugs – a teenaged attempt to escape life at home with her father and his alcoholism.

British tennis player Andy Murray survived the 1996 massacre at Dunblane primary school in Scotland by hiding under a desk, aged eight. American gymnast Simone Biles spent her early childhood in the foster care system. Indeed, research suggests that many of the world’s greatest athletes may have similar stories of childhood adversity.

One study led by sport psychology professor Lew Hardy in the United Kingdom compared 16 Olympic champions against 16 non-medaling Olympians. All of the medalists were exposed to trauma as children – including parental death or divorce, physical and verbal abuse or an unstable home environment – compared to only four of the non-medalists.

Having recently completed my PhD in sport psychology, I was surprised to learn that traumatic experiences may have a so-called silver lining in sport. In fact, these findings ran counter to everything I knew about adverse childhood experiences (ACEs). Abuse, neglect and household dysfunction before the age of 18 increase the risk of several negative health outcomes, including substance abuse, depression and obesity – not ideal ingredients for athletic success, it would seem.

Sport researchers and psychologists have grappled with the notion that “talent needs trauma” in recent years. The phrase has sparked debate over how trauma is defined, and the necessity of trauma for success in sport.

Perhaps more importantly, there’s been concern over how practitioners, such as talent scouts and coaches, may act on these findings – particularly considering recent revelations and allegations of extensive child abuse in sports, from gymnastics in the United States to soccer in places as far afield as the United Kingdom and Afghanistan.

Unfortunately, adverse childhood experiences are relatively common. According to the U.S. Centers for Disease Control and Prevention, approximately 60 per cent of the population reports at least one ACE.

In contrast, the U.S. National Collegiate Athletic Association’s most recent data suggests that only one in 2,500 high school athletes will make it professionally, and substantially fewer will ever win an Olympic gold medal. Clearly, trauma alone isn’t enough for athletic superstardom.

With this caveat in mind, a closer look at the research shows that it’s not the trauma itself that creates sports superstars – it’s what the athlete brings into and takes away from the experience, as well as opportunities to participate in a supportive sport environment.

Of particular note, the evidence suggests that “trauma” is not confined to abuse, neglect and household challenges. Other forms of adversity may produce this effect as well.

While several studies have identified early non-sport traumas as critical periods of growth, athletes have also described injuries and other sport-related adversities as key turning points that shaped future performance.

When faced with adversity – in sport or in life – the most successful athletes in these studies were the ones who were able to learn from and reflect on the experience.

After analyzing the autobiographies of eight Olympic swimming champions in 2015, sport psychology researchers Karen Howells and David Fletcher of Loughborough University described trauma as a “motivational trigger” that fuelled an intense will to win.

In addition, the Olympic champions and multiple medalists in Hardy’s study described experiences of childhood trauma that were followed by a positive sport-related event, such as finding an important coach, mentor or a sport in which they thrived.

Thus, both the ability to grow from trauma and opportunities to succeed in a supportive sport environment appear important for athletic success.

I should add that not all of the research conducted in this area supports these findings. In a 2016 study of 54 “super champions” (ranked in the top three in their sport internationally), “champions” (ranked in the top 40), and “almosts” (world junior medalists with no senior-level success), researchers did not find any evidence that sport or life trauma was necessary for success, nor could traumatic experiences be used to differentiate the groups.

Another study published in 2017 found that 20 elite athletes reported primarily sport-based trauma, negotiated through innate psychological skills. In other words, these athletes were equipped with the skills to effectively traverse adversity before they faced it.

How do we make sense of this research? Are the best athletes in the world born with the psychological skills to succeed, or do they develop the mental tools for success through post-traumatic growth?

The way I see it, it’s a little bit of both. As a talent scout or coach, you can’t expect great things from an athlete just because they’ve had a hard life. There’s also no reason to thrust adversity upon someone with the assumption that they will benefit from the experience.

The best way to produce resilient athletes is to provide a challenging and supportive sport environment – one where athletes feel physically and psychologically safe in their experiences of success and failure.

Trauma may present itself as a unique learning opportunity for some people, but is far from a recipe for global success.

Veronica Allan is a global journalism fellow at the University of Toronto's Munk School of Global Affairs & Public Policy.