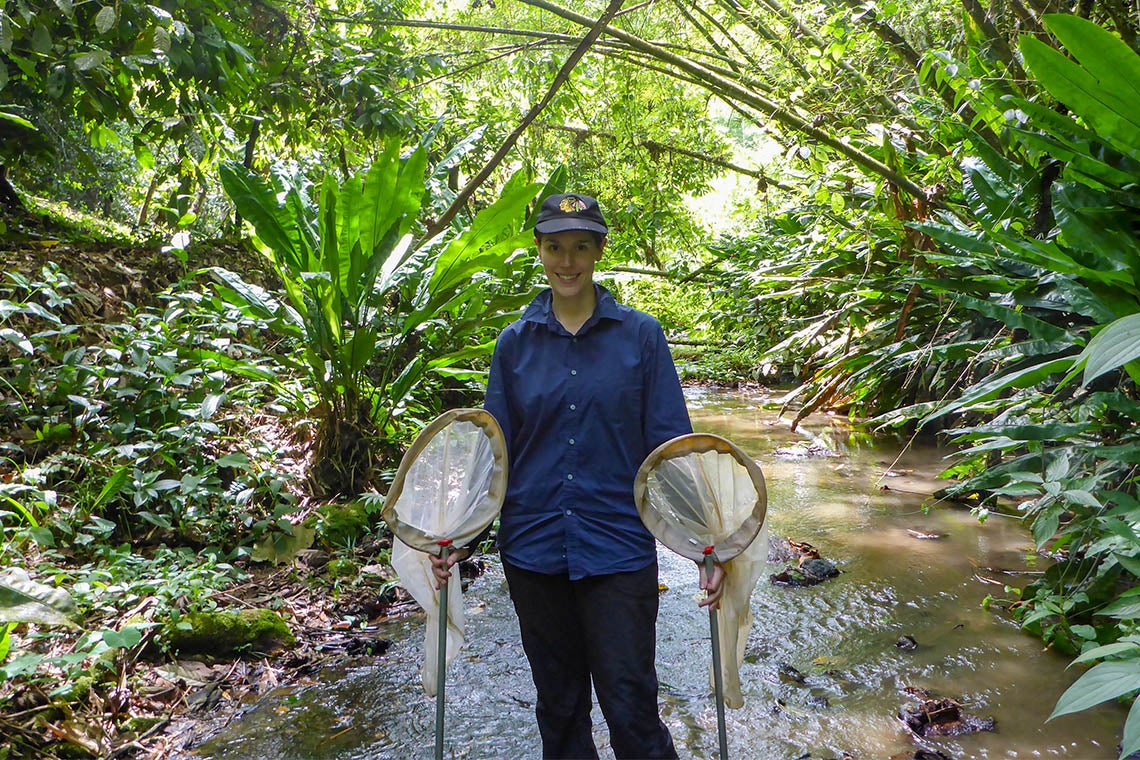 U of T PhD candidate Alex De Serrano is the lead author of a study that found the effects of drugs such as Ritalin and Concerta could be detected in multiple generations of guppies, including those with no direct exposure (photo by Helen Rodd)

By studying guppies, scientists at the University of Toronto and Florida State University found that behaviours affected by methylphenidate hydrochloride (MPH) – the active ingredient in stimulants such as Ritalin and Concerta used to treat ADHD – can be passed along to several generations of descendants.

“We exposed male and female Trinidadian guppies to a low, steady dose of MPH and saw that it affected the anxiety and stress-related behaviour of males, but not females,” said Alex De Serrano, a PhD candidate in the department of ecology and evolutionary biology (EEB) in the Faculty of Arts & Science and lead author of a study published recently in Scientific Reports.

“Because of this male-specific effect, we investigated the effects of MPH through the paternal line and observed the same behaviours in several generations of their descendants not directly administered the drug.”

The findings add to growing knowledge about paternal effects on offspring, as well as the capacity for those effects to span multiple generations – of which even less is known.

From one month of age and through adolescence and into adulthood, first-generation guppies were exposed to MPH via the water in which they lived. The researchers then compared their behaviour against a control population exposed to non-treated water and observed that the males exposed to Ritalin were less cautious when placed in a new environment, compared to those not treated with the drug.

“The Ritalin-treated males showed less inhibition than expected when moved to a new environment,” said De Serrano. “Under natural conditions, guppies would be expected to freeze if they found themselves in such a situation, as this allows them to assess their new surroundings for predators and other threats.”

“It suggests that Ritalin has the potential to cause changes that persist across several generations,” De Serrano said. 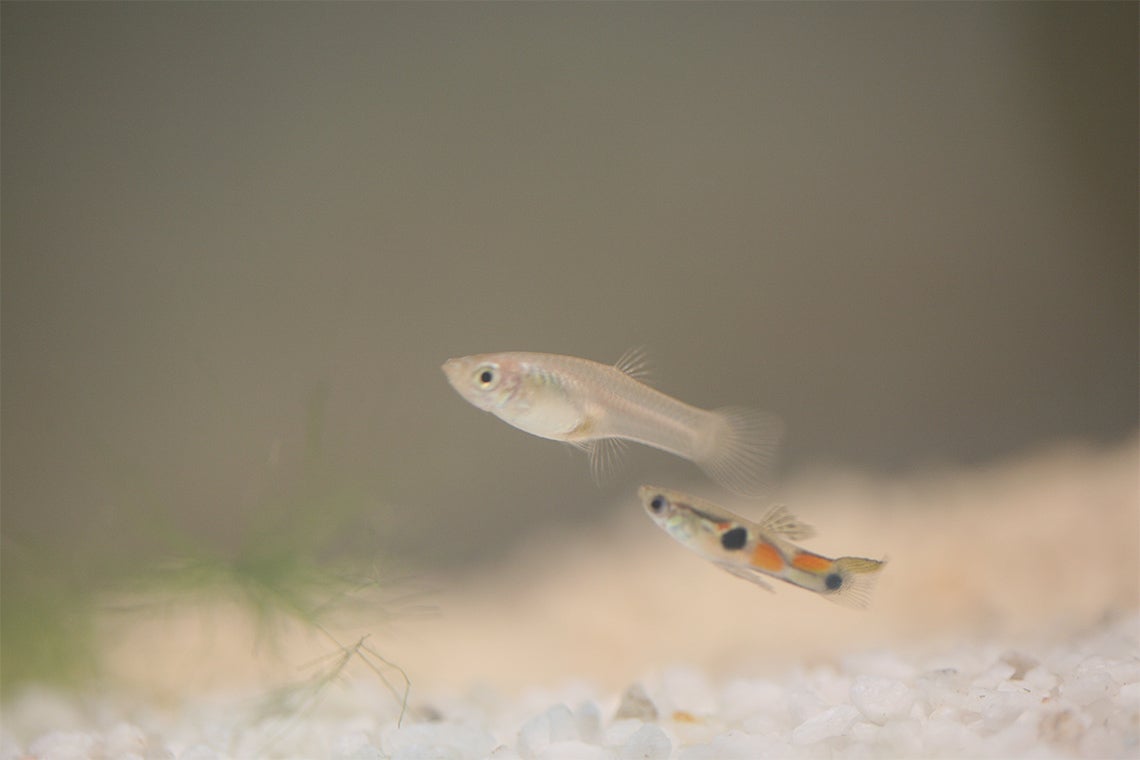 The study’s findings contribute to a growing understanding of paternal effects on offspring, as well as the capacity for those effects to span multiple generations (photo by Alex De Serrano)

The researchers say the paternal effect of behavioural change may be transmitted to descendants via non-genetic modifications to the sperm of male ancestors exposed to Ritalin. Such molecular changes that don’t affect DNA are a potential mechanism for males to transmit information about their environment – including exposure to drugs or pollutants – to future offspring.

“In many species, including guppies, males do not interact with offspring beyond contributing sperm, so it was traditionally thought that paternal effects would be limited to species where fathers provide some type of care to offspring or other resources to mothers,” said Helen Rodd, a professor in the department of ecology and evolutionary biology who is De Serrano’s supervisor.

“I was surprised to learn that no studies had investigated whether a drug so commonly prescribed to adolescent boys to treat ADHD affects the behaviour of their offspring,” said De Serrano. “Because reduced caution in new situations has been associated with increased drug-seeking behaviour in rodents and humans, our results suggest that long-term exposure to Ritalin could increase the propensity for drug abuse and other affective disorders in males and their descendants.”

However, the researchers note that, as with all comparative studies, their results only hint at general processes that might be occurring in humans and are not directly translatable to human populations.

“More research is required to determine the mechanism that caused this altered behaviour to persist across generations,” said De Serrano. “And in order to extend these results to humans, longitudinal studies following individuals taking Ritalin and their offspring are needed.”