Studying during reading week? U of T researcher says focus on large amounts of info for short intervals 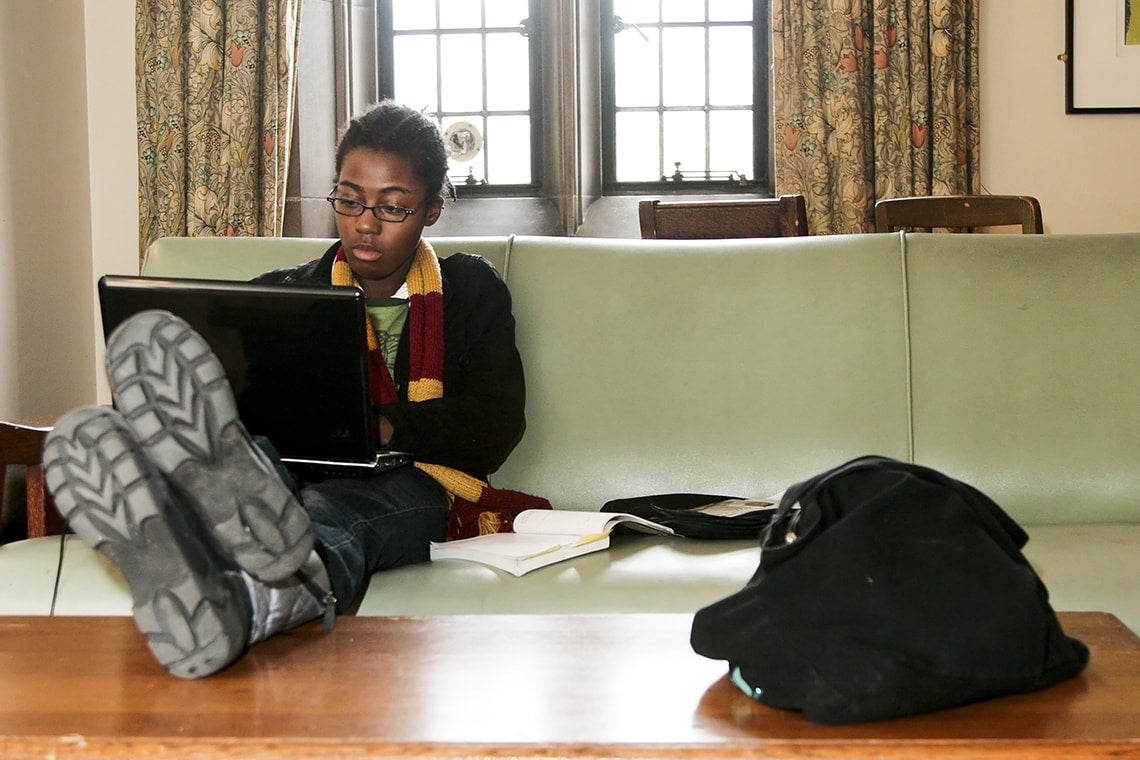 As you're studying this reading week, findings from a U of T psychology researcher may help (photo by Jason Krygier-Baum)

Keisuke Fukuda's theory was born out of learning English in high school when he would train himself to look at hundreds of words for a short duration, to help learn more effectively in less time

Here’s a study tip for reading week: focus on larger amounts of information, for shorter bits of time.

That can be more effective than mulling over smaller amounts of material for longer durations, says Keisuke Fukuda, assistant professor of psychology at U of T Mississauga. 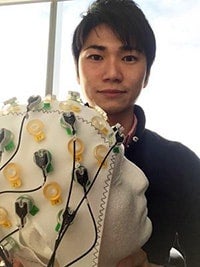 As part of an experimental study in his lab, he presented individual pictures to participants for 100 milliseconds and had them think about the picture for 500 milliseconds.

Then, Fukuda (pictured left) showed the picture for the same amount of time but had them think about it for about three seconds.

“I compared which one leads to better learning, and it’s the one that had a shorter amount of study time, each time,” he says.

Currently, his research has a two-part focus.

One involves “reading” the mind to understand it better, explore the capacity for a significant amount of memory storage and why that memory sometimes fails us. The second is “leading” the mind to make it function more efficiently and improve our ability to learn and retain information.

To do this, Fukuda uses scalp electroencephalogram (EEG) technology with a fabric “beanie” cap that has small, flat metal discs (electrodes) embedded in it. The electrodes monitor electrical activity in the brain while participants are asked to do various memory-related tasks in a controlled setting.

For example, in one study the participant is shown several pictures of different objects and is asked to remember all the details in the picture. Fukuda says this mimics a lot of the visual information we encounter and need to remember on a daily basis, such as where we parked our car or where we put our keys.

Once the stimuli are presented to participants, they will retain some details but forget others, and Fukuda will review the brain wave data collected during the study to see what was going on in the brain that led to successful encoding and remembering.

Fukuda is also interested in finding out if there are side effects to trying to improve memory.

Though recollections from our younger years can sometimes be a bit murky, Fukuda remembers quite clearly when he first got interested in memory research as an adolescent.

“I was a struggling high school student, and I hated how horrible my memory is, especially for something that I am not really interested in,” says Fukuda.

“I went to high school in Japan where you don’t have many electives, so you have a fixed schedule with math for two hours, classical Japanese, etc. But to get into college to do what I wanted to do, I knew I would have to put in a lot of time studying hard, though I didn’t want to. I thought I should focus on a more efficient way to study, and in order to figure that out, I needed to know how memory works.”

Fukuda says his short-versus-long-study theory was also born out of his learning English in high school, when he would train himself to look at hundreds of words for a short duration, maybe just a second or shorter, to help learn more effectively in less time.

“So that’s how I got into this business – as a lazy student,” he says with a laugh.