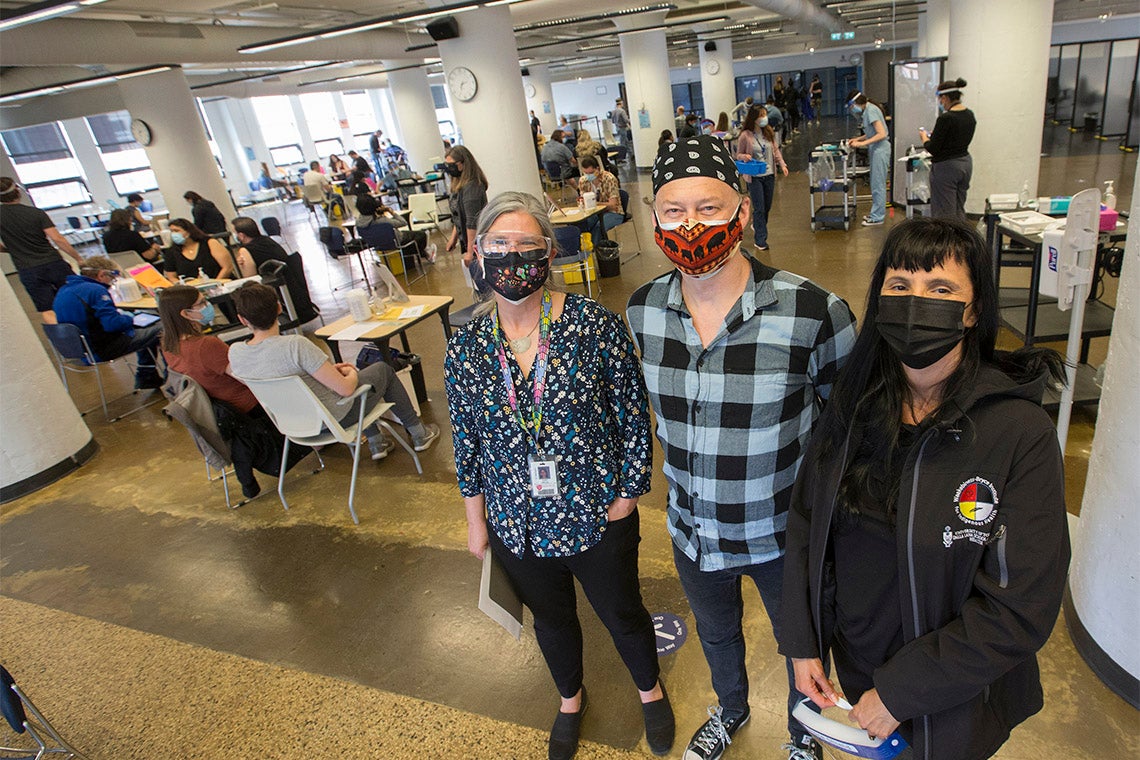 The vaccination rate among Indigenous Peoples in Toronto and London, Ont. is lower than that of the general population, Global News reported based on a study by researchers at the University of Toronto, Unity Health and University Health Network.

“Indigenous people were one of the three very first priority groups for access to vaccine in Ontario, along with health-care workers and people that were living in long-term care homes, but despite that prioritization, we’re actually still seeing significant gaps,” Janet Smylie, a professor at U of T's Dalla Lana School of Public Health and a researcher scientist at St. Michael’s Hospital who was one of the study’s authors, told Global.

One of Canada's first Métis doctors, Smylie volunteered and performed at a vaccine pow wow hosted at U of T's Varsity Stadium last summer, and participated in other vaccine-related outreach activities focused on Indigenous communities.

Jaris Swidrovich, a pharmacist from Yellow Quill First Nation and an assistant professor at the Leslie Dan Faculty of Pharmacy, who was not involved in the study, told Global that a history of experimentation and experiences of racist health care contribute to Indigenous Peoples’ low vaccination rates.“There’s certainly a number of very valid reasons why Indigenous Peoples may choose to either delay or to not receive an immunization,” he said.

Read the story at Global News