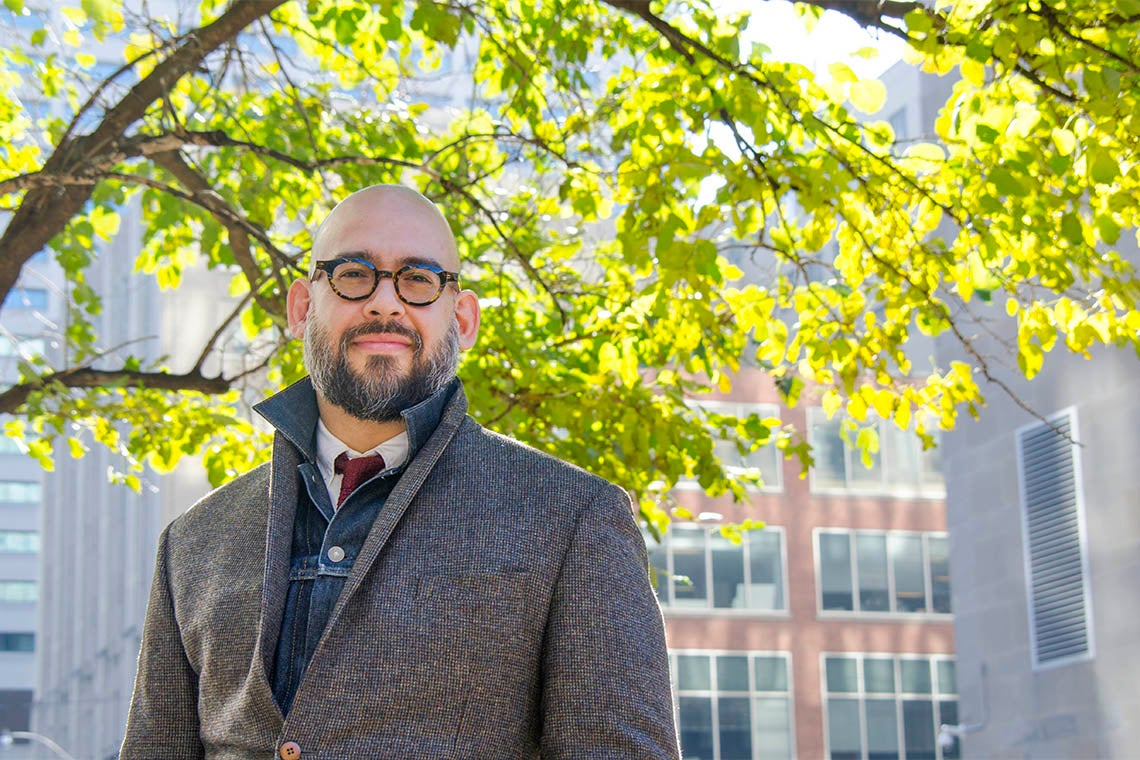 Carlos Quiñonez, an associate professor in the Faculty of Dentistry and lead researcher of the study, says its the first time such a large volume of complaints to a health-care regulator have been examined (photo by Jeff Comber)

A groundbreaking study of complaints made to the Royal College of Dental Surgeons of Ontario (RCDSO) over an 11-year period is yielding new insights into perceptions surrounding oral health-care professionals and their standard of care.

The nearly two-year study, led by researchers from the University of Toronto, looked at complaints made to the RCDSO – the regulatory and licensing body governing dentists and their standards of practice – between 2007 and 2017.

Among the findings: There were as many complaints about patient interaction and interpersonal skills there were about clinical outcomes, errors and safety. The lowest number of complaints, by contrast, were focused on areas like management and access to care.

“This is a unique study of its kind internationally,” says Carlos Quiñonez, an associate professor in the Faculty of Dentistry and lead researcher of the study. “People have conducted similar studies in hospital and other health-care settings, using questionnaires and patient satisfaction surveys, or case files of regulatory findings once the regulator has weighed in. But no one has taken this volume of complaints to a regulator and quantified them.”

The research team examined 2,199 letters, drawn from a total of 4,627 total complaints made to the college, making it what is believed to be the largest longitudinal study of patient complaints to date.

“One’s experience when receiving care is so subjective, so how that translates into the letters themselves is very unique,” explains Monika Roerig, a research associate and a lead organizer of the study.

To overcome that challenge, the researchers piloted a framework that turned qualitative complaints into quantitative data. With a primary batch of 100 letters, the team was able to code individual words or expressions like “examination,” or “pain.”

Those complaint codes were then organized into domains: clinical care and treatment; management and access to care; and relationships and conduct – with those broken down further into subdomains. The remaining 2,099 complaints, chosen randomly by RCDSO staff involved in the project, were subjected to the same taxonomic coding.

Overall, the team counted a total of 17,752 complaint codes in the analysis process.

A rigorous methodology was then applied: The coding framework was revised, tested, and revised again during the initial pilot study. It was continually fine-tuned as the study went on so the team could ensure the coding was as bias-free as possible and asserted the complainants’ perspective. Meeting weekly for a year, the team would often re-code the letters, “so we could ensure the rater’s reliability and make sure we were all on the same page,” says Quiñonez, who is also the director of the graduate program in dental public health.

The team found that 59 per cent of all complaints were related to clinical care and treatment, while 56 per cent involved interpersonal relationships and conduct – such as how the patient was treated – and issues around informed consent (since there were often more than one issue in a single complaint, the numbers do not add up to 100 per cent).

The lowest volume of complaints – 42 per cent –  involved management and access to care.

The complaint analysis allowed the team to observe trends over time, says Julie Farmer, a PhD student at the Faculty of Dentistry who collaborated on the project.

To that end, the researchers noted a small increase in patient letters over the past few years, which coincided with the development of an online complaint submission process. But Farmer says the number of complaints per category didn't really change. “They stayed consistent,” she says.

While the majority of complaints originated with patients, samples had also been collected from family members, dentists, hygienists, nurses, pharmacists and more.

“I think this study really revealed some valuable information from all members of the public,” says Roerig, who is now a research co-ordinator at the Institute of Health Policy, Management and Evaluation at the Dalla Lana School of Public Health. “The study shows us that it’s important to have excellent clinical care and safety, but communication and interpersonal skills were extremely important. The two work hand in hand.”

Farmer agrees. “One of the big things was how a large percentage of the complaints were about interaction and communication,” she says.

Laura Dempster, an associate professor at the Faculty of Dentistry and a key investigator on the study, says the findings support what dental educators already know – namely that “communication is a core skill integral to clinical care, and communication competence is necessary for all health-care providers.”

Now that data can be put to work improving patients’ experiences in the dental office. “The results have implications for the regulator,” says Quiñonez, adding that curriculum is a key component. “It’s really important from an educational perspective. I don’t think we do enough on communication, on relational competency.

“We can do better from the point of view of social competence in dentistry.”

The study could influence practice standards or trends in continuing education, where content can be tailored to fill those gaps. However, Roerig cautions that any changes to regulations or curricula cannot rest on the results of the study alone. “I think it’s a tool they can use in conjunction with other research,” she says.

After giving a presentation on the study at the annual meeting of the International Association for Dental Research, the team was approached by a group in the U.K. that was interested in adapting the taxonomy for a similar health study.

“It has been an honour for us to share our findings not only in Canada and the U.S., but in Europe as well,” said RCDSO’s Krystal Evans and Irwin Fefergrad, who in addition to being the college’s registrar is an assistant professor of dentistry at U of T, in a joint statement.

“There is huge excitement amongst other regulators wanting to know how they can mine and learn from their own data as we have from ours.”