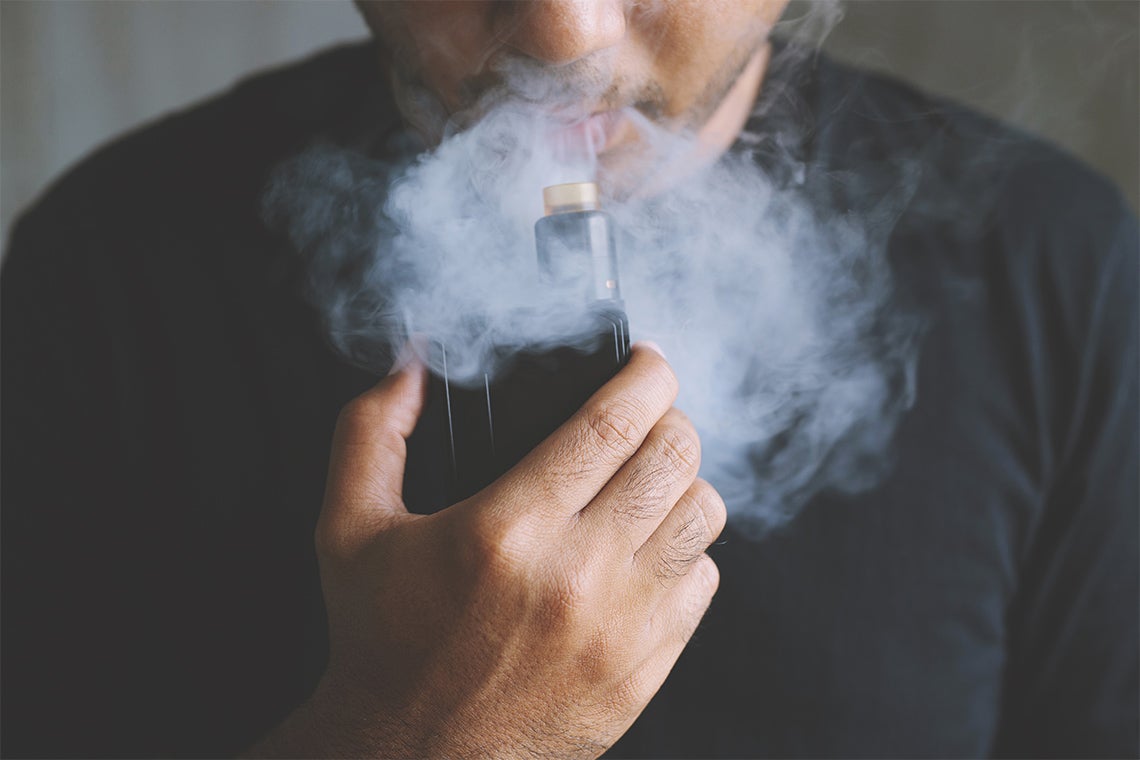 An Ontario teen who was put on life support following a serious vaping-related illness may be the first known case of a form of lung damage caused by vaping, according to a study co-authored by Tereza Martinu and Andrew Steel of the University of Toronto’s Faculty of Medicine.

Martinu, an assistant professor in the department of immunology who was part of the team of doctors who cared for the 17-year-old at Toronto General Hospital, told CBC News that the teen appeared to suffer from bronchiolitis obliterans or “popcorn lung,” rather than the illness dubbed EVALI (e-cigarette or vaping product use-associated lung injury).

"It was a relatively wild story; we have not seen something like this that often," said Martinu, a lung transplant respirologist who co-authored the study published in the Canadian Medical Association Journal. "The referring team was really worried that he was not going to make it."

The teen’s condition eventually improved after treatment with steroids, with Martinu saying he may have suffered chronic lung damage.

"If he truly does have this bronchiolitis oblitirans scarring problem that we're worried about, he will likely remain with some amount of lung disease," she said. "But we won't really know until we see how it evolves."

Read the story at CBC News