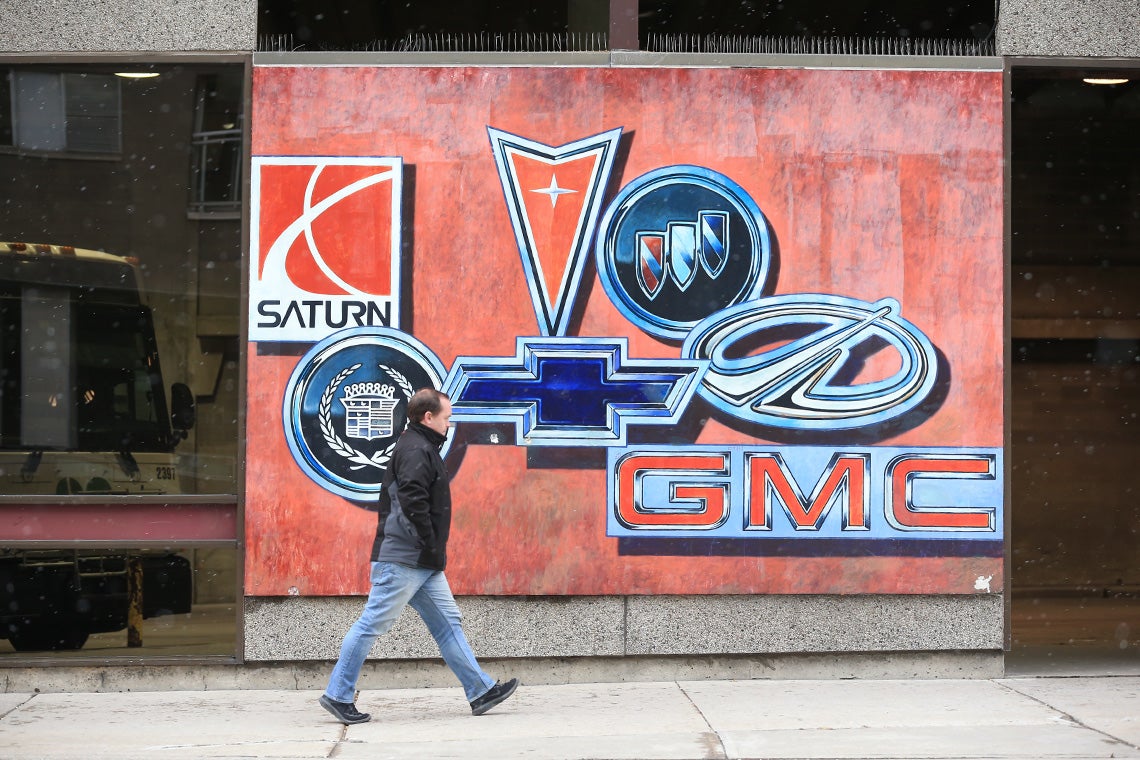 A man passes a GM mural in downtown Oshawa. Stock photos from GM Oshawa one day after the announcement of the closure of the auto plant. (photo by Rene Johnston/Toronto Star/Getty Images)

For more than a century, the General Motors Co. plant in Oshawa – once one of the biggest automotive assembly plants in the world – has been the lifeblood of the community. A few years ago, GM workers successfully fought to keep the plant open as management threatened to close the site and several other locations in the U.S. in a bid to cut costs.

Dimitry Anastakis, a Jackman Humanities Institute faculty fellow and professor in the department of history in the Faculty of Arts & Science and Rotman School of Management, recently took an in-depth look at the history and significance of automotive manufacturing in Oshawa in a project done through the JHI Scholars-in-Residence (SiR) program.

“This was a fantastic experience for myself and for the students, in that it allowed us to pursue research that they were genuinely interested in, and we also did some fantastic fieldwork and archival research,” Anastakis said. “The collaboration between myself, the students and the SiR program was really ideal, and we were able to advance the project significantly.”

In partnership with Ingenium-Canada’s Museum of Science and Innovation, the project helped train students to develop their historical research skills, oral history and interviewing skills and digital history skills with the aim of creating an interactive digital history exhibit documenting automobile production in Oshawa.

Students helped plan the design of the online exhibit about work at GM’s Oshawa plant and its meaning for the community, its workers, and the broader Canadian economy. 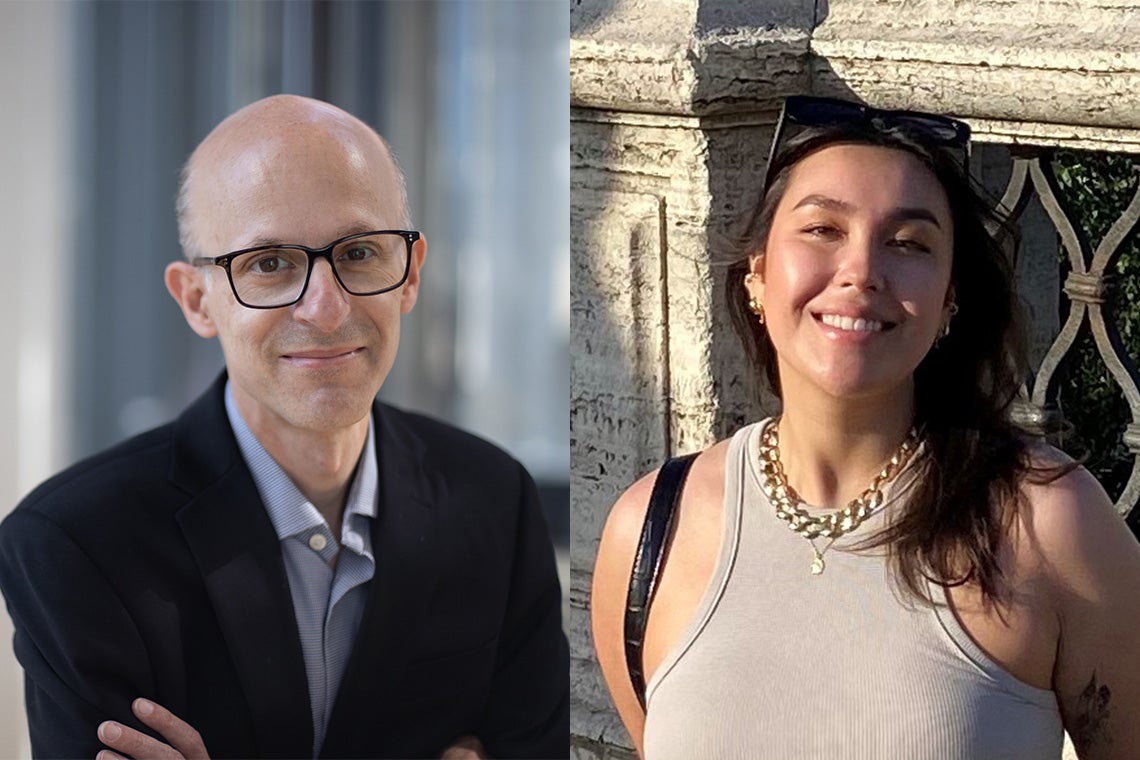 Fiona McCrow, an undergraduate student in Victoria College majoring in history with double minors in political science and environmental studies, was one of five SiR researchers on the project. “This involved a lot of primary source research, including combing through news articles, taking trips to archives such as the Canadian Automotive Museum, the Industrial Relations Library, and the Milt Harris Library and interviewing former General Motors employees,” she said.

“Professor Anastakis and our Ingenium collaborator Emily Gann had envisioned the oral interviews as the major component of our SiR experience. As a result, we also researched our interview subjects and prepared specific interview questions for them in tandem with the historical context related research.”

A four-week paid research fellowship, the SiR program provides students with an opportunity to collaborate with an interdisciplinary and intellectually vibrant community and to build relationships with peers, professors and researchers.

McCrow said the SIR program helped foster a sense of academic community among the researchers involved in the project, and gave her first-hand experience doing independent research.

“I felt that our team was very effective in capitalizing on our personal strengths to complement and amplify our collective productivity. Thanks to the freedom that Professor Anastakis and Emily gave to our team, we also felt a strong sense of ownership with this project, which in turn fostered a strong sense of pride in the work that we were doing,” she added.

One of the highlights of working on the project, she said, was gathering in Victoria College's Burwash Dining Hall, where scholars-in-residence would update each other on their progress. “It was fascinating to consider how so many ground-breaking projects across such a wide range of disciplines were happening simultaneously, right next to one another in the rooms of Northrop Frye Hall. Since we spent most of our day thinking about our own projects, reconnecting with the other scholars at the end of the day helped me find perspectives and approaches that I hadn't considered in my own project.”

McCrow said she recommends SiR to anyone considering research and graduate school, as it’s a great opportunity to figure out if research work is suited to them. “The way that the SiR program is structured – both in terms of the collaborative nature and the diverse ways in which research can be presented – reflects what research outside the classroom is often like.”