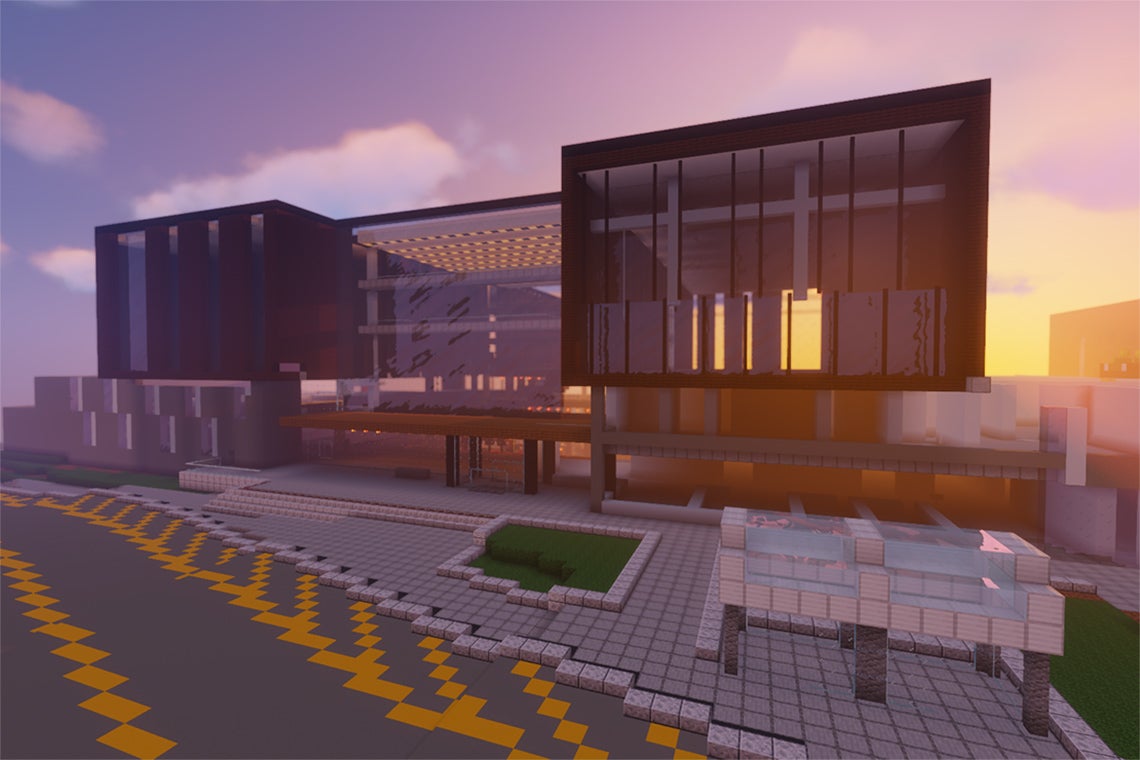 A group of students at the University of Toronto Mississauga have been working diligently over the past month to recreate, in painstaking detail, a slice of campus in the video game Minecraft.

The four-member team, who belong to one of the largest student-run groups for the U of T Mississauga community on the communication app Discord, carefully built a virtual replica of Deerfield Hall in Minecraft’s expansive 3D world after hearing fellow students say they missed being on campus during COVID-19.

“Being on campus, in classes, talking to professors and students was something students really missed, so we came up with this idea where, instead of us going to campus, we bring the campus to the students,” says Jonathan Ho, who is entering his final year with a double major in communication, culture, information and technology, and computer science.

Ho says the team, which also includes Lance Santiago, Akira Takaki and Naaz Sibia, chose to start with Deerfield Hall because it is the main home for computer science students on campus. 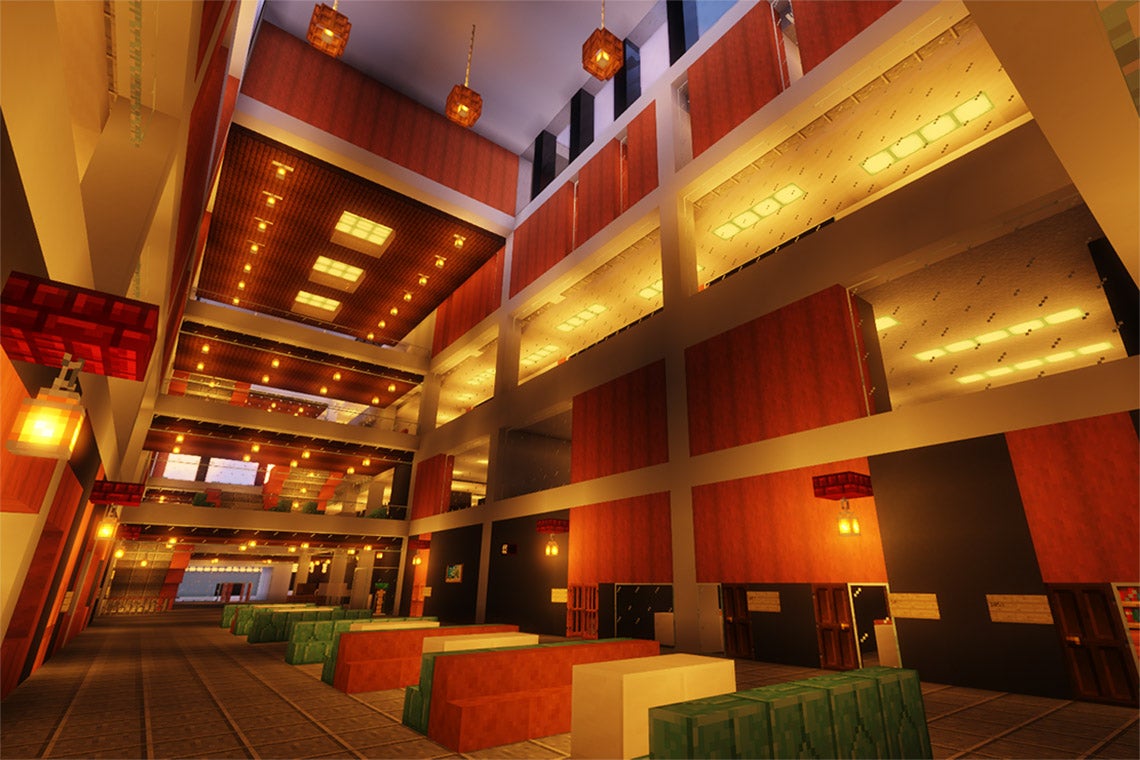 The replica U of T building was created room-by-room using publicly accessible resources, including floor plans and photos of individual rooms (image courtesy of Jonathan Ho)

Working on the project in their free time, Ho says he and the team opted to work in Minecraft because the platform has powerful creative capabilities that allows users to recreate real-life places.

“Minecraft has a creative mode that allows you to recreate anything using any type of blocks, designs and textures,” Ho says. “We found that, based on images we saw of Deerfield Hall, Minecraft was able to provide the most resources to help replicate this as best as possible.”

Ho adds that the replica U of T building was created room-by-room using publicly accessible resources, including Google Maps and images. The team also found floor plans and photos of individual rooms on the university’s room-booking system, which they used to create the building’s layout. He says they also relied on their memories to fill in the gaps.

The result is a stunning virtual space, complete with furniture, that is remarkably similar to the physical building, including the halls, common areas and even individual rooms.

Ho is unsure how many hours went into creating the virtual Deerfield Hall, adding that they were having so much fun they lost track of time.

The replica is hosted on an online, publicly accessible server so anyone with a Minecraft account can log in and explore the open areas. At the moment, Deerfield Hall is the only building built in Minecraft, but the team is already working on recreating Maanjiwe nendamowinan, with the majority of the exterior and three floors already complete.

Ho would like to see the entire U of T Mississauga campus built out virtually. He sees it as a fun project to help pass the time. But it’s no small undertaking.

“If there are people who want to help out as well, we’ll always welcome them,” Ho says.

Response to the project has been positive, according to Ho. Some have even asked if they can use the virtual campus to host virtual events, including a virtual graduation ceremony inside Deerfield Hall for computer science students.

“Anything is possible,” he says.