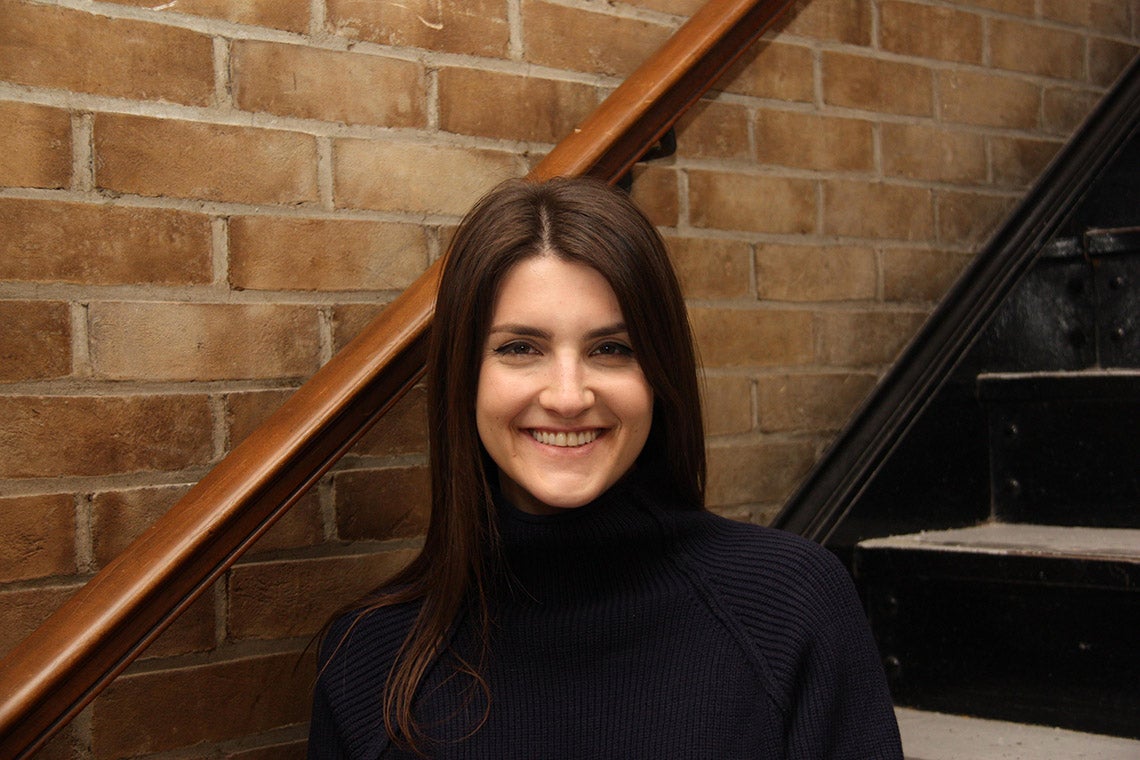 U of T medical student Robin Glicksman, who pitched the idea of an immersive addiction medicine week (photo by Jim Oldfield)

Medical students at the University of Toronto will soon be able to immerse themselves in a week of experiential learning about addiction medicine, thanks in large part to efforts by one of their own.

Robin Glicksman was a first-year student at the school last year when she spent a week at the Hazelden Betty Ford Summer Institute for Medical Students in California. She returned to Toronto with a new perspective on addiction and a desire to share what she learned with other students.

“It was such a great experience because it really made addiction more human for me,” says Glicksman, who shadowed a 73-year-old woman going through rehab during the mornings and attended class-based sessions in the afternoons.

“But I thought, why go to California when we have the Centre for Addiction and Mental Health, and rapid access clinics and residential treatment centres here?”

Glicksman pitched the idea of an immersive addiction medicine week to several academic leaders at U of T before finding a home for it in the department of family and community medicine. More than 40 faculty members have come together to build a curriculum, which will run this summer as a pilot elective for first- and second-year students.

The program will have about 15 spaces and be the first of its kind for preclerkship students in Canada.

“This is exactly what medical scholarship in a university should be,” says Ruby Alvi, an assistant professor and pre-clerkship director in family and community medicine. “Robin saw a gap in the undergraduate curriculum and directed her own learning to fill it. Now she’s keen to bring what she has learned to her peers and home institution. The spirit of scholarship is seeking and sharing knowledge.”

Glicksman had already done much of the legwork by the time Alvi and her departmental colleagues reviewed the proposal. “Robin spent the summer interviewing the community organizations where she hoped to find placements, and to see if they shared her vision,” Alvi says. “As an educator, nothing is more exciting than seeing a student inspired by learning take it to the next level with such enthusiasm.”

It takes passion to move a medical training program from concept to reality. Peter Selby, a professor in the departments of family and community medicine and psychiatry at U of T, recalls that an interest in addiction medicine training in the 1990s led nowhere – despite the support of senior leaders of Ontario’s medical schools.

“We tried in the past, but there is magic in having a highly motivated student who pushes the faculty and school to make this kind of change,” says Selby, who recently completed his term as director of medical education at CAMH.

There is a pressing need for more training in addiction medicine, given the ongoing opioid crisis and continuing health challenges linked to tobacco, alcohol and other drugs. “Addiction is an equal opportunity condition that affects patients who show up in every specialty, so every physician needs to know about it,” says Selby. “As well, many doctors see it at an early stage but don’t recognize it.”

That’s a big loss, Selby says, because effective screening tools and treatments exist. “More doctors should follow the screening guidelines, whether it’s in the emergency department, a psychiatric facility or general practice. And generic medications that can address these problems have been around since the ’90s. It’s not rocket science.”

Selby and other faculty hope the program will expand within U of T and eventually to other medical schools, although that growth will depend in part on research. Joyce Nyhof-Young and Alvi will co-lead an evaluation of the program next year with Glicksman, who will work on the study through her health sciences research course in the MD program.

The research group plans to get user-centred feedback from several sources – students and faculty from various specialties but also community agencies.

“We’ll aim for a well-rounded evaluation, through qualitative methods such as on-the-spot interviews and focus groups, and follow-up telephone interviews and surveys,” says Nyhof-Young, who is the curriculum evaluation co-ordinator for the MD program and a senior education scientist in family and community medicine at U of T, and at Women’s College Hospital.

The ultimate goal, says Glicksman, is a rigorously tested program that takes a multidisciplinary, multi-specialty and empathic approach to addiction – especially toward the issue of stigma, which often still prevents effective treatment.

“Many people struggling with addiction don’t fit a stereotype,” she says. “That was certainly true of my partner at Betty Ford. Understanding that was less about medicine and more about hearing her story.”