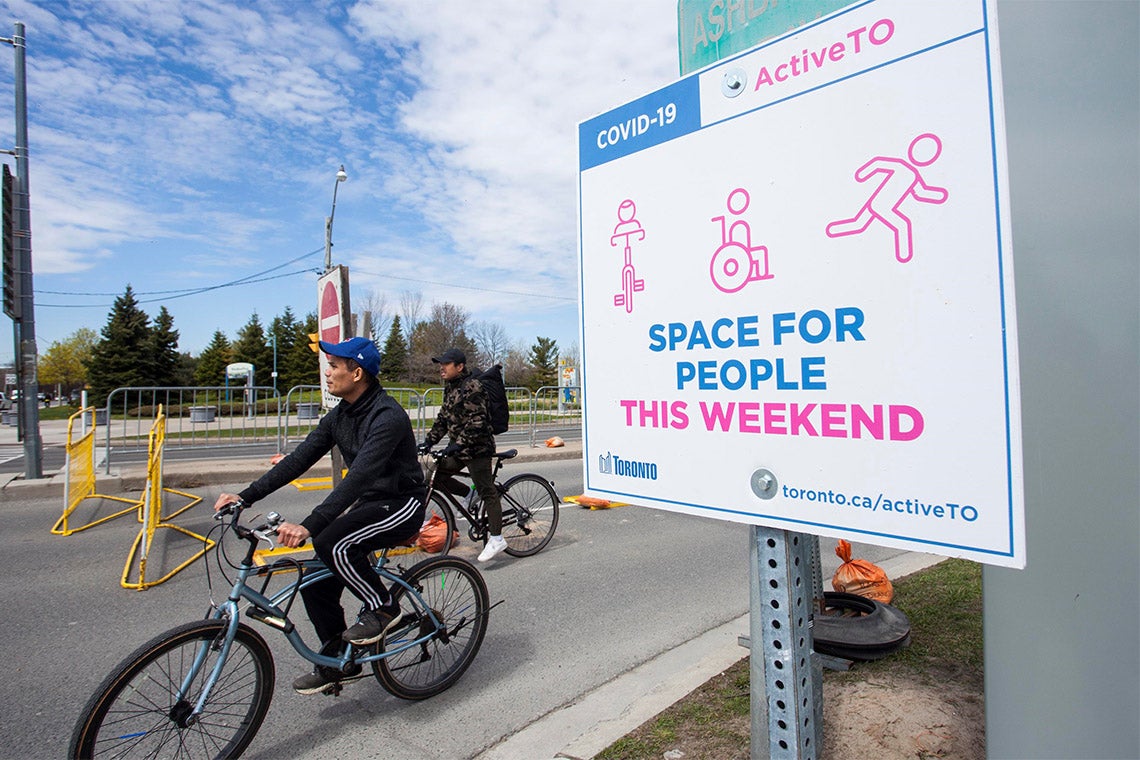 A new study from researchers at the University of Toronto's Dalla Lana School of Public Health suggests that improving your cardiorespiratory fitness level may help protect you from COVID-19.

The findings, published last week in the journal PLOS One, indicate that fit people have a reduced risk of dying from the disease.

“One of the really cool findings of this study is that anyone with an above low level of physical activity is better protected,” says Rebecca Christensen, a PhD student and lead author of the study. “Running once in a blue moon won’t protect you but if you are running regularly, you’re doing fine.”

The researchers examined a cohort of 2,690 adults from the UK Biobank Study and focused solely on the risk associated with death and the likelihood of catching the virus. They found no significant association between level of fitness and risk of infection. The study did not examine disease severity which would include hospitalization.

The data range was limited to ages 49 to 80, but the sample was large enough to look at COVID-specific death.

Researchers observed that even low-to-moderate exercise seems to make a difference.

“Someone who just goes from doing no fitness to doing some fitness, could see appreciable benefits. And that’s why we pulled data based on age and activity-level thresholds,” Christensen says. “We want to see if you could just do something, will it have an impact? The answer is yes – as long as you’re doing something consistently.”

Physical activity declines with age but “if you’re fitter for people within your age group, are you going to have a benefit? The answer is still yes,” Christensen says.

A routine must include a cardio intense workout, one where you break a sweat or are breathing heavily says Christensen, but you don’t need to be a marathon runner. The greatest benefit is in moving from inactivity to some consistent amount of physical activity.

There are known cases of athletes catching COVID-19. Christensen says that the nature of their work increases the likelihood of catching COVID-19 as most are exercising in an environment with others in close settings. The severity of symptoms could be linked to the physical stress of the athlete’s intense workouts, she adds.

“People who exercise a lot can actually have a decrease in their immune system by over exercising,” she notes.

Christensen advises, “the sooner you start, the better and then you’ll build up. You can make quite large gains when you go from doing nothing to doing anything.”

The researchers received no specific funding for the study.