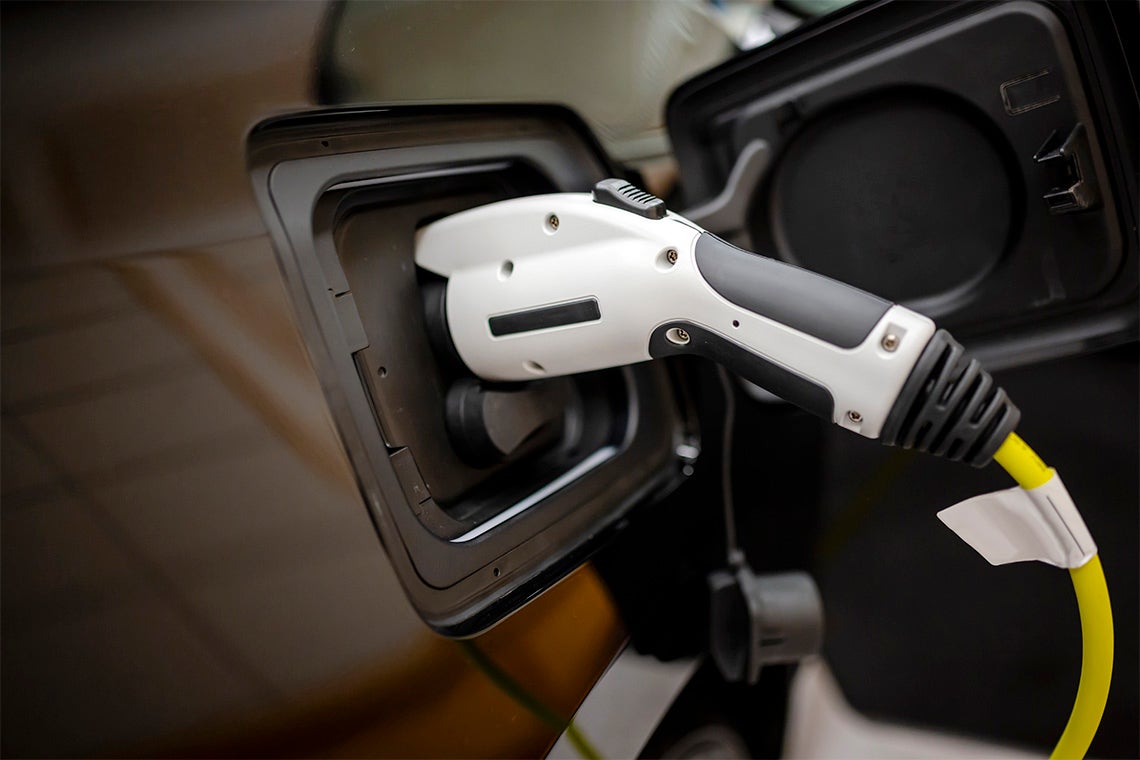 Founded by alumni from U of T's Faculty of Applied Science & Engineering, Li-Cycle is hoping to build a global business around its innovative approach to recycling lithium-ion batteries (photo by Vitpho via Getty Images)

Li-Cycle was little more than a drawing on the back of a napkin in a Yorkville coffee shop three years ago. Today, the startup founded by University of Toronto alumni is on the verge of an international expansion that its backers believe could fundamentally alter the way that lithium-ion batteries are recycled.

Ajay Kochhar, the company’s co-founder and CEO, describes Li-Cycle as a resource recovery company focused on creating a closed-loop supply chain for the lithium-ion batteries that increasingly power everything from smartphones to automobiles.

“Tim Johnston, my co-founder, and I initially sketched out the Li-Cycle process in late 2016,” says Kochhar, who studied chemical engineering at U of T’s Faculty of Applied Science & Engineering.

“We started by looking at the financial model to see if the business could be viable. The initial answer that emerged was yes, so we were encouraged to pursue the opportunity further.”

Li-Cycle can currently process more than a tonne of batteries each day at its pilot plant in Kingston, Ont. But the explosive growth of electric vehicles (EVs) in recent years – there are now more than three million EVs on the road, up from less than one million in 2014, according to the International Energy Agency’s Global Electric Vehicle (EV) Outlook – is driving demand ever higher.

As a result, the startup is planning an expansion to process more than 17 tonnes per day – and that’s just the start. Li-Cycle’s demonstration plant in Kingston, Ont safely shreds batteries – the first step in the startup's innovative process for recycling up to 90 per cent of the battery’s material (photo courtesy of Li-Cycle)

“We’re inundated,” says Kunal Phalpher, the company’s chief commercial officer. “When we talk to clients, within a few minutes of introducing ourselves, someone will say ‘Oh yeah, we’ve got pallets of batteries stored in the back that we had no idea what to do with. Can you take them?’”

While existing recyclers have traditionally focused on the smaller lithium-ion batteries present in consumer electronics, Li-Cycle’s founders say they aren’t necessarily prepared to deal with the coming flood of batteries from EVs.

“In the incumbent industry, the key material they are recovering is cobalt. This is what is driving the process and economics,” says Kochhar, who did consulting work for a number of companies in the mining and metals industry before starting Li-Cycle.

Extracting cobalt means using pyrometallurgy, which involves volatilizing or burning the batteries at high temperatures. Despite the large energy inputs, recovery in this system is low, about 30 per cent to 40 per cent.

By contrast, Li-Cycle has worked with collaborators to develop a process based on hydrometallurgy, or wet chemistry. They have invented a way to safely shred incoming batteries, reducing them into tiny pieces. From there, the batteries are run through a series of chemical reactions and separations. The result is recovery not only of cobalt, but also lithium, nickel and other substances, comprising 80 per cent to 100 per cent of the original battery.

“Our end products are equivalent in grade to those that would be produced from a virgin source,” says Kochhar. “They can go right back into the battery supply chain.”

Li-Cycle can recycle any type of lithium-ion battery and is completely agnostic to chemistry, form factor, prior application and size. But batteries from EVs, one of Li-Cycle’s target markets, contain less cobalt and are bulkier and more difficult to process compared to those from personal electronics. Given the low recovery of the traditional pyrometallurgical process, EV manufacturers typically pay high fees to get their batteries recycled. Li-Cycle’s higher recovery enables the company to charge a lower fee – one that Kochhar believes will continue to decrease over time.

“For example, Tesla, BMW and their peers ultimately don’t want to pay to have their batteries recycled,” he says. “Our approach enables resource recovery from lithium-ion batteries to actually be profitable to the point where we have flexibility for alternate commercial models.”

The key to future success will be scaling up, and quickly. The team plans to soon open a full-scale facility in the United States that can process 5,000 tonnes of spent lithium-ion batteries per year. They recently signed a memorandum of understanding with Sungho Group, a major metals recycler in South Korea, where they hope to create a hub for the Asian market. They are also actively planning a facility in Europe.

Throughout their journey, both Kochhar and Phalpher have drawn extensively on the connections they made at U of T, as well as the values they developed during their undergraduate studies in engineering.

“We’ve hired several U of T engineering students through the PEY [Professional Experience Year] Co-op program, and they have been critical to laying the groundwork that got us to where we are now,” says Phalpher. “It’s been great for us, but also for them. I think it’s really important to expose students to the wide range of opportunities they have to forge their own path and drive innovation.”

“The students we hire are sometimes surprised to learn that chemical engineers can start their own companies,” adds Kochhar. “Not every startup needs to be an app. Chemical engineering at U of T taught me to assimilate new information quickly, to be adaptable, and to develop resiliency. I still use those abilities every day.”