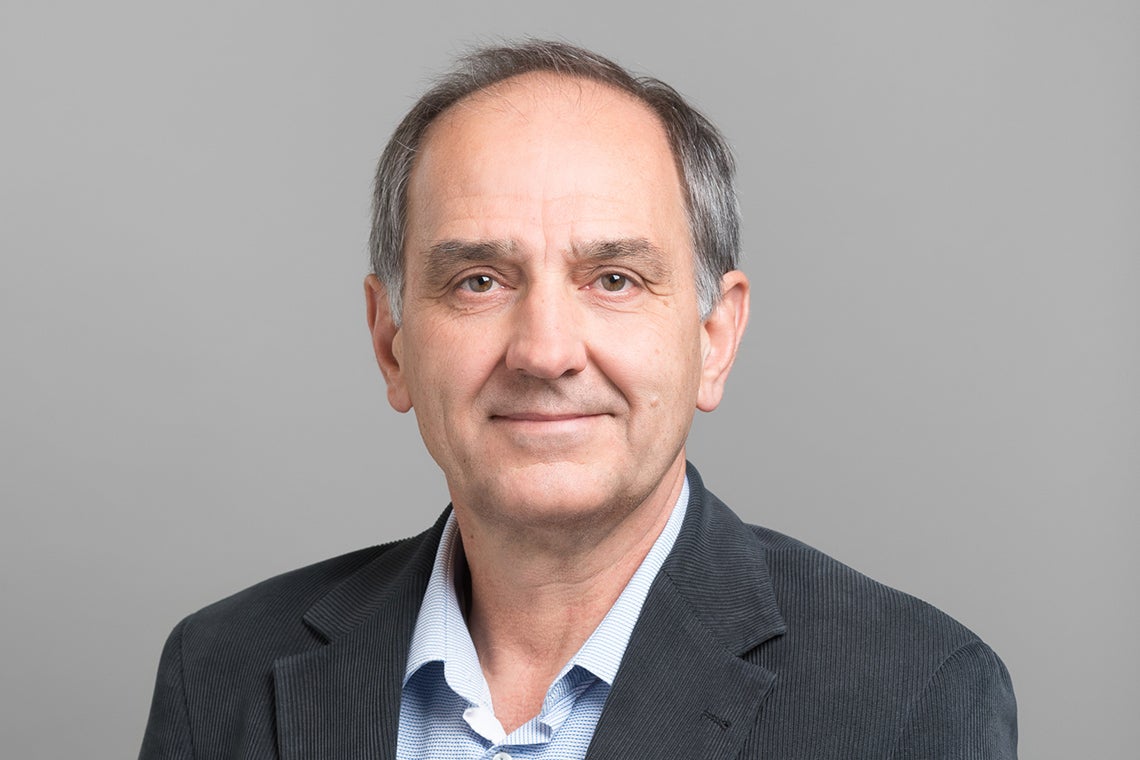 Peraso Technologies, which grew out of the lab of U of T's Sorin Voinigescu, is hoping its chips for the 60 GHz band will play a key role in next generation wireless networks (photo courtesy of the Faculty of Applied Science & Engineering)

A Canadian semiconductor startup based on technology developed in the lab of the University of Toronto’s Sorin Voinigescu has raised US$42 million to help alleviate increasingly congested wireless networks.

The latest round of financing, which brings the total raised to over US$110 million, promises to help Toronto-based Peraso Technologies further develop its chips for the 60 gigahertz (GHz) band, which allows more data to be pushed through wireless hotspots for applications like streamed 4K television or virtual reality.

Peraso was founded in 2009 and, in essence, has been patiently waiting for the wireless industry to catch up to its chips based on the Wi-Gig standard, an ultra-fast type of Wi-Fi. That time appears to have arrived as other chipmakers like Qualcomm and Intel explore the high-frequency band.

Peraso hopes its chips will be used in 5G networks and 5G user terminals – a potentially huge market.

“In 2010 the cellphones did not have the capacity to process and store such high data rates,” says Voinigescu, a professor in U of T’s Faculty of Applied Science & Engineering who previously worked at Nortel Networks and co-founded the semiconductor startup Quake Technologies as well as Peraso.

“Now they do. This is one of the reasons this market took so long to materialize.”

U of T News recently caught up with Voinigescu to find out more about the origins of Peraso and the potential of the millimetre wave band of the wireless spectrum.

What’s the connection between Peraso and your lab?

Peraso started out from my research group with four of my graduate students: Andreea Balteanu, who is now at Qualcomm in California, Katya Laskin, at Intel in Toronto, Ioannis Sarkas, at Apple in California, and Alex Tomkins as co-founders, and who were doing research on 60GHz and higher frequency high data rate radio and millimetre-wave radar. We were approached by Ron Glibbery, who brought in the VC funding and digital designers to license the technology and start a company.

Later on I brought three more experienced engineers who had worked with me at Quake Technologies in Ottawa, and who had successfully developed the world's first 10 Gb/s ethernet transceivers in 2001. This was the technical core, which, along with two other of my graduate students, Ken Yau, now at Broadcom in California and Ricardo Aroca, now at Acacia in New Jersey, developed and tested the first 60 GHz transceiver for Peraso.

When did you first start investigating the use of the 60 GHz band?

We started the research in September 2003. It was a new frequency band allocated for wireless communication. It had potential to be inserted in every cellphone, the first large volume commercial market at millimetre-wave frequencies. We had the unique skills and expertise to develop such technology. It was also very similar to other research we were conducting on automotive radar with Bosch and on fibre optic systems with Nortel – all very relevant today. Canada still has a strong expertise in all those areas, all coming out – like myself – of Nortel’s Ottawa R&D groups. People forget that Ottawa was, and to a large extent still is, Silicon Valley North.

What problem could this technology potentially solve for wireless companies?

This allows data transfer at much larger volumes and faster speeds wirelessly – so applications like cellphones, streaming 4K video, wireless gaming and virtual reality. In 2010 the cellphones did not have the capacity to process and store such high data rates. Now they do. This is one of the reasons this market took so long to materialize.

One of the reasons why Peraso survived in this business while other competitors faded away was also that Peraso's 60 GHz transceiver can be used for 4G backhaul and wireless links in areas where there is no fibre installed. It also has lower power consumption and lower cost.

How big a market is there is for this approach?

Th‎is is a cellphone market, so the volume is hundreds of millions of transceivers per year. At some point it did go into some experimental phones, but I can't disclose more. That phone company is out of the hardware market now.

What sort of assistance did you receive from U of T when it came to patenting and licensing the technology?

The technology was licensed by Peraso from U of T. It was a very smooth process. I stopped being involved with Peraso in the fall of 2010, after the successful fabrication and testing, at U of T, of the first prototypes. This is also an example where CFI [Canadian Foundation for Innovation] and NSERC [Natural Sciences and Engineering Research Council] infrastructure was used by a startup to develop their first product.

Read more about Peraso's financing deal in the Globe and Mail