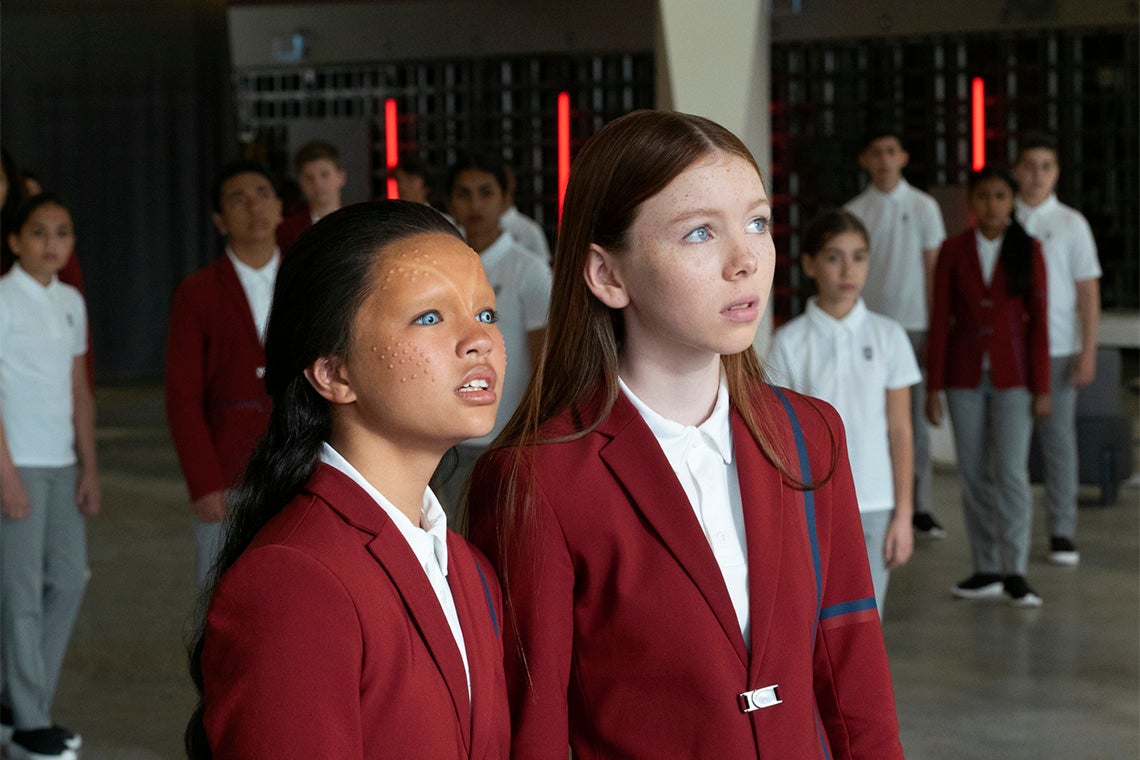 Characters Kima and Lil are pictured in a recent episode of Star Trek: Short Treks, which transformed the John H. Daniels Faculty of Architecture, Landscape, and Design into a space school (image courtesy of Michael Gibson/CBS/Bell Media)

The University of Toronto prepares students to boldly go into their chosen field.

So perhaps it’s fitting that the makers of Star Trek: Short Treks, a web TV series, shot a recent episode inside One Spadina Crescent, home to U of T’s John H. Daniels Faculty of Architecture, Landscape, and Design.

In the episode, which can be streamed on Crave TV, the historic, neo-gothic building – which re-opened to critical acclaim in 2017 – is transformed into an extraterrestrial school, where students arrive in a flying shuttle bus and work on 3D screens.

Richard Sommer, the faculty’s dean, said the building is “very cinematic” and a natural choice for a sci-fi film or one set in the future.

“If you look at the architecture of our [design] studio it's very grand. It's among the most interesting large spaces in the city now,” he said.

“You see in these shots both a layer of history – you see the brick, the Gothic-shaped windows – but you also see something that alludes to the future.”

The Short Treks episode, titled “Children of Mars,” tells the story of two 12-year-old girls, Kima and Lil, who start off at odds but soon set aside their differences when disaster strikes.

Those familiar with One Spadina might immediately recognize the 30,000-square-foot design studio with its undulating ceiling and tall windows. In the Star Trek version, holograms float above students' heads. Other parts of the U of T building make an appearance, including a classroom where Lil gets Kima in trouble with their teacher. 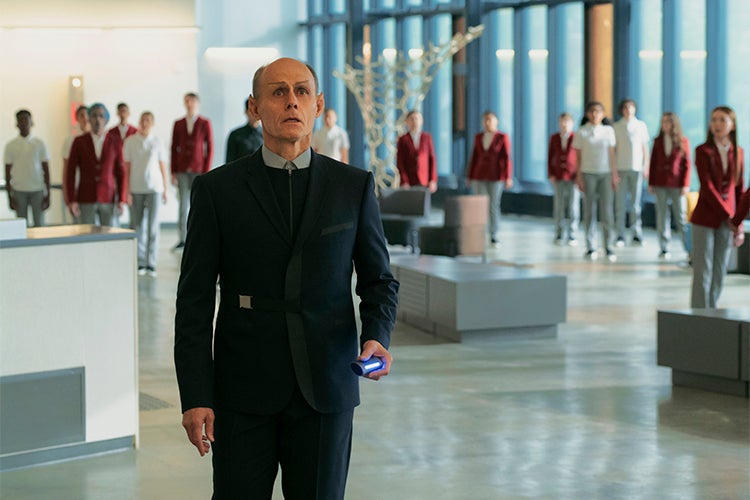 Another scene from Star Trek: Short Trek's “Children of Mars” episode, which filmed in One Spadina Crescent’s design studio and a classroom (image courtesy of Michael Gibson/CBS/Bell Media)

The Star Trek spin-off isn’t the only show that has put One Spadina on screens. Disney came to campus last year to shoot another sci-fi project, the Secret Society of Second-Born Royals, set to come out this year on Disney+.

U of T also boasts another connection to the Star Trek universe. Actor and recent U of T Mississauga graduate George Alevizos landed a small part on Star Trek: Discovery that sparked conversation about the representation of people with disabilities in entertainment.