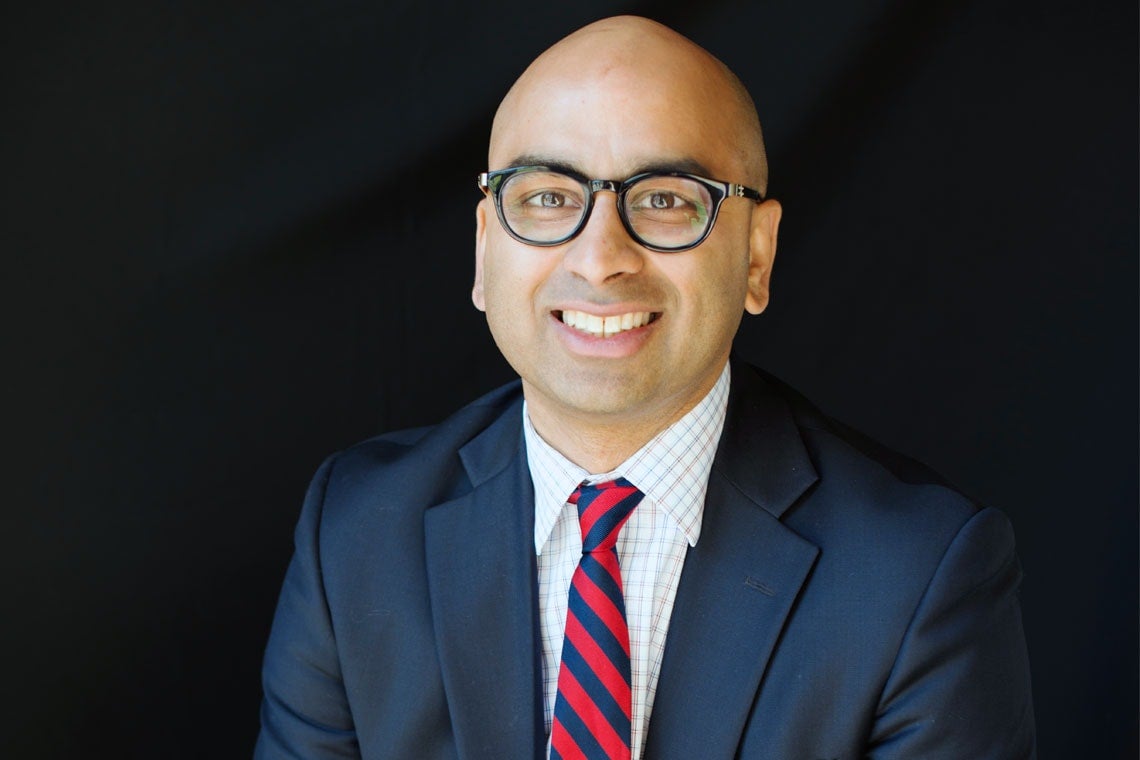 Randy Boyagoda has been appointed principal and vice president of the University of St. Michael’s College (USMC) effective July 1, 2016. An accomplished writer and academic, with bylines in the New York Times, Wall Street Journal, Financial Times (UK) and the Globe and Mail, he has most recently served as the director of zone learning at Ryerson University, an experiential learning program modeled on business incubators that support the rapid creation of new companies and social organizations led by students.

“I’m very happy and honoured to join the University of St. Michael’s College,” said Boyagoda. “My first class at the University of Toronto was at St. Mike’s, and I also fondly remember attending Mass at St. Basil’s with my friends. Given the rich and distinguished history of the college and its important relationships to the University of Toronto, St. Michael’s is an institution like no other in North America. As an academic leader, as a teacher, and as a Catholic intellectual, scholar, and writer, I look forward to being part of this community and helping contribute to its exciting future.”

Boyagoda has also held positions as chair of the English department and professor of American Studies at Ryerson, and also as a postdoctoral fellow and assistant professor of English at the University of Notre Dame. He is known for his novels, Governor of the Northern Province and Beggar's Feast.

"I am delighted to welcome Randy to our University community,” said USMC president David Mulroney. “He is a gifted writer, an amazing teacher and someone who knows how to inspire students to go out and make a difference.”

In addition to his novels, Boyagoda has written extensively on human experience in contemporary literature, culture and current affairs, often from a religiously-informed vantage. Through his recently published biography of the influential Fr. Richard John Neuhaus, he has established himself as a leading Catholic intellectual voice in North America.

As principal and vice president, Boyagoda will be the academic head of USMC’s undergraduate division, which has some 5000 students, and also constitutes one of the largest undergraduate colleges in the Faculty of Arts and Science at U of T. He therefore serves as a senior administrator of both universities. Boyagoda, who will hold his tenure in the department of English at U of T, will also teach in the Christianity and Culture program, and has been named to the Basilian Chair in Christianity, Arts and Letters.

"Professor Randy Boyagoda was instrumental in Ryerson's expansion of zone learning, including curriculum development and encouraging cross-collaboration across the university," said Ryerson University president Mohamed Lachemi. "Randy made great contributions to Ryerson as a scholar, administrator and community member. We wish him the best in his new role."

Boyagoda lives with his wife and four children in the Beaches, where he is an active member of Corpus Christi parish.