Software superstars: U of T alumni, student among Canada’s top developers under 30 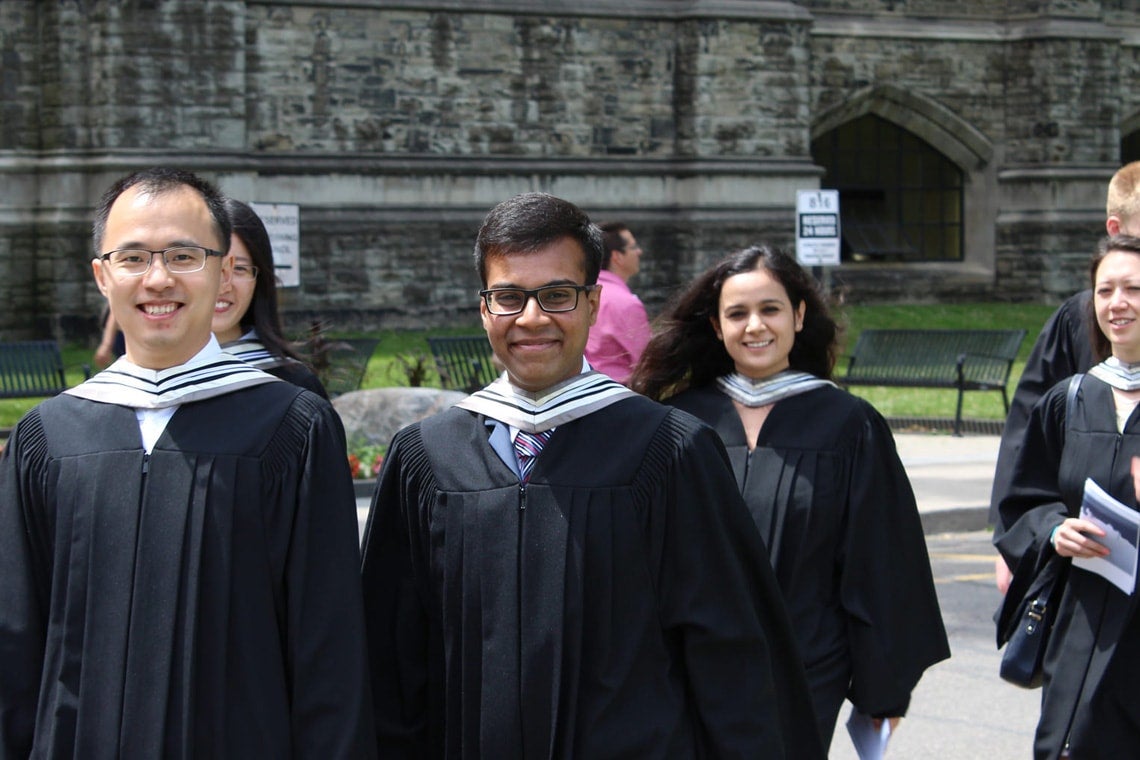 Who are Canada’s best developers?

Jyotheeswar Arvind Manickavasagar is one, according to Canadian Business. And so are Amber Houle, Zain Manji and Amy Xiao.

“This award validates my decision to come to Canada and study at U of T,” says Manickavasagar, who graduated last year from U of T and is now working at DNAstack, a genomics software startup.

The four University of Toronto developers are named in the first Developer 30 Under 30 list, announced by Canadian Business this week.

Like the Forbes' 30 Under 30 list of rising talent, the Developer 30 Under 30 list was put together by Plastic Mobile and the developers were profiled in Canadian Business. The list focuses on Canada's next generation of software stars, who were selected by a committee including top executives from companies such as Plastic Mobile, RBC, Sun Life, Pizza Pizza, Indigo, Rogers and Canada Goose.

Two other U of T alumni made the list: Houle, who completed a master's degree in electrical and computer engineering and is currently a software developer and consultant at Thoughtworks, a global IT consultancy; and computer science and economics graduate Manji, who has worked at Google, Yelp and Instagram and is now a co-founder and chief product officer of Fiix, a platform which sends licensed, expert mechanics to customers’ driveways for car repair.

Also on the list: mathematics and physics student Xiao, who is a junior research developer at the Royal Bank of Canada’s research division. Only 22 years old, Xiao has already worked as software developer with Nano Magnetics, Kijiji and multiple non-profiles and will be interning at Amazon this summer.

As part of his master’s program in applied computing, Manickavasagar completed an applied research internship at the Centre for Global eHealth Innovation where he helped develop a prostate cancer management app. He was also part of a U of T team whose TakeMeHome app won the Facebook prize at #DementiaHack in 2015.

“My internship experience completely changed my view on app development,” says Manickavasagar. “It made me realize that although technical innovations are important, creating user experiences based on human factors and an understanding of the end-user, makes or breaks apps.”