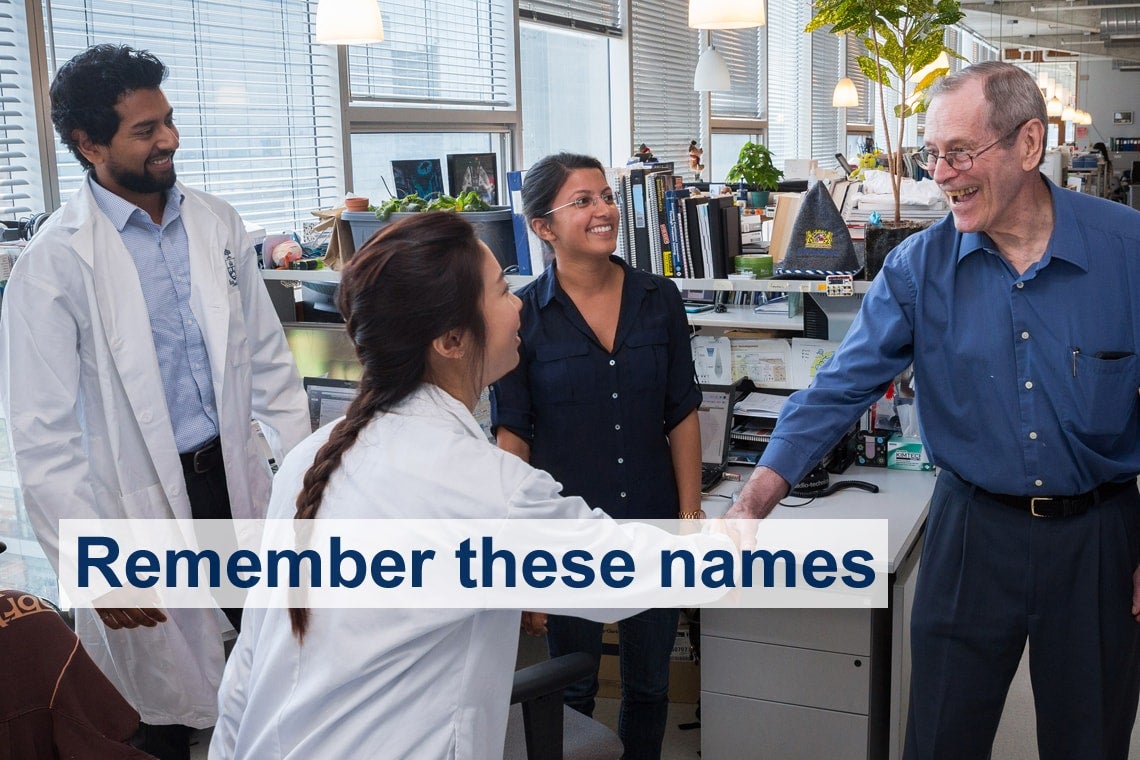 Nafees Rahman and Shreya Shukla's research in cell engineering could lead to a readily available supply of cells to boost patients’ immune systems against disease and to fight cancer.

The two PhD students, who worked in the laboratory of Medicine by Design's Professor Peter Zandstra, had their research detailed recently in two papers published in Nature Communications and Nature Methods.

They are part of a new generation of thinkers transforming research across the globe. They come from all corners of the world to do their PhD or postdoctoral research at the University of Toronto, drawn by the chance to work with the leading experts in their fields.

Right now, Shukla and Rahman are both working in California's biotechnology hub. Shukla is currently testing the technology she helped develop in a six-month internship through the Natural Sciences and Engineering Research Council of Canada’s Create M3 program. Rahman joined Neurona Therapeutics, a San Francisco startup that aims to generate human stem cell-derived nerve cells for the treatment of epilepsy.

In the final instalment of a new series from U of T News, we turn the spotlight on Rahman (pictured below) and Shukla. 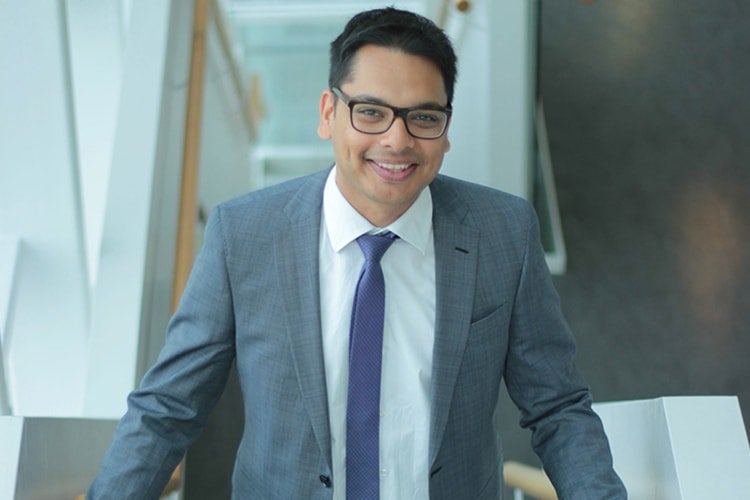 Around the world, researchers are racing to find ways to use stem cells to treat, and even cure, debilitating diseases thanks to their ability to multiply and make all cell types in the body. Naturally occurring stem cells in the bone marrow and cord blood are being used to bolster the immune systems of patients undergoing cancer treatment that leaves them defenceless against infections. But because the cell grafts come from donors, they are not always available in sufficient supply.

Researchers working with Zandstra, who is located in the Donnelly Centre for Cellular and Biomolecular Research, are engineering ways to produce these cells in the lab. Zandstra is executive director of Medicine by Design, which brings together more than 100 researchers from across U of T and its affiliated hospitals, along with hundreds of post-doctoral fellows and graduate students, in collaborative teams to accelerate breakthroughs in regenerative medicine. With its commercialization partner, CCRM, the initiative is also driving Toronto’s regenerative medicine ecosystem and propelling new therapies to market – and ultimately to patients – more quickly.

Rahman specializes in making new blood from scratch as a potential source of cells for life-saving treatments. Together, he and Shukla developed new technologies that clear some of the barriers to having a limitless source of cells to target cancer and other diseases.

“A long-term vision in regenerative medicine is to have a renewable source of cells for therapy,” says Zandstra, a University Professor. “Our two papers focused on generating blood and immune cells in the lab that could be used in cancer immunotherapy. Working with our collaborators at U of T, affiliated hospitals and CCRM, we are getting closer to being able to do this.”

Working with Juan Carlos Zúñiga-Pflücker, a professor at U of T’s department of immunology and a senior scientist at Sunnybrook Research Institute, the PhD researchers broke down the problem into two areas.

First, they found a way to convert pluripotent stem cells – cells that are able to make all the cells in our bodies – into blood progenitor cells, an intermediate state from which all cells in the blood, including immune T cells that fight off infections, are formed. Then, they developed new technology for turning blood stem cells into T cells in a way that can be scaled up for clinical use.

Writing in Nature Communications, Rahman and colleagues described how simulating the cells’ natural environment during development was key to understanding how blood forms. Instead of spreading the cells evenly across the surface of the dish as usual, Rahman placed them in discrete clusters of different sizes. This allowed him to study how cells talk to each other to influence what kind of blood cells the stem cells turn into. He discovered that larger clusters produced fewer blood cells because the cells secrete a molecule that blocks this process.

“The importance of cell-cell communication during embryonic development is key and it was nice to see this phenomenon replicated in the dish,” says Rahman. “Just by changing cluster size we were able to control how many blood cells we get, resulting in a significant improvement in cell yields.”

While blood stem cell grafts can rebuild the patient’s immune system, it takes roughly a year for the immune T cells to appear and start working, leaving the patient vulnerable to life-threatening infections. Shukla’s goal was to protect patients faster.

“Our idea was to use blood stem cells to produce T cells in the lab that we can then transplant into patients,” says Shukla.

But producing immune cells has been hampered by uncertainty over the conditions and ingredients that are required, limiting their potential as medicine.

To overcome this challenge, Shukla identified essential components that are needed to spur the blood stem cells to become T cells. As described in the Nature Methods paper, the new technology consists of precisely-defined ingredients and can be scaled up for industrial production.

When injected into mice, the lab-grown T cells can rebuild the immune system in one month, far more quickly than what it takes for the blood stem cells to mature inside the body. If the same is true in humans, it could have immediate applications in cell transplantation.

“With our approach, you could move the field to where you have universal, off-the-shelf T cells which could be used in many applications, including cancer immunotherapy,” says Shukla. “You could start with blood or pluripotent stem cells, engineer them to recognize tumours and then turn these into T cells that would rapidly reconstitute the patient’s immune system with cancer-fighting cells.”

Remember This NameMedicine by Design