'Show up for people': U of T expert on what's fueling xenophobia amid the coronavirus outbreak 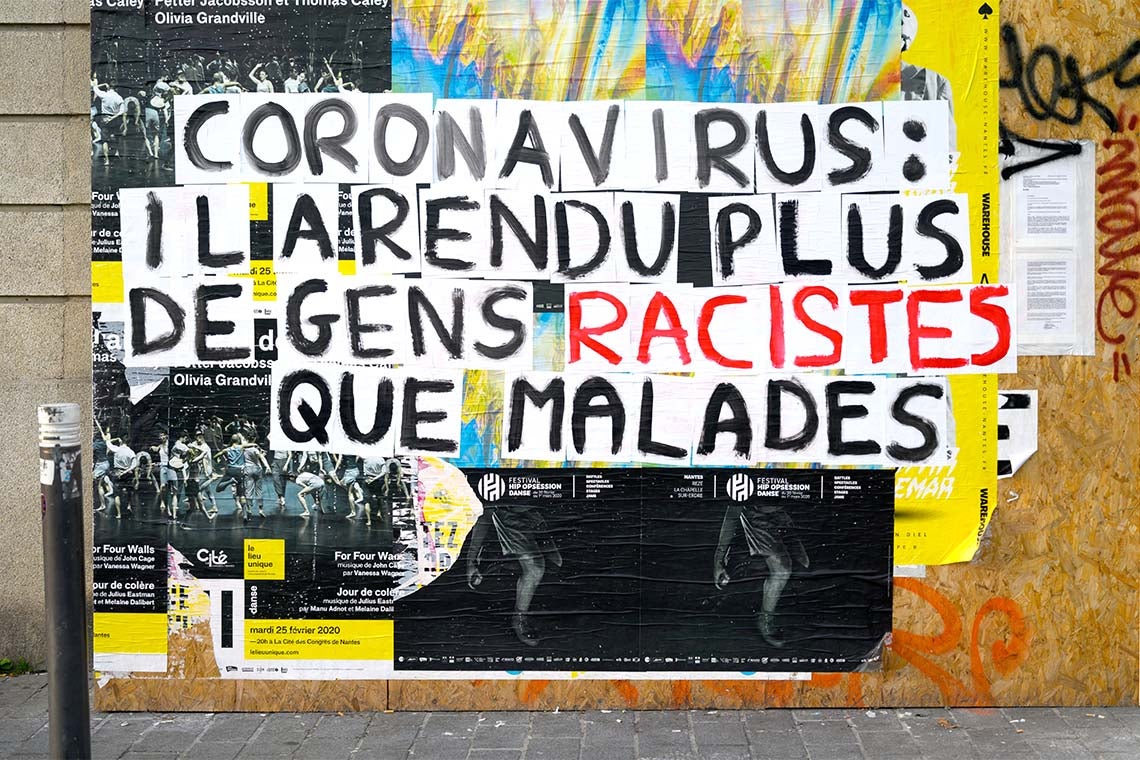 The risk of catching the novel coronavirus (COVID-19) in Canada many other countries remains low, but that hasn't stopped fear from spreading – and xenophobia along with it.

Anti-Asian – and, often, anti-Chinese – sentiment is flaring up around the world in response to the outbreak. In Japan, the hashtag #ChineseDon'tComeToJapan was recently trending on Twitter. Meanwhile, in France, a newspaper printed the headline “Yellow Alert.”

Closer to home, a Chinese restaurant in Markham, Ont. reportedly lost business and received prank calls after a social media video and an entertainment website linked it to the virus. 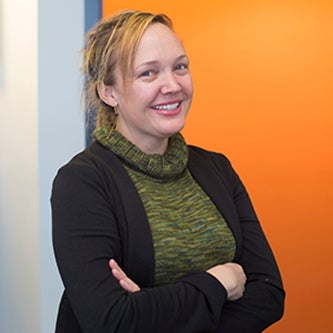 Carmen Logie (left), an associate professor in the University of Toronto's Factor-Inwentash Faculty of Social Work, has seen negative stereotypes surface in response to illnesses before. A Canada Research Chair in Global Health Equity and Social Justice with Marginalized Populations, Logie has studied the impact of stigma in relation to illnesses such as the HIV/AIDS crisis.

She spoke to U of T News about the drivers of stigma and xenophobia connected with the coronavirus and other illnesses, and what can be done to counter the flood of misinformation and negative stereotypes.

What is fueling the xenophobia we’re seeing now surrounding the coronavirus?

There's a long history of constructing stigma regarding particular infectious diseases – HIV, for example, SARS, Ebola – with a particular "other" ...  a problem that has nothing to do with us. So, racism has been intertwined with many different illnesses. It's not that surprising that people point to a particular location – in this case in Wuhan, China – and blame this place and these people that are living in this place for this illness. A lot of stigma around illnesses construct people as either innocent victims or evil perpetrators.

How is this similar to what happened with HIV?

From the beginning of the epidemic it used to be known as 4Hs. The stigma was directed towards four groups and one of those was Haitians. You see already from the very beginning of the HIV epidemic that Haitians were blamed from bringing HIV into the U.S., which wasn't true. And whether or not it was true, it doesn't mean we should discriminate against an entire group of people.

Can you elaborate on these pre-existing conditions that lead to increased xenophobia?

What I worked on with a group of people as part of a special stigma issue with the U.S. National Institutes of Health, which Canada just adopted, was a model for health-related stigma. It talks about two factors that work in tandem: One is a driver of stigma – a fear of infection, a lack of awareness, blame, stereotypes. But what actually facilitates that stigma and makes it something bigger than just a fear of infection are our pre-existing cultural and social norms that might be grounded in inequality and racism. We already have this environment of xenophobia and racism towards Chinese people, in this case, and people of colour in general in Canada. That combination of those underlying pre-existing facilitators with the fear of infection, the synergy of those factors, created intense stigma regarding the coronavirus.

You've mentioned that we've seen a similar negative reaction to SARS. One big difference since SARS in the early 2000s is the fact that social media has grown in popularity and importance. How has that played into the xenophobia we're currently seeing?

There are two sides of the coin. On one hand, you know what it's like to read online comments. I start reading comments and I get very depressed about the amount of stigma and ignorance out there. Social media gives people a platform where they have anonymity to spread racist stereotypes.

At the same time, I've been reading the news and responses to news articles, and I was reading that social media movements have also been challenging racist stereotypes. Apparently there's a response in France where people are using the #JeNeSuisPasUnVirus (IAmNotAVirus). So you see both sides where people can both promote stigmatizing perspectives, but wherever there is stigma or discrimination there is always resistance to it.

In 2003 during the #SARS outbreak, when I'd get on the #TTC subway, I'd clear half the car. Presumably because I'm visibly Asian. If I cleared my throat, I'd get the entire car to myself. Got to commute in comfort, but let's not do a repeat of that, okay?https://t.co/DgBAnN8Bq1

There was a prominent example of xenophobia in Toronto concerning a restaurant in Markham called Wuhan Noodle 1950. There were jokes going around on social media about this restaurant and linking it to the coronavirus. Can you tell me about the impact of this kind of “humour”?

That's an interesting question. There are different dimensions of stigma you see at play here. There's a form of stigma called enacted stigma, which is an actual act that is harmful. And so whether or not you intend for that to be harmful, the important thing is how it is received by the person. A lot of racism is couched in jokes. So whether or not the intent is to, in this example, destroy a business or make a joke, the ultimate outcome is the same. It's harmful to somebody.

But it's also reflective of this other kind of stigma called felt-normative or perceived stigma. That's the larger social norms. Those social norms, for example, undergird a lot of xenophobia. And maybe the devaluation or racism that racialized people experience in Canada. So you have this sort of intersection of this comment that is maybe meant as a joke, but actually holds within it that xenophobia and that racism that Chinese communities experience in Canada.

Let's move on to the topic of travel bans. What effect, if any, do these measures have on public perception and xenophobia?

I think it can exacerbate xenophobia. We have found that in other cases travel bans don't work. There are travel bans against people living with HIV in certain countries. That doesn't mean that those people don't travel. It just means they travel without the medication that they need. My reading around travel bans for various illnesses is that they only delay any inevitable movement of people. They actually make people more afraid to talk about the illness and to get tested. 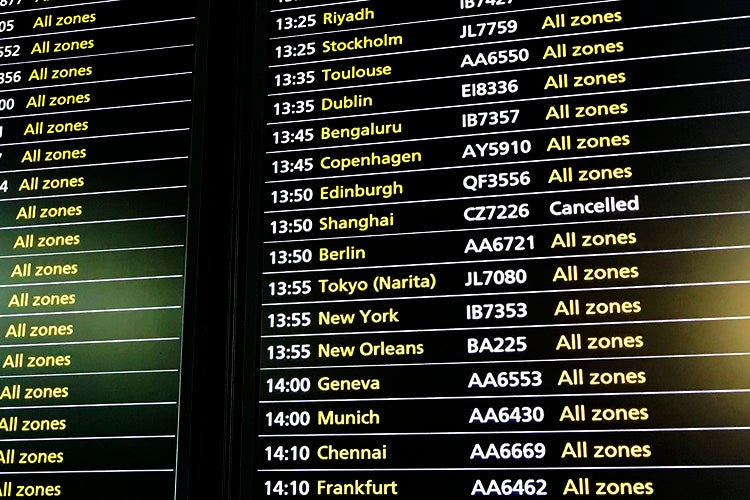 Are there lessons we can draw from the latest outbreak and the reactions to it? What can we do to counter the xenophobia we're witnessing?

The facts are often overlooked when it comes to fear and perceptions around particular illnesses. Part of the reason we failed at addressing HIV stigma is that we think (the solution) is a simple transfer of information – as if you could just tell somebody that HIV not just transmissible by hugging or sharing utensils. But that information doesn't challenge the biases that a person may already hold about particular groups of people.

Information on its own is likely not going to reduce the stigma because the stigma is rooted in social inequality that Asian Canadians, in this case, experience. How we address that is by challenging racism, educating people and sharing the harms that this having on communities, individuals and businesses.

We need a multi-pronged approach. Yes, we need the information, but we also need to share how this is connected to our biases towards, say, Chinese people in Canada, as well as the negative impacts it's currently having on communities.

You have covered many aspects of stigma in relation to the coronavirus, but is there anything else you'd like to add?

You asked me before what we can do. I also think we can step in when possible to expand people's knowledge and awareness of the virus, of racism and challenge it. We can also reach out to people who we know are being impacted – whether it's restaurants, communities or individuals – and provide support.

You could, for example, go to that restaurant and treat people with the dignity and respect with which you would want to be treated. And so I think it's time for us also to step up and show up for people who are experiencing stigma right now around the coronavirus.

I should add that there appears to have been a positive ending to that story of the restaurant because people did show up. The mayor ate there and diners are saying the place is busy.

That's amazing. You don't want misinformation to create these lasting harms so it's up to us to, first of all, to acquire information and then lovingly, supportively and gently correct misinformation when we can so we can be a part of creating a place where a virus has nothing to do with negative perspectives toward particular people.

It is heartwarming to see the community supporting Wuhan Noodle 1950 in Markham, after reports the restaurant was getting prank calls and was the subject of discrimination on social media. I had a delicious lunch and it was busy and bustling. This is Markham! #WeAreMarkham pic.twitter.com/PGYJJXeV9a