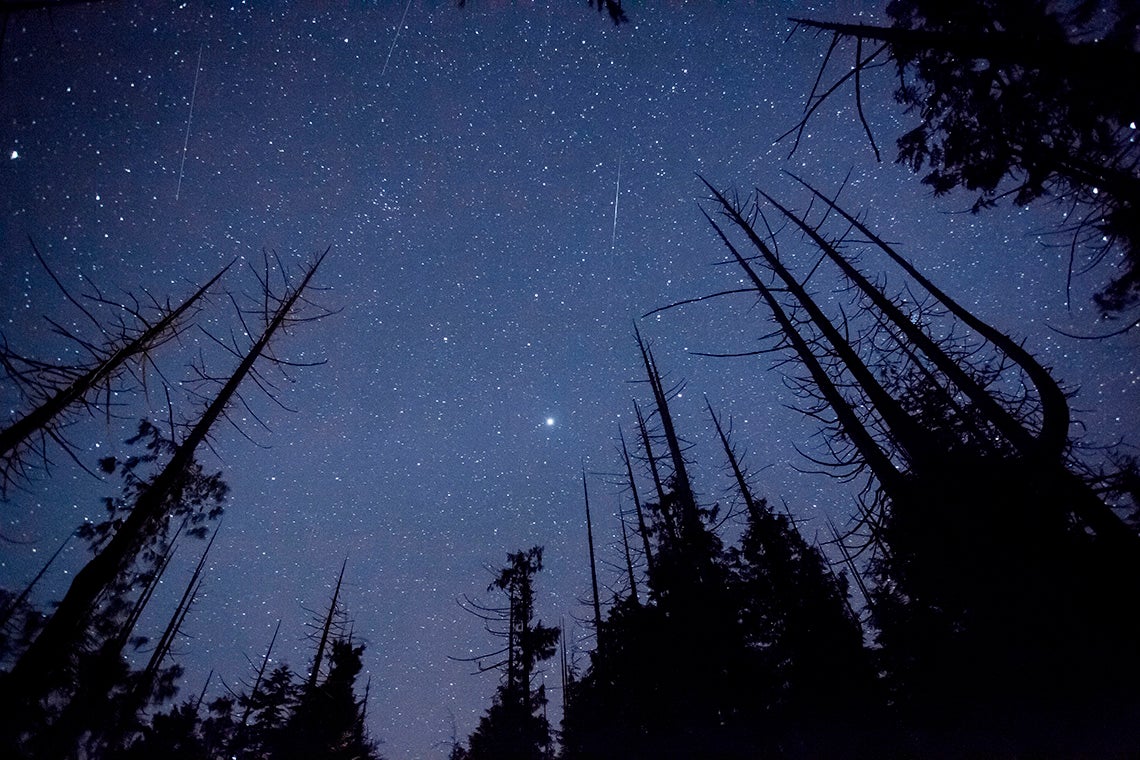 Researchers at U of T, UBC and the University of Regina are studying the light pollution that would be created over Canada by tens of thousands of new internet satellites scheduled to be launched in the coming years (photo by Dave Mantel/iStockphoto)

The night sky is going to get much busier thanks to thousands of new internet satellites set to launch over the next few years – and researchers say it’s going to affect Canada more than most places on Earth.

This means the skies near most large Canadian cities such as Toronto, Vancouver, Calgary, Regina and Winnipeg could be affected.

“As with any new technology, it’s important to look at all of the possible impacts,” says Hanno Rein, an associate professor at U of T Scarborough and a co-author of the new research.

“This is such a fundamental change to our view of the sky that it requires greater scrutiny.”

Several internet-service companies are planning to launch tens of thousands of satellites in the near future, resulting in a 20-fold increase of these objects in the Earth’s lower orbit. It’s estimated the number of orbiting satellites could reach 65,000 over the next few years, compared to about 5,000 today.

This flood of satellites presents a major challenge for astronomers (and amateur stargazers) who have to contend with light pollution from the thousands of new points of light. Rein says about eight per cent of all the light in the night sky might soon come from these satellites. What will be most noticeable for the average person is the hundreds of new lights slowly moving across the night sky at any given time.

The researchers say these satellites will also contribute to atmospheric pollution from rocket fuel during launch and on re-entry when they burn up in the Earth’s atmosphere.

More satellites also increase the threat of low orbit collisions, contributing to what’s known as the Kessler Syndrome. This is where the number of objects in low orbit is high enough that a collision becomes more likely, leading to a cascading effect where space debris increases the probability of further collisions. There is currently no method of cleaning up space debris, which means certain space activities and the use of other satellites could be prevented for long periods of time.

“If these satellites collide it gets much brighter because the surface area increases from all the small fragments of debris that get created,” says Rein, whose research focuses on exoplanets and developing mathematical methods used in astrophysics.

While this technology has been touted by companies as a way to deliver high-speed internet to rural areas, Rein notes that the service is expensive and that only a relatively small group of people living in wealthy countries will enjoy the benefits.

“The light and environmental pollution impact, on the other hand, will be experienced by everyone,” he says.

He says another consideration is what happens if these companies go bankrupt and can no longer manage satellites already in orbit.

The research, which has not yet been peer-reviewed, has been submitted toThe Astronomical Journal. Rein also helped develop a web app that allows people to select a latitude, season and time of night to find out how many satellites will be in the night sky and how bright they will be.

“The sky plays an important cultural and scientific role in people’s lives,” he says. “You cannot escape this technology – you will always see these satellites flying above you, no matter where you are in the world.”