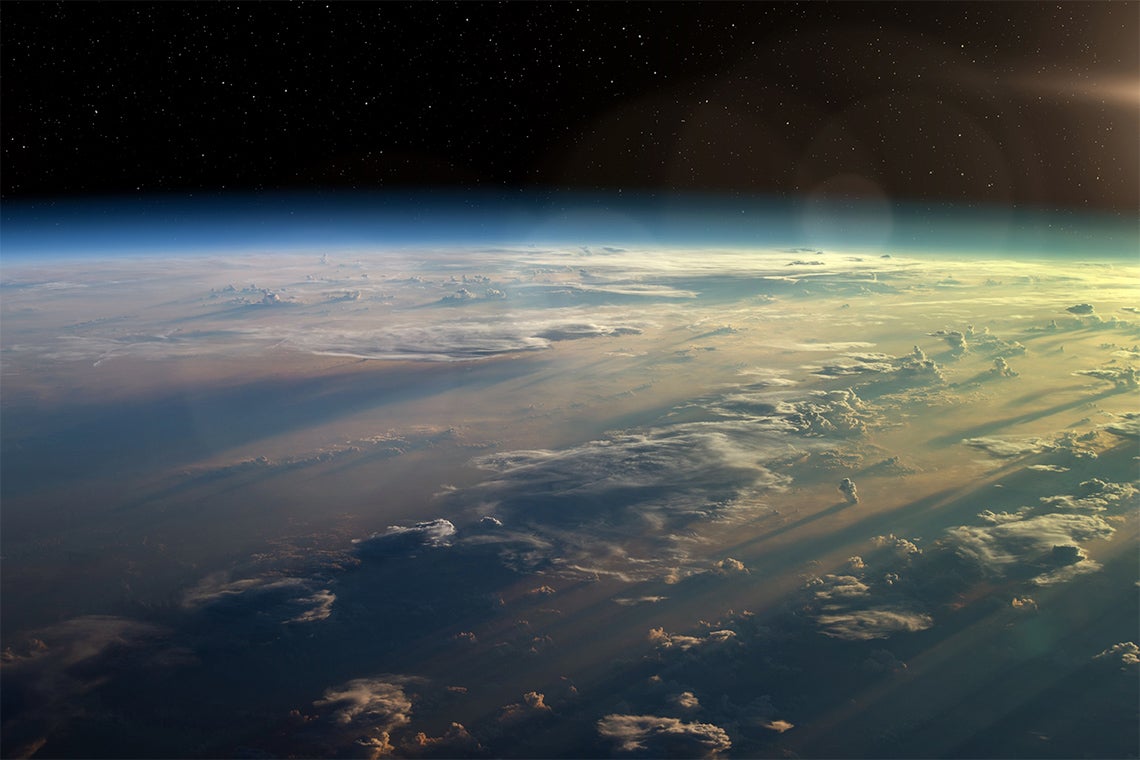 An international team of scientists has provided further evidence of climate change by measuring the expansion of the troposphere – the lowest layer of the Earth’s atmosphere – which is being driven by rising temperatures.

The scientists subtracted the effect of natural forces and determined that roughly 80 per cent of the increase in the temperature of the troposphere since 2000 was due to anthropogenic – or human-caused – warming driven by growing levels of greenhouse gases.

"Our research provides another piece of very important evidence of anthropogenic climate change and proof that can be observed even in the tropopause,” says Jane Liu, an associate professor in the University of Toronto’s department of geography and planning in the Faculty of Arts & Science, and corresponding author of a paper describing the result published in the journal Science Advances.

“It shows that fossil fuel consumption is leaving its fingerprints — not just on the planet’s surface with extreme weather, sea level rise and retreating glaciers — but everywhere, even high above our heads.”

The paper’s lead author is Lingyun Meng is from Nanjing University in China, while the co-corresponding author is William Randel from the National Center for Atmospheric Research in Boulder, Colo. Other authors include researchers from Canada, Austria and China. 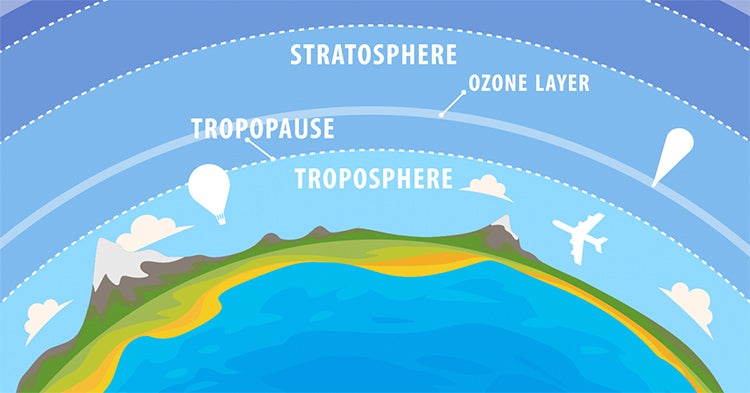 (Image via the Faculty of Arts & Science)

The natural forces they accounted for included major volcanic eruptions of El Chichón in 1982 and Mount Pinatubo in 1991, as well as warming in the Pacific Ocean due to the climate phenomenon known as El Niño.

Liu and her collaborators used data collected by instruments carried high above the Earth by weather balloons that measure temperature, pressure, humidity and wind. Additional data came from a technique known as radio occultation in which signals from global positioning system (GPS) satellites pass through the atmosphere and are received by satellites on the other side of the planet.

In addition to their main finding, Liu and her collaborators saw a change in the forces driving the rise in the tropopause.

Between 1980 and 2000, the rise was the result of both warming of the troposphere and cooling of the stratosphere, which is the layer above. Stratospheric cooling prior to 2000 was the result of a depletion of atmospheric ozone caused by the proliferation of chemicals like chlorofluorocarbons, commonly used in refrigeration and air conditioners.

While the slowdown of stratospheric cooling is a positive sign, the rise in the tropopause has not slowed, meaning that greenhouse-gas-driven tropospheric warming has more than made up for that turnaround.

“Still, this shows that the Montreal Protocol has worked,” says Liu. “And we can do the same with global warming.”

The results were published while representatives from around the world assembled in Glasgow, Scotland for the COP26 summit to address the climate crisis. The gathering is being viewed by many as the last, best chance to address the global threat and Liu hopes that those in attendance will pay attention to this result and all the scientific evidence.

“I think this research sends a very clear message to the delegates at COP26, as well as to anyone who still has doubts about anthropogenic climate change and what’s happening to our planet.”