From Santa Claus to KFC: Tracing the origins of modern Christmas traditions 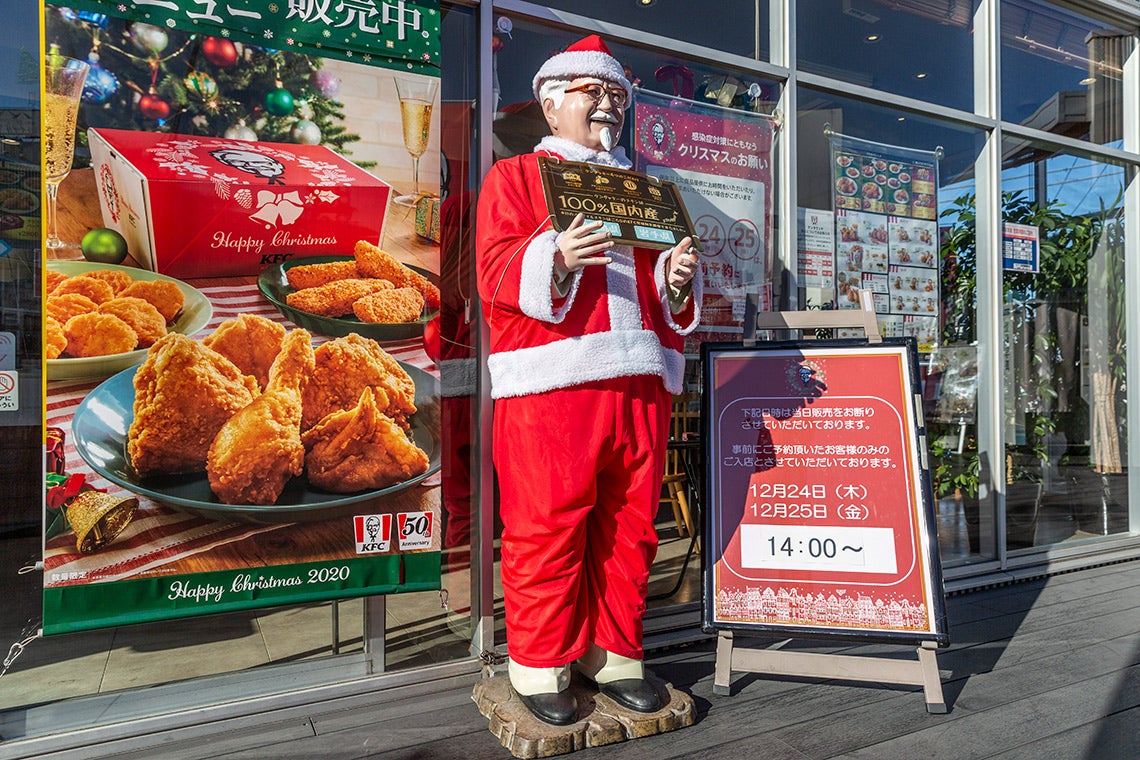 A statue of Colonel Sanders in Santa outfit is pictured on December 23, 2020 in Tokyo, Japan (photo by Yuichi Yamazaki/Getty Images)

Every year, families who celebrate Christmas decorate their tree and hang stockings in anticipation of the arrival of Santa Claus. But what does this have to do with the religious holiday itself?

Exactly how a celebration of the birth of Jesus became what it is today is difficult to trace, yet there are some clues to the cultural origins of modern Christmas celebrations, says U of T Mississauga history of religions professor Kyle Smith. While it’s hard to identify a single moment it all began, the second half of the 19th century is when some significant changes in the celebration of Christmas occurred, he says.

“Dutch immigrants to the United States, specifically to New York, are really important for the history of Christmas,” Smith says.

As immigrants from the Netherlands, Germany and other parts of Europe arrived in New York, they brought with them their own Christmas traditions. Because North America and Europe are situated in the Northern Hemisphere, where December is a cold month, those traditions reflect that.

Santa Claus is an obvious feature in modern Christmas celebrations. His origins relate to the Catholic St. Nicholas of Myra. In the Catholic Church, St. Nicholas’ feast day is Dec. 6, close to Christmas time. Known as a “gift giver,” he’s been venerated since late antiquity.

But the story of how the saint became Santa involves Dutch immigrants. The Dutch had their own tradition of a figure named Sinterklaas – based on St. Nicholas. Sinterklaas visits families during their Christmas feasts to offer gifts, as per Dutch tradition. 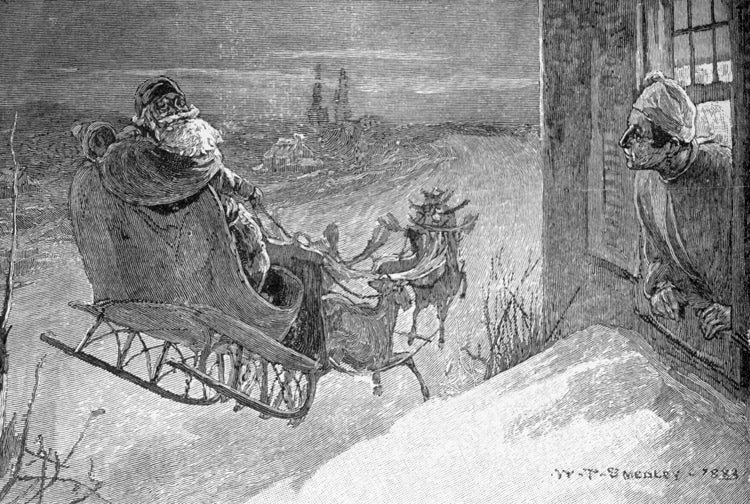 As the Dutch arrived in New York – where an explosive literary culture took hold of the idea of Sinterklaas – stories and images of Santa Claus began to spread. Works penned in the United States by Washington Irving and Clement Clark Moore (‘Twas the Night Before Christmas) and in England by Charles Dickens (A Christmas Carol), among several other writers and illustrators, helped lead to Christmas taking a newer, commercialized form.

“It has to do with European immigration to the United States and this sort of creation happening in New York through a number of different writers and illustrators,” Smith says.

Moore’s stories developed ideas of Santa being an elf with reindeer who comes down the chimney. While Dickens’ stories, notably A Christmas Carol, drove the celebrations to be focused on children’s gifts and domestic feasts. 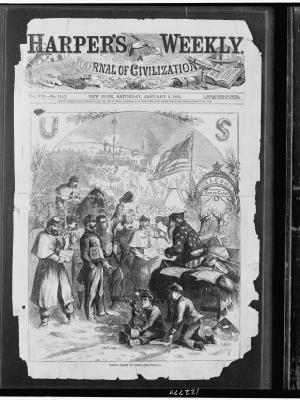 Santa Claus, as he is known today, first appeared in Harper’s Magazine in 1863 in an illustration by Thomas Nast. He’s shown as a plump elf with a beard and a hat, and of course, is a gift-giver.

But one of the first Santa Claus parades took place in Toronto in 1905, and was held as a promotional event by Timothy Eaton for his department stores.

Stockings would have been one of the promoted products, another modern Christmas tradition alongside the tree and Santa Claus. Their origins, however, are a bit grimmer; they stem from a story of St. Nicholas as a bishop in the 4th century in Myra, in present-day Demre on the Mediterranean coast of Türkiye.

“There was this father who had three daughters, and he was very poor,” Smith says. “In order to feed himself he was on the verge of having to sell all three daughters.

“Supposedly, Nicholas comes and throws three bags of gold either through the window or through the chimney. And according to the story, the daughters hang their stockings to dry and one of the sacks of gold falls into the stocking.”

The story has seen different versions and alterations through the centuries. 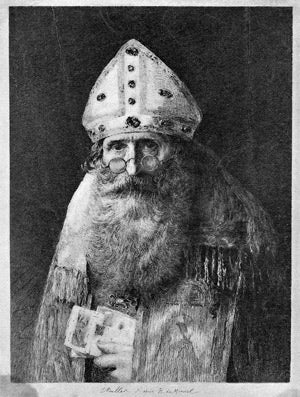 Picture shows St. Nicholas from an etching by Muller after a painting by Boutet de Monvel. Undated. (Image by Bettman/Getty Images)

The origin of the Christmas tree is also elusive. Smith says there’s a long history of people in Europe bringing greenery into their homes during the cold winter months and decorating them. But the modern Christmas tree as we know it, he says, originates from 19th century Germany. That’s why it’s usually a fir tree or a pine tree, and almost never a palm tree. But the exact origins remain extremely difficult to pinpoint.

Before the modern celebrations, Christmas involved dancing, costuming and feasting.

“We don’t necessarily associate dance parties and costuming, but that is what the Christmas celebration was very much so in medieval Europe,” he says.

In 12th-century London, a big feast would have been thrown by lords and nobles to express generosity, featuring such offerings as goats, chickens and barrels of wine.

Some modern celebrations have taken on unexpected turns. For example, in Japan, where there are few Christians, a popular Christmas celebration is to order KFC takeout.

“It clearly has nothing to do with Christianity or the nativity of Jesus, but it’s become this cultural thing,” Smith says. “That’s a result of 150 years of the spread of American commercialism. Christmas is exported to places that have zero cultural and historical connection to the celebration.”

With all the pomp around Christmas, it’s important to note that for most of Christian history, Easter was considered a far more important holiday.

“We have no idea when Jesus was born,” Smith says.

He explains there are no textual records that identify a year, month, day or season when Jesus of Nazareth was born. The date of Dec. 25 stems from winter solstice celebrations held by Romans. While the solstice is now on Dec. 21, it was on Dec. 25 before Julius Caesar reformed the Roman calendar in 44 BCE.

It wasn’t until 325 CE at the First Council of Nicaea that Christmas was decreed to be on Dec. 25. It fit pre-existing celebrations at the time of the winter solstice, including the pagan Feast of the Unconquered Sun.

But the idea of Jesus being born on Dec. 25 stuck.

“The most compelling theory is the whole point of the idea of the Messiah coming into the world at its darkest hour,” Smith says.

In the Northern Hemisphere, that is.