Routine mammograms do save lives: U of T expert 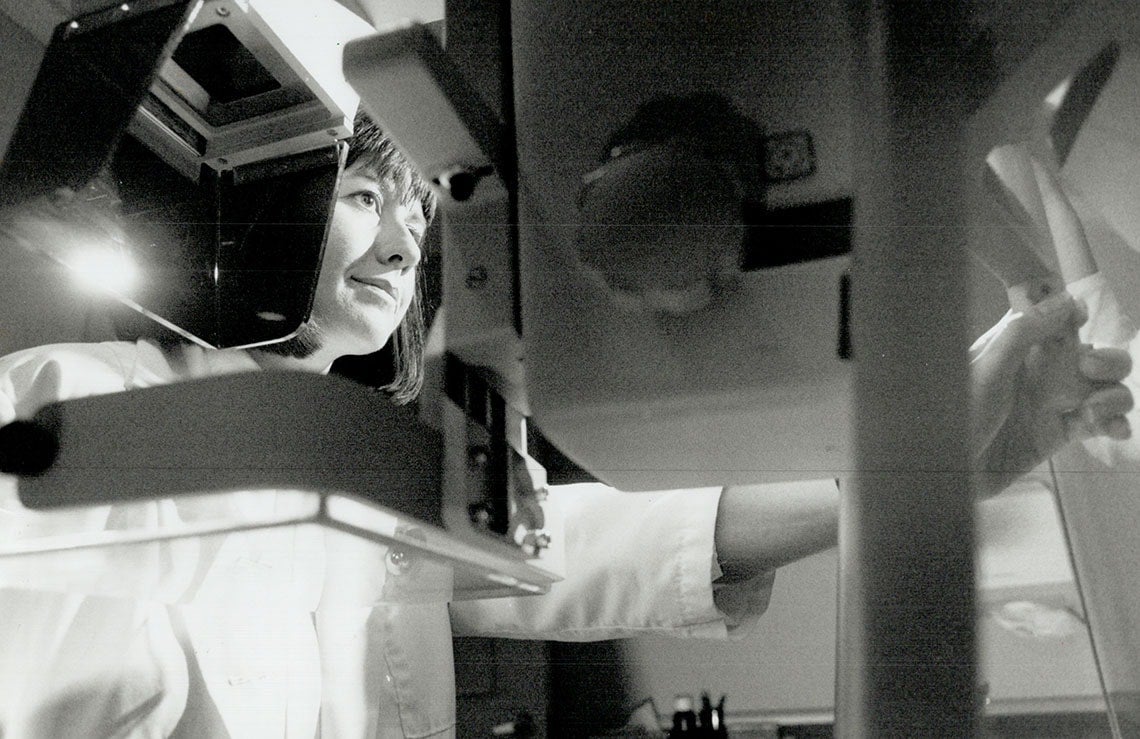 A recent article published by The Conversation Canada stated routine mammographies do not save lives – and that the harms of screening outweigh the benefits.

We believe that women should decide for themselves whether to participate in screening after they have all the facts.

Screening mammograms help save lives by detecting small breast cancers when they have not yet spread through the body (metastasized). Metastases are what make breast cancer a lethal disease. An additional benefit of earlier detection is that it often allows less toxic, gentler therapies to be used – less extensive surgery and the use of drugs that have fewer and less severe side-effects than chemotherapy.

Debates on the wisdom of, and best age to begin, routine mammography screening have raged within both the medical literature and the media for many years. It is important, then, that recommendations and guidance for women are based upon a thorough review and presentation of the best evidence available.

The study referenced in the original article was based on screening performed in the early 1980s using obsolete technology. That study was heavily criticized by multiple reviewers because of the poor quality of the images and other flaws in how the study was conducted. This was the only study that failed to show a benefit of screening.

Multiple overviews of all of the randomized trials of breast cancer screening on the other hand – including one recently performed by the International Agency for Research on Cancer, one by a research team in the United States and one produced for the American Cancer Society – show a reduction in breast cancer deaths by about 20 per cent. The way randomized trials are analyzed tends to underestimate the benefit, so the real benefit for women who do get screened is likely to be higher.

A recent Canadian study, published in 2014, reinforces these findings. Researchers compared breast cancer deaths across seven Canadian provincial screening programs and observed about 40 per cent fewer deaths in women screened, with benefits extending for screening between ages 40 and 79. For women in their 40s, the reduction in breast cancer deaths was 44 per cent.

Similar observations have been noted in British Columbia, in Norway, Florence and five regions of Italy and across Europe – women who participate in mammography screening are less likely to die of breast cancer than those who do not.

It is important for women to know that mammography screening doesn’t diagnose cancer. The pictures from a mammogram simply allow the radiologist to detect suspicious areas in the breast where cancer could be present.

As a result, it is likely that some cancers are over-detected by mammography – in that if they weren’t found they would possibly not have caused harm. This could be the case if a cancer that is growing slowly is detected, but the patient dies of other causes before the cancer becomes lethal. For example, if the woman dies in a car accident, or from a heart attack before the cancer kills her. Early detection of breast cancer can allow for less toxic, gentler therapies to be used, such as drugs with fewer, less severe side-effects than chemotherapy (photo by Franka Bruns, AP)

Here is an example based on real data from the British Columbia Screening Program. In every 1,000 women age 55 who go for screening, 929 (or 93 per cent) of them will have a normal result. They will be asked to return in one or two years for the next exam. The other 71 women will be asked to return for additional imaging to evaluate abnormal areas. At this point, the level of suspicion for cancer is still very low. After the imaging, 59 of these women will be told that there is no evidence of cancer (this can be considered to be a false alarm).

For 12 women (1.2 per cent of those who were screened), suspicion will remain. They will have a biopsy, with local freezing, in which a small amount of tissue is removed with a needle and examined under a microscope. This is where the actual diagnosis takes place. About four of the original 1,000 women will be found to have breast cancer and will be offered treatment. One cancer will be missed in the screening.

These four cancers are real. Some will be highly aggressive and grow quickly while others may grow slowly, possibly not at all. The pathologist has some tools to distinguish between these two situations, and research continues to improve these tests. But this is not an exact science.

Most doctors and women opt for aggressive treatment because it is “better to be safe than sorry,” and in some cases this results in over-treatment. While unreasonably high estimates of over-detection have been made by some researchers, more careful analysis suggests that it is in the order of one to 10 per cent of cancers.

It does not make any sense to throw away the lives saved by screening – to avoid over-treating a small number of cancers. A promising way to avoid over-treatment is to follow the lead of male prostate cancer treatment while we wait for the pathology tests to improve. This involves a discussion between patient and doctor of more conservative treatment of some cancers. Clinical trials are now underway to test these ideas.

Recalls (false alarms) from screening for additional tests can cause anxiety. It is important, therefore, that women are informed of the possibility of false alarms before they choose to be screened. Women should be informed that only a small percentage of those recalled are subsequently diagnosed with cancer.

Most women will accept the risk of transient anxiety once they are aware of the potential mortality reduction by participating in screening. In one study, women who attended public education sessions about screening reported decreased anxiety. Patients and physicians should also advocate for faster diagnostic investigation to reduce the time to resolution of whether cancer is present, or not.

The false alarms from mammography are very similar to those from smoke detectors. You install a smoke detector to avoid damage and injury from a fire. For most people, there will never be a fire in the house (only about 12 per cent of women will develop breast cancer), so for those people who don’t, you could argue that the smoke detector is a waste of money.

It is also possible that a fire will start, and the detector will not go off for some reason (the sensitivity of mammography is approximately 80 per cent) or that the fire grows so quickly that the alarm does not really help you (a fraction of cancers are too aggressive for screening to be useful). Alternatively, the fire might start in the fireplace, so it does not really matter that the alarm went off because the fire would not have hurt you (some cancers are indolent; these are the over-detected cancers). The alarm might sound in the middle of the night and wake you up, but there is no fire (as when mammograms raise false alarms).

The benefits, of course, are that the alarm could wake you up just in time and save your life. It could even wake you so quickly, you can extinguish the fire before any real damage has been done to your house. The equivalents of all these situations occur with mammography screening.

We know that large X-ray doses increase the risk of cancer. And, while there is no direct evidence, it is reasonable to be cautious and assume that the lower X-ray dose from mammograms can cause cancer. However, avoiding mammography due to fear of radiation is not a winning bet.

We have analyzed the risks and the benefits of screening every two years from ages 50 to 69. In a sample of 1,000 women the radiation from mammograms would hypothetically be responsible for 0.27 cancers and 0.04 cancer deaths. Mammograms, on the other hand, would prevent five deaths (125 times more than those lost) and save 105 years of life.

This is why breast radiologists, who are well-acquainted with the radiation dose in modern mammography, overwhelmingly have annual screening themselves and recommend the same for their families, friends and patients.

We recognize both the benefits of mammography screening as well as its limitations or risks. It is far from perfect. But screening has the potential to prevent 1,000 breast cancer deaths in Canadian women each year. Women and their health-care providers need an accurate and balanced picture of these strengths and limitations so they can make an educated decision about participation in screening.

Paula Gordon is a clinical professor in the department of radiology and medical director of the Sadie Diamond Breast Program at BC Women’s Hospital, University of British Columbia. Martin Yaffe is a professor of medical biophysics and medical imaging at the University of Toronto and senior scientist at Sunnybrook Research Institute.