Roomies with a twist: U of T researchers help run home-sharing project that pairs seniors with students 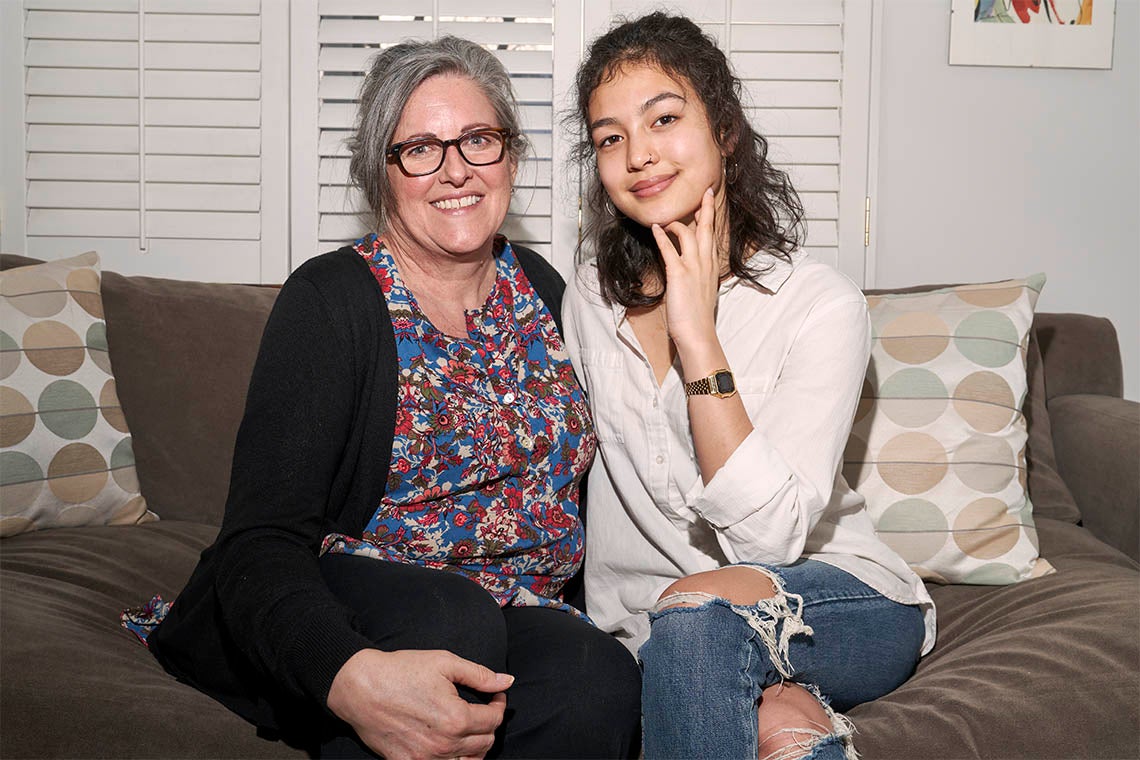 On a bright December morning, first-year University of Toronto student Zoe Butcher is quick to answer the door at a well-kept semi in Toronto’s East Danforth. She offers tea as she heads into the recently renovated kitchen where Catherine Finlayson, 61, joins her. They chat and laugh while the kettle heats up. The two live together, but they aren’t family, roommates, or your typical landlord and tenant. As participants in an intergenerational home-sharing program that launched in September, they’re something unique.

Settling in the comfortable front room where they sometimes watch Netflix together over dinner, Butcher and Finlayson joke about how boring their story will be for the researchers analyzing the results of the Toronto HomeShare Pilot Project. “Everything has just been incredibly easy,” says Butcher, 18, who was searching for a place to live with friends when she learned about the project at the U of T housing fair. “We’ve had zero problems.” Finlayson says the concept interested her right away when she heard about it on social media last summer. “I thought it would be fun to have a young person around, and I knew I could use help with the house.”

A provincially funded partnership between the National Initiative for the Care of the Elderly – housed at U of T – and the City of Toronto, the project matched 12 Toronto post-secondary students with older adults willing to rent their unused space for the academic year. The students subsidize their rent with five to seven hours per week of household contributions such as errands and dog walking, while the homeowners benefit from this assistance along with rental income. Butcher pays $500 per month, while the one-bedroom apartments she had been looking at were around $1,000, and shared accommodations were $700 to $800.

A 2017 study by the Canadian Centre for Economic Analysis found there are two million empty bedrooms in the Greater Toronto and Hamilton Area alone, most of them owned by seniors. Capitalizing on this fact, the project provides quality affordable housing – a rarity in the Toronto market – for students while helping older adults age in place.

“Intergenerational home-sharing programs aren’t new,” says Raza Mirza, a senior research associate at U of T’s Factor-Inwentash Faculty of Social Work, “but to the best of our knowledge, this is the first intergenerational home-share project in Canada and potentially the world to be facilitated completely by social workers. They help mitigate risk and offer reassurance to both the students and seniors.”

Mirza and his research team at the National Initiative for the Care of the Elderly, where he is the network manager, are implementing and evaluating the project in collaboration with the city.

Based on the applicants’ lifestyles and preferences on matters such as alcohol, pets and smoking, social workers create a match and then attend an in-person meeting to evaluate whether the two individuals connect well in real life. Students undergo a vulnerable sector screening – a police background check designed for people who will be volunteering or working for potentially vulnerable populations such as older adults or children – and complete an educational module on living with older people that includes subjects such as elder abuse and how to engage with seniors. Both parties can access the social worker for support and mediation after they’re living together. First-year U of T student Zoe Butcher helps Catherine Finlayson, 61, empty the dishwasher. Students are expected to help out around the house, doing chores and light housework in return for subsidized rent (photo by Naomi Harris)

Laura Martinez, the gerontological social worker and research officer at the National Initiative for the Care of the Elderly who matched Butcher and Finlayson, says there were only minor problems among some project participants during the four-month pilot phase. “It was just normal roommate issues like cleaning up, and they were easily resolved. But they could have escalated without intervention.”

Finlayson and Butcher are eager to talk about how well they hit it off from their first meeting. Not only were they a good match on paper – non-smokers with the same sleeping schedule, among other things – but they soon discovered other common ground, such as their love for Star Wars movies. Most striking, however, is the fact that they come from families of six kids.

The importance of family and friendships in both of their lives comes up when they try to pinpoint what makes them mesh so well. “My mom always encouraged me and my siblings to be social, and create lots of different connections,” says Butcher. She and Finlayson share a low-key warmth, along with a fondness for a good laugh. Asked what made them take the leap of living with a stranger with a 40-year age difference, they both attribute it to being “open-minded” about new experiences. “As I age, I work even harder on keeping my world growing, not shrinking,” says Finlayson.

Before Butcher moved in, Finlayson had been living alone in the house – bought in 2014 after her divorce – for more than three years. A serious knee injury around the same time limited her mobility and made home maintenance very difficult, but she says she wasn’t just looking for an extra pair of hands. “It’s nice to remain exposed to young people and their ideas. You don’t want to get too insulated as you get older.”

Yet social isolation and loneliness are not the exclusive domain of seniors, says Mirza. Students and older adults have common pressures such as housing challenges, loss of family connections and financial stress. “By bringing these two demographics together and alleviating some of their primary stressors, we’re trying to create opportunities for new connections and deeper community engagement.”

Finlayson has grown children in the city and helpful neighbours, but says it’s reassuring having someone in the house she can rely on. “I’m not very good at asking for help, so Zoe has become good at reminding me she’s willing and able to do things.” She did the fall garden cleanup, shovels snow and takes on physically demanding chores such as vacuuming. Mirza and his research team are now taking what they’ve learned from the pilot phase and using it to improve and expand the project. The major criticism from participants was that it took too long to apply and get matched, so the team is developing a tech platform to streamline the process. The feedback from participants on the actual home-sharing experience was overwhelmingly positive, prompting Mirza to apply for a grant to replicate the project at five other Canadian universities. The pilot project included students from U of T, Ryerson University and York University.

“The results show that this project was not about needy older adults renting their rooms out of necessity, nor were students just looking for a cheap space,” says Mirza. “We found a true sense of reciprocity, where both parties contributed to each other’s lives.”

Next year Butcher plans to find an apartment with friends so she can try out a more typical student lifestyle, while Finlayson says she would take another student every year from now on “in a heartbeat.” She adds, “It’s just been such a rewarding experience all around. I’d encourage anybody to do it.”

This story originally appeared in University of Toronto Magazine