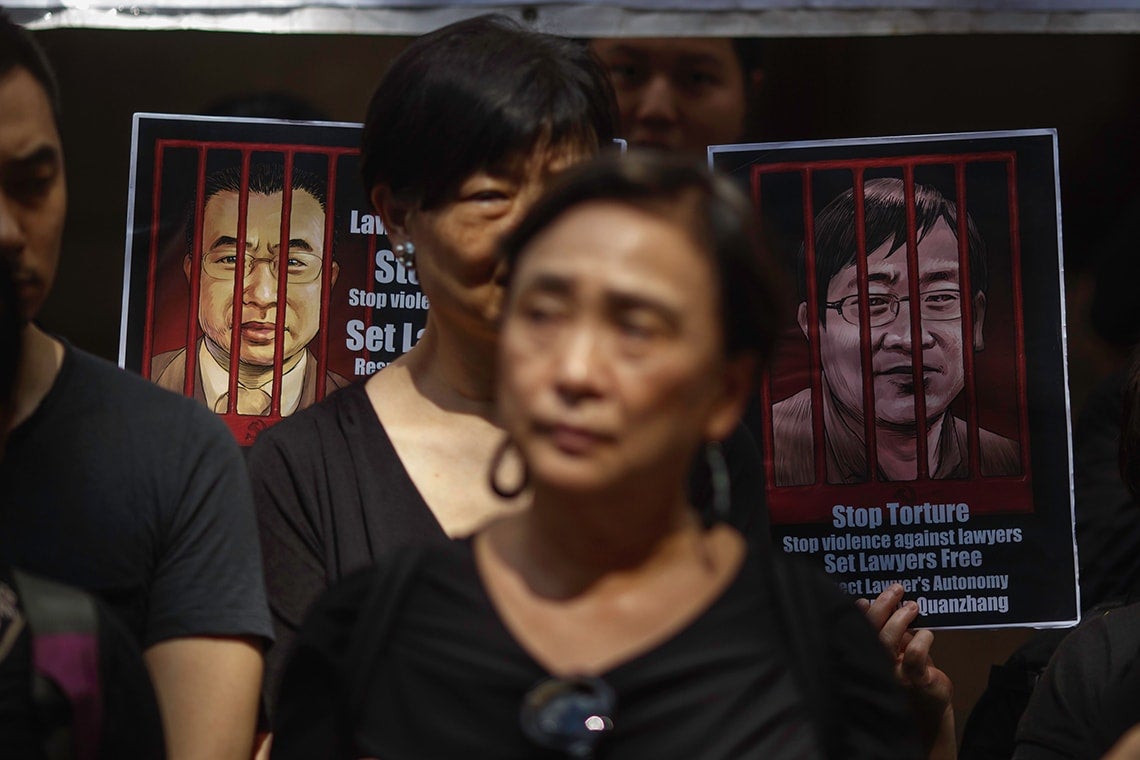 His book was just reviewed in the New York Review of Books, and he was recently quoted extensively in a New York Times Magazine article on the lawyers representing China's dissidents, but for Sida Liu the latest interest in China's human rights abuses is not surprising.

He says his book, Criminal Defense in China: The Politics of Lawyers at Work, co-written by Terence Charles Halliday, began receiving media attention even before the book was out in print.

“The irony, however, is that much of it was owing to the plight of Chinese criminal defence lawyers in recent years,” he says. “It was painful for me to see our book getting good reviews while some of our informants suffered in the criminal process.”

Liu, who officially joined U of T Mississauga’s sociology department in 2016 as an assistant professor, spent last year at the Institute for Advanced Study in Princeton, N.J., for an academic sabbatical. When classes resume in the fall, students will finally get a chance to attend his lectures and learn about what's unfolding in China today.

U of T News interviewed Liu (below) about research for the book, the likelihood of reform in China and what he'll be teaching in the fall. He says China's defence lawyers have faced major setbacks over the last five years, but there's hope.

“I believe lawyer activism in China will make a difference in reforming the Chinese legal system, but this requires broader structural changes in China’s political regime.” China’s human rights movement has suffered a series of setbacks in the past a few years, such as the detention of the “Feminist Five” and the “709 crackdown” on human rights lawyers in 2015, the promulgation of a highly restrictive foreign NGO law in 2016, and, mostly recently, the death of Liu Xiaobo.

The attention that Liu Xiaobo’s death generated was short-lived. The prospect of human rights in China is not bright as activists continue to face constant surveillance and harsh repression from the government. Ironically, it is precisely the harsh repression they face that gives rise to the renewed interest in China’s human rights issues in the international media. While international support is crucial for sustaining China’s human rights movement, it only works when there is a domestic space for political mobilization and collective action. Unfortunately, that space has become smaller.

Your book focuses on criminal defence lawyers. Can you talk about your findings as well as the weiquan (rights defence) movement? What is motivating the lawyers? Do they have a chance at succeeding and reforming the system or will government crackdowns derail those efforts?

We started the project in 2005 and made 12 research trips to China over the next 10 years, with more than 300 interviews conducted in total. The scope of our inquiry not only includes high-profile human rights lawyers in Beijing, but also extends to ordinary criminal defence lawyers who pursue a less radical and more incremental approach to legal and political change in China.

We call all these practitioners “politically liberal” lawyers. Their motivations in engaging in political lawyering are quite complex.

Some had grievances from the Cultural Revolution or the 1989 Tiananmen student movement. Others were driven by religious beliefs or legal ideology. Yet others, stumbled into rights activism by accident. In the long-term, I believe lawyer activism in China will make a difference in reforming the Chinese legal system, but this requires broader structural changes in China’s political regime. Lawyers are marginalized in China’s existing power structure, and they cannot be expected to act alone in generating substantive political reforms. 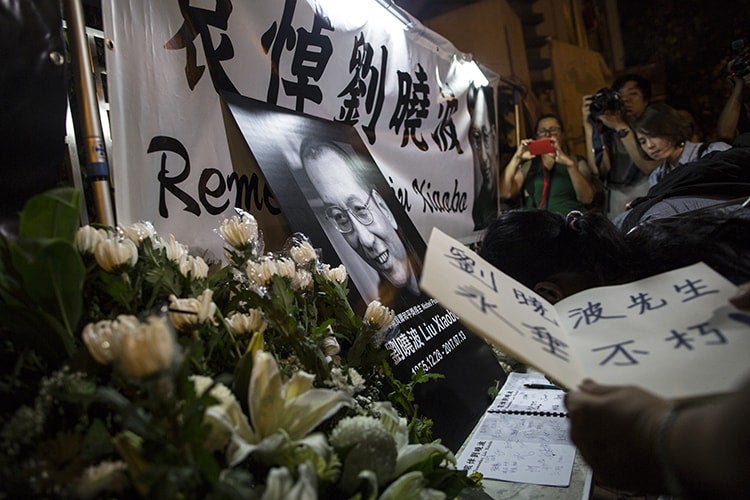 Protest outside the Chinese Liaison Office in Sai Wan, Hong Kong, over the death of Chinese Nobel Peace Prize winner Liu Xiaobo. He died of cancer in hospital last month after being transferred from prison (photo by Chan Long Hei/Pacific Press/LightRocket via Getty Images)

Why did China not allow Nobel Laureate Liu Xiaobo and his family to leave the country when he was diagnosed with cancer and why did the government quash any activism on social media channels at the time of his death? Is this a misstep on their part?

This is a question on which we can only speculate. Personally, I don’t think it is a misstep. Rather, it is probably a decision made after the careful calculation of costs and benefits.

A main concern of the government could have been that Liu might leak information to the foreign media about his treatment, or perhaps Liu had continued his writings while in prison. For any authoritarian regime, information control is of great importance, especially for a political dissident who was a Nobel Laureate.

As for media control, Liu Xiaobo’s name and writings have always been heavily censored inside China, so the heightened control after his death was not surprising. However, despite the government censorship, there was still an outburst of condolences and support on the Internet and Chinese social media the night Liu Xiaobo died.

It gives us a glimpse of hope for the future of human rights and political change in China.

Can you describe how you went about interviewing the lawyers? In the New York Times Magazine piece, you mention following them on Weibo and WeChat, which Citizen Lab mentions often in stories about China’s crackdown on activists. Did you or the lawyers you were talking to face any government repercussions?

Most of our interviews were conducted in person in lawyers’ offices or coffee shops.

Professor Halliday and I interviewed more than 200 lawyers in nine different cities across China, and we also trained 13 research assistants to conduct interviews in smaller cities to which we did not have access. We kept our interview questions open-ended on purpose to hear more about lawyers’ cases, grievances and the ways they understand and engage in politics.

In addition to interviews, we also did “online ethnography” over a decade and observed how Chinese lawyers discuss cases, mobilize to help each other and express their political views in online forums, blogs and, mostly recently, Weibo and WeChat. The online data collection was a great complement to our in-person interviews because we were able to observe how lawyers interact without the disturbance of outside researchers.

Some lawyers that we followed on Weibo and WeChat were indeed targeted during the “709 crackdown” on lawyer activism in 2015. Most of them were released after a short detention, but a few received criminal sentences. Fortunately, I myself have never been directly approached by the state security apparatus, and I still visit China regularly for conferences and other events. But, I have become increasingly cautious in my ongoing research due to the sensitivity of the topic and the unfavourable political climate.

How will you incorporate your research into the classroom when classes begin in the fall?

I will teach Research Project in Criminology, Law and Society at UTM and a graduate seminar on the Sociology of Law at the downtown campus. Both courses will enable me to use my research experience to guide students (at both undergraduate and graduate levels) in their pursuit of sociolegal research topics.

In particular, I look forward to working with students to improve their techniques of conducting interviews and collecting online data. I will also share with students my experiences in doing fieldwork in an authoritarian context.