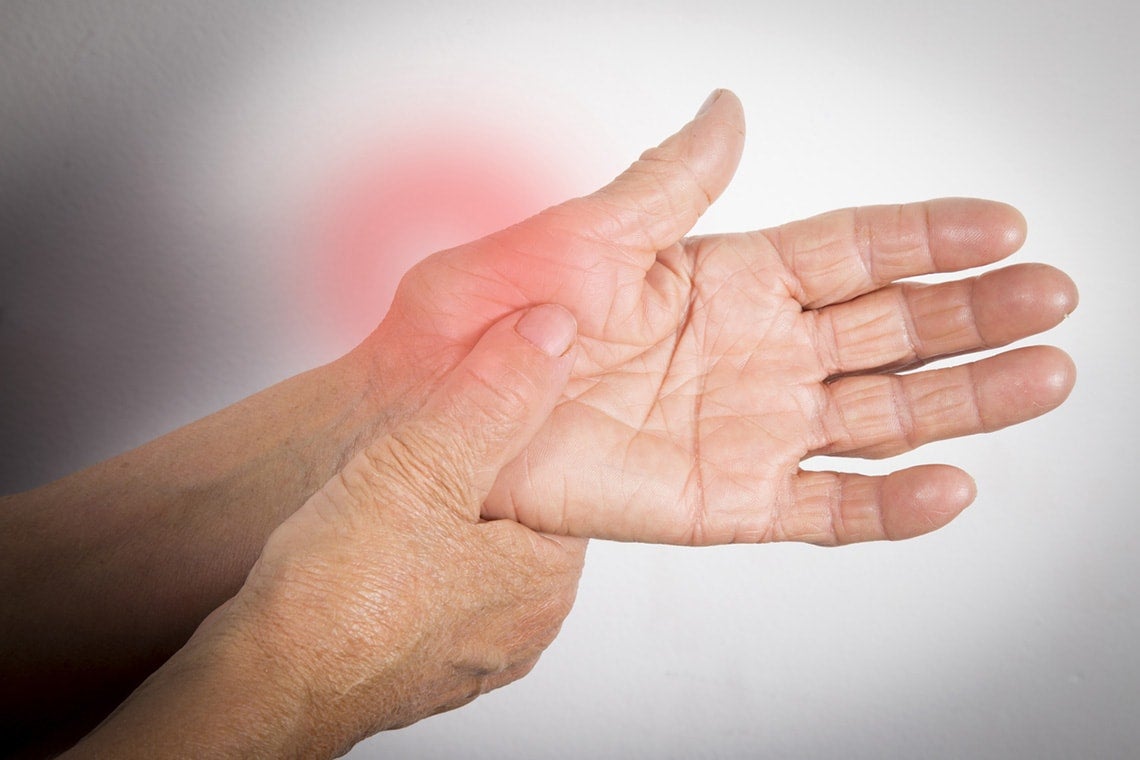 Sufferers of rheumatoid arthritis are more likely to die earlier than the general population, according to a new study by University of Toronto researchers that examined the causes of death of Ontarians over a 14-year period.

“Everyone deserves to live the same length and quality of life. Mortality is also one of the strongest markers to evaluate inadequate care, so if patients are dying earlier, there is a gap in care that needs to be addressed,” said Jessica Widdifield, lead author of the study and an assistant professor at the Institute of Health Policy, Management and Evaluation in the Dalla Lana School of Public Health.

“The excess mortality related to rheumatoid arthritis that we observed may suggest inadequate attention to control of the disease and its related morbidity.”

The study is one of the largest of its kind to comprehensively look at causes of death over an extended period of time. More than 87,000 patients with rheumatoid arthritis in Ontario were included in the study and compared with more than 340,000 members of the general population over a span of 14 years.

Causes of death among the two groups were found to be similar – such as circulatory system diseases, cancer and respiratory conditions – but the study found that those with rheumatoid arthritis were dying much sooner, experiencing almost double the number of years of life lost before the age of 75.

Rheumatoid arthritis is a chronic condition that can affect two to three per cent of older adults. As an inflammatory disease, rheumatoid arthritis can affect more than just the joints in the body – ongoing inflammation often leads to further complications and multimorbidity in patients. This means that individuals will likely have multiple chronic conditions occurring simultaneously, such as diabetes and high blood pressure, or heart disease and a respiratory illness. The study also found that among arthritis sufferers, one in three were dying of complications attributed to heart disease. Widdifield (pictured left) notes that these findings underscore the importance of improving preventative measures to slow down the progression of some of these co-morbid conditions in order to improve a patients overall life expectancy.

“Hearing that you have arthritis is not something individuals consider to be a fatal diagnosis, but we can see from our research that more needs to be done to improve survival across all age ranges and earlier on in the course of the disease,” said Widdifield, who is also a scientist at Sunnybrook Health Sciences Centre and the Institute for Clinical Evaluative Sciences. “There has been a significant shift in the paradigm of care over the past decade and long-term remission is now an achievable goal. Unfortunately, there are just too few rheumatologists to meet the needs of all RA patients.”

Widdifield and her fellow researchers are hopeful that the outcomes of this study will help raise awareness of the underlying complications of the disease, and increase efforts across the health system to improve survival across all age ranges, with particular emphasis on strategies to help patients play an active role in being vigilant about their health.

The study, published in Arthritis Care & Research, was supported by the Catherine and Fredrik Eaton Charitable Foundation, the Canadian Institutes of Health Research, and through the Arthritis Society Post Doctoral Fellowship.