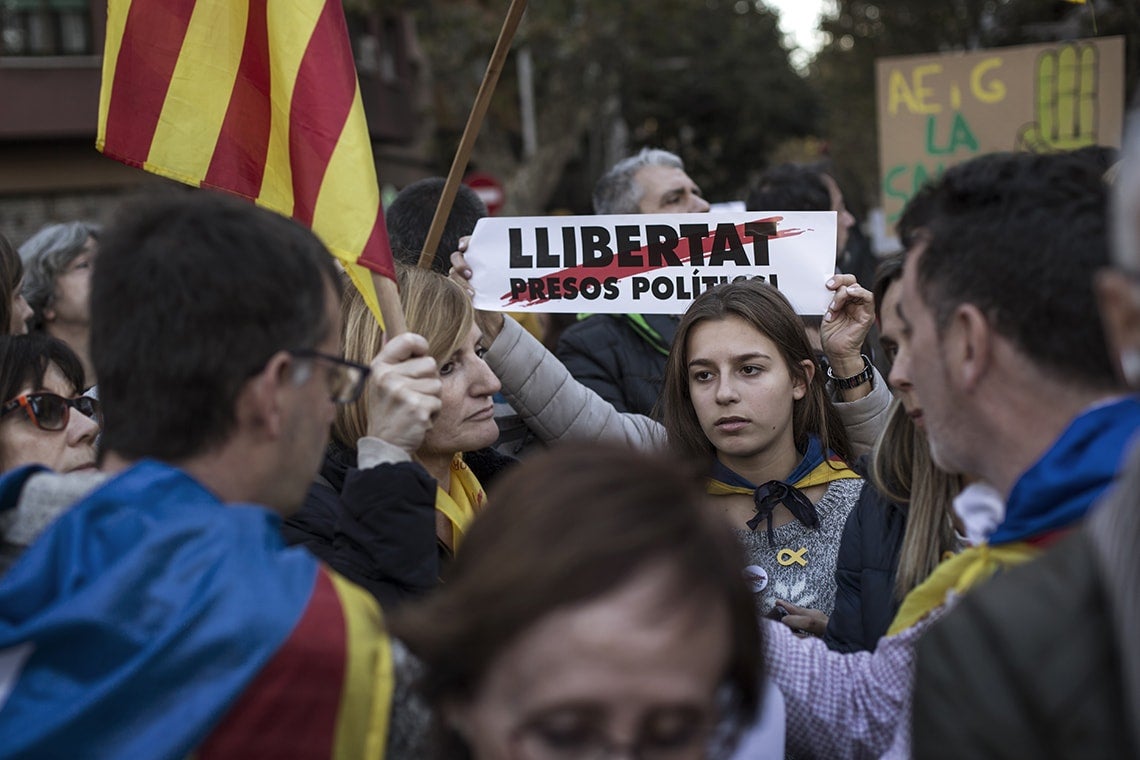 Catalonia's independence supporters march Nov. 11 in Barcelona. They were protesting the arrests and detentions of the deposed Catalan government (photo by Etienne De Malglaive/Getty Images)

Elections in late December will now determine the fate of a restive Catalonia.

After the region's vote for independence last month, the Spanish prime minister imposed direct rule, deposed the regional Catalan government and dismissed its parliament. Since then, the Catalan premier has taken flight to Belgium, and his ministers were recently jailed without bail.

The Spanish government called the December election, even as the two leading pro-independence parties have failed to unite on a single ticket.

U of T News spoke with two university experts – both originally from the area – who sit on polar ends of the debate.

One's a secessionist. Carles Muntaner, a social epidemiologist and professor at U of T's Faculty of Nursing and the Dalla Lana School of Public Health, is Catalan. He has been advising the Catalan parliament on health issues for a number of years.

The other supports a unified Spain. Francisco Beltran, is a lecturer in political science at the Faculty of Arts & Science and the Munk School of Global Affairs. He was born in eastern Spain but taught for a time at a Catalan university. 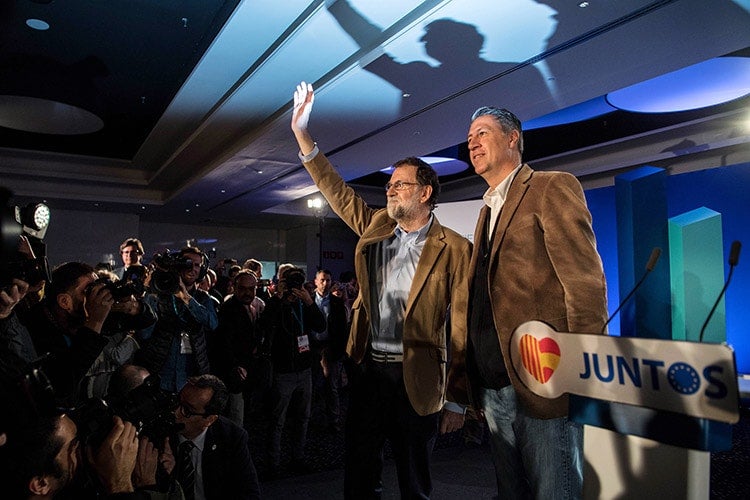 Spain's Prime Minister Mariano Rajoy (second from right) and the president of the Popular Party of Catalonia at a rally on Nov. 12 in Barcelona. Rajoy was in Barcelona urging nationalists to come out and vote in the upcoming regional elections Dec. 21 (photo by David Ramos/Getty Images)

What's taking place in Catalonia should be of interest to the world, said Muntaner.

“I think that all democracies in the world, and in particular in the EU zone, should be very worried about what is happening in Catalonia. The ministers' jailing is major anti-democratic aggression by the Spanish government against the Catalan people.”

But Beltran says the arrests and judge's rulings are within the bounds of the constitution.

“The rulings are legally flawless; the actions proportional to the alleged crimes, which would certainly prompt the same reaction in any other European country,” Beltran said.

“It is worth noting that the Catalan parliament passed laws whose goals were to allow for a binding referendum on secession to take place, to abolish the constitution in Catalonia, and to proclaim independence from Spain. They did so disregarding the parliamentary rights of the opposition parties, the parliament’s rules, the opinion of its own legal department and the previous resolutions of the constitutional court, which had ruled such initiatives illegal. In sum, the Catalan government and its parliament attempted to overthrow the constitutional order. That, in Spain and in any other liberal democracies, is called a coup d’état.”

The region’s deposed premier Carles Puigdemont and four of his former cabinet ministers have gone into self-imposed exile in Belgium.

Muntaner says Puigdemont left the region because if he were detained in Spain, “he would not have the chance to a fair trial.” The EU is trying to pressure the Belgian government to turn over the Catalan premier and his ministers to Spain. But Muntaner said he's optimistic the Belgian prime minister will deny the request.

Beltran says it's not up to the Belgian, Spanish or EU leaders to decide. The European arrest warrant mechanism guarantees that the only ones participating in the process are the judges, he said.

“Since mutual recognition is a key principle of judicial co-operation in Europe, it will be difficult for Mr. Puigdemont to avoid being turned over to Spain at some point to face trial there,” Beltran said.

With the Spanish government deploying more than 10,000 additional paramilitary police, Muntaner said residents like his mother recall a similar scene under fascism.

“On a personal note, my mother, who saw her family broken apart by Franco, and who fought against fascism all her life, now finds herself worrying again about the Spanish military,” he said. “Helicopters are flying menacingly over her house in Barcelona.”

While there has been some violence and verbal abuse directed towards the politicians and individuals who are opposed to secession, Beltran said, “the predicted massive civil resistance ... has not materialized, as Catalans go about their daily lives as usual.”

Muntaner points to a demonstration in Barcelona this past weekened in support of freeing Catalan government officials that he says shows the continued support for independence.

This past weekend – a day after the Barcelona protest by secessionists – Spanish Prime Minister Mariano Rajoy visited Barcelona, his first visit to the region since imposing direct rule. He urged Spanish nationalists to mobilize Catalans to vote next month and return the region to “normality.”

The Catalan push for independence, the sixth such attempt since the 1600s, has divided both Spain and the Catalonia region itself. The Catalan premier's party has failed to agree on a united ticket with another secessionist party, making it difficult for the pro-independence camp.

Muntaner said the elections are illegal, but he predicts another victory for independence.

The latest polls have shown a rise in support for independence, but secessionist parties could lose if nationalists turn out in large numbers.

“After the enforcement of Article 155 [Spain's emergency powers] and the actions by the judges, even if the pro-secession parties obtain a majority in the parliament, they will not be able now to overstep the limits set by the constitution. That means we are not likely to see any political push for secession in the near future,” Beltran said.