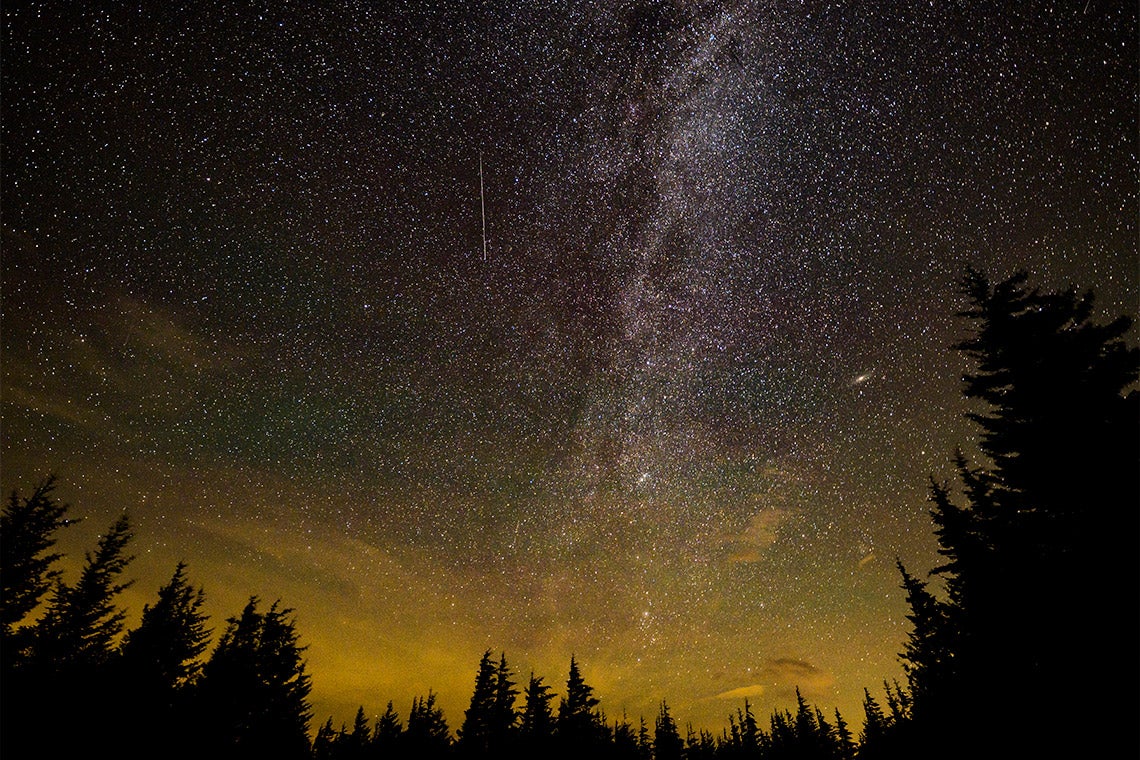 Astronomers are one step closer to revealing the properties of dark matter enveloping our Milky Way galaxy thanks to a new map of 12 streams of stars orbiting within our galactic halo.

Understanding these star streams is very important for astronomers. As well as revealing the dark matter that holds the stars in their orbits, they also tell us about the formation history of the Milky Way, revealing that the galaxy has steadily grown over billions of years by shredding and consuming smaller stellar systems.

“We are seeing these streams being disrupted by the Milky Way’s gravitational pull, and eventually becoming part of the Milky Way,” said Ting Li, an assistant professor in the David A. Dunlap department of astronomy and astrophysics in the University of Toronto’ Faculty of Arts & Science.

Li is the lead author of a new paper (preprint available here) that has been accepted for publication in the American Astronomical Society’s Astrophysical Journal.

“This study gives us a snapshot of the Milky Way’s feeding habits, such as what kinds of smaller stellar systems it ‘eats,’ Li says. “As our galaxy is getting older, it is getting fatter.”

Li and her international team of collaborators initiated a dedicated program – the Southern Stellar Stream Spectroscopic Survey (S5) – to measure the properties of stellar streams: the shredded remains of neighbouring small galaxies and star clusters that are being torn apart by the Milky Way.

They are the first group of scientists to study such a rich collection of stellar streams, measuring the speeds of stars using the Anglo-Australian Telescope (AAT), a four-metre optical telescope in Australia. Li and her team used the Doppler shift of light to find out how fast individual stars are moving.

Unlike previous studies that have focused on one stream at a time, “S5 is dedicated to measuring as many streams as possible, which we can do very efficiently with the unique capabilities of the AAT,” says co-author Associate Professor Daniel Zucker of Macquarie University.

The properties of stellar streams reveal the presence of the invisible dark matter of the Milky Way.

“Think of a Christmas tree,” says co-author Professor Geraint Lewis of the University of Sydney. “On a dark night, we see the Christmas lights, but not the tree they are wrapped around. But the shape of the lights reveals the shape of the tree. It is the same with stellar streams – their orbits reveal the dark matter.”

A crucial ingredient for the success of S5 were observations from the European Gaia space mission. “Gaia provided us with exquisite measurements of positions and motions of stars – essential for identifying members of the stellar streams,” says Sergey Koposov, reader in observational astronomy in the University of Edinburgh and a co-author of the study.

As well as measuring their speeds, the astronomers can use these observations to work out the chemical compositions of the stars, telling us where they were born.

“Stellar streams can come either from disrupting galaxies or star clusters,” says Assistant Professor Alex Ji at the University of Chicago, a co-author on the study. "These two types of streams provide different insights into the nature of dark matter."

Li says the new observations are essential for determining how our Milky Way arose from the featureless universe after the Big Bang.

“For me, this is one of the most intriguing questions – a question about our ultimate origins,” Li says. “It is the reason why we founded S5 and built an international collaboration to address this”.

Li’s team plans to produce more measurements on stellar streams in the Milky Way. In the meantime, she is pleased with these results as a starting point.

“Over the next decade, there will be a lot of dedicated studies looking at stellar streams,” Li says. “We are trailblazers and pathfinders on this journey. It is going to be very exciting.”