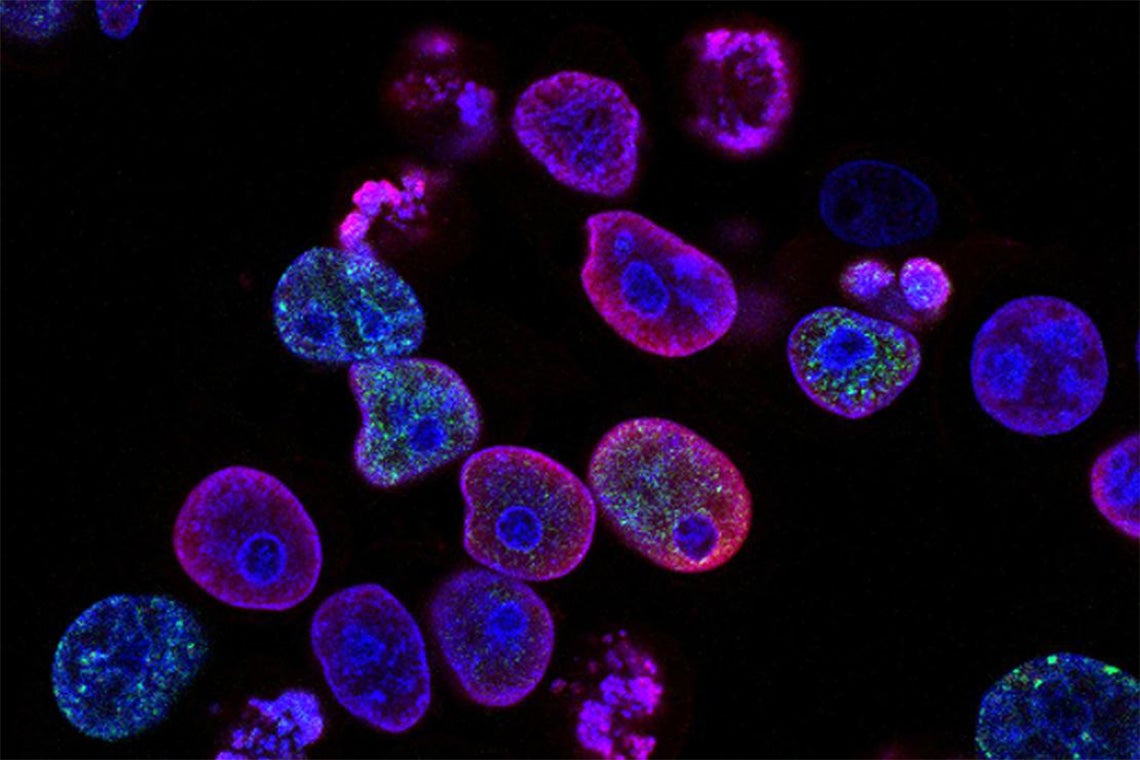 Chemotherapy drugs can be lifesaving – but they don’t work for all patients or for all cancers.

That’s why a team of researchers at the University of Toronto Mississauga is looking at new ways to use special types of light to target cancer cells resistant to current drug therapy – an approach that might be easier on some patients than traditional chemotherapy.

The approach, called photodynamic therapy, uses precisely targeted light – usually from a laser – to activate or “turn on” a drug to kill cells. While currently used mostly to treat skin cancers, researchers want to know if there’s a way to safely get the light to cancers that are deeper inside the body. They also want to figure out how to recognize which cancers will respond to the cell-killing drugs and which will be resistant. 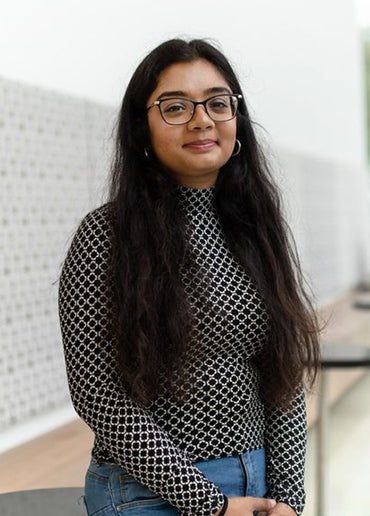 The challenge, researchers say, is to get the light as close as possible to red light. Of all the colours in the visible light spectrum, red has the longest wavelength, which enables it to penetrate tissue, but also the lowest energy, which minimizes harm to healthy cells.

Karishma Kailass, a PhD candidate in the department of chemical and physical sciences, found that using an approach called two-photon light, where two tiny particles of light hit at exactly the same time, achieved this result. It doubled the wavelength, halved the energy and, together with a special cancer-killing molecule that’s activated only by light, successfully destroyed cancer cells that would otherwise have been resistant to conventional chemotherapy.

Kailass says that most cancer therapy research focuses on particular proteins that are over-expressed in cancer cells since more of the molecule or drug you’re making will bond to that over-expressed target.

“What’s new about what we’ve done is we’ve taken an approach that targets something that is under-expressed in cancer,” she says.

The drug-resistant pancreatic and breast cancer samples the team examined showed low levels of a protein called carboxylesterase 2. Since that’s the very protein targeted by the most common chemotherapy drugs, cancers with low levels would be resistant. While the levels of this protein vary from individual to individual, using the two-photon light causes the molecule to show different colours of fluorescence depending on the level. When there are high levels of the protein present, it fluoresces red. With low levels, it fluoresces yellow.

“This way you can tell whether the patient will be responsive or resistant to chemotherapy,” Kailass says. “And then if they are resistant, you can use the molecule itself to actually treat them.”

The therapy can be extremely precise. For cells that are red – showing high levels of the protein – conventional chemotherapy would work, but the molecule wouldn’t because the protein would break it down. For cells that are yellow – and resistant to regular chemotherapy – the molecule would retain its form and the two-photon light would activate it to kill the cancerous cells.

The approach is expected to be easier on patients, take less time and could be performed on an outpatient basis, using an IV to administer the photosensitizer molecule so that it settles into the tumour site and fibre-optic technology for delivery of the light. The research has so far been done only in the lab, but Kailass says the next steps are animal studies and then, it’s hoped, clinical trials in humans.

Kailass’s findings came about by happy accident. She used the wrong light in the middle of a photosensitivity experiment involving the molecule in question. “I took the purple light to shine on the yellow when I was supposed to take the green light to shine on the red,” she says, adding that she watched in surprise as the molecule produced an increase in cancer-killing properties. “Hmm, haven’t seen that before.”

She went on to reproduce the study. The findings were published in June in the Journal of Medicinal Chemistry.

Kailass works in the laboratory of Andrew Beharry, an assistant professor in U of T Mississauga’s department of chemical and physical sciences who calls her “exceptionally talented.”

“We envision our molecule to help clinicians with drug-decision making, as well as providing them with a novel therapeutic that kills cancers differently than conventional chemotherapeutic drugs.”