Researcher discovers apparent universal law of physiology ... while on the elliptical machine 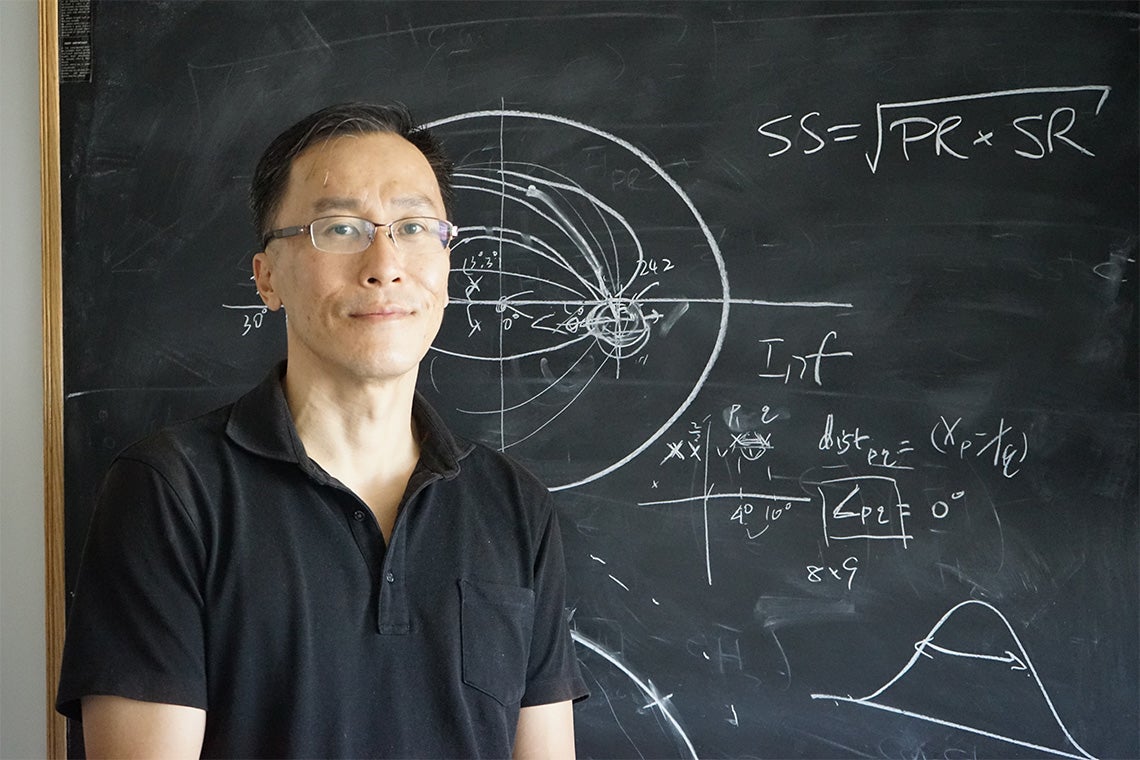 Research on sensory adaptation  by the University of Toronto’s Willy Wong may have unearthed a previously overlooked organizational principle of physiology.

Wong, a professor of electrical and computer engineering and biomedical engineering in the Faculty of Applied Science & Engineering, says biologists have long known that organisms adapt to a constant stimulus in a similar way.

“Imagine you walk into a room someone has just painted,” he says. “You’ll likely think, ‘This smells bad.’ But the sensation decreases as you stay in there. The molecules don’t disappear – not within that time frame. You’ve just gotten used to it.”

In other words, the organism’s response activity rises to a peak response from an initial state – then falls to a new final steady state.

But Wong discovered that those three fixed points on the adaptation curve form a mathematical relationship that is obeyed across all sensory modalities and organisms.

“I compared 250 measurements of adaptation from different branches of sensory physiology and found that they are all compatible with a single, simple equation,” he says. 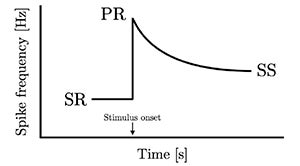 At the onset of a new stimulus, an organism’s initial state, called the spontaneous rate (SR), rises to a peak response (PR) and then falls to a final steady state (SS) (image courtesy of Willy Wong)

His findings, the first quantitative comparison of adaptation responses, are published in a paper in Frontiers of Human Neuroscience.

The discovery of a potentially new physiological equation is unusual to say the least. Though Wong had been developing these ideas for years, he credits the pandemic with giving him some time to refocus, as well as fruitful periods of research progress.

“I was on the elliptical,” he says, when asked to pinpoint his ‘a-ha moment’. “Either reading news or thinking about my work. I think that was the moment.”

Wong’s recent work in brain-machine interfaces, such as a retinal prosthesis to restore vision for blind patients, builds on his long-standing fascination with the neural code – how neurons process information. Though today’s understanding of the code remains far from perfect, the more researchers understand how our brains convert signals into perceptions, the better they can design technologies to replace lost functions or enhance existing ones.

The idea of a sensory response curve that drops off over time might seem counterintuitive. Shouldn’t a strong sensation return a consistently strong rate of response? But as long ago as the 1920s, physiologists such as Edgar Adrian were demonstrating why this is not the case.

Adrian, whose work would win the 1932 Nobel Prize for Physiology or Medicine, used a frog specimen to trace the adaptation phenomenon to the level of single neurons. He discovered that neurons use a basic unit of communication: a nerve impulse called an action potential that fires the same signal strength as long as a threshold is reached.

“Action potentials don’t come in half measures,” says Wong. “Either you get one or you don’t. If you do, the neuron needs some time to recharge before it can fire another. In adaptation, the rate of action potential generation falls gradually to some non-zero steady state.”

Adaptation response occurs in all animals, from mammals to insects, and across all sensory modalities. This includes the five traditional senses of vision, hearing, touch, taste and smell, along with somatosensory functions such as proprioception – the body’s awareness of itself – and electroreception, as found in eels.

One of Wong’s biggest surprises was that his equation holds true for some of the oldest multicellular organisms, such as jellyfish, which have very different sensory systems.

“If you shine a light on them, they either fly to the light or away from it – but only because their photoreceptors are hardwired to their motor output,” he says. “Which raises the question: Is this equation universal? In the future, if we find aliens with exobiology never seen on this planet, could they also be constrained by the same limitations or principles?”

In the physical sciences, universality is determined by replication of results, regardless of when, where or by what method they are obtained. But this is not always possible in biological experiments, which can pose significant barriers to repetition of measurements.

However, when data from unrelated independent studies – across different time periods, researchers and methods – converge as evidence, it strengthens the case for the conclusion. This principle, called consilience, is based on the premise that science is unified, bolstering consensus in theories such as evolutionary theory and the Big Bang theory, among others.

“All this data was there,” says Wong, “I took a curve here, a curve there, compared them – even Adrian’s canonical graphs. All conformed to the same geometric mean relationship. It’s not dependent on the researcher, on what equipment was used or on the organism. From that perspective, it is universal.”