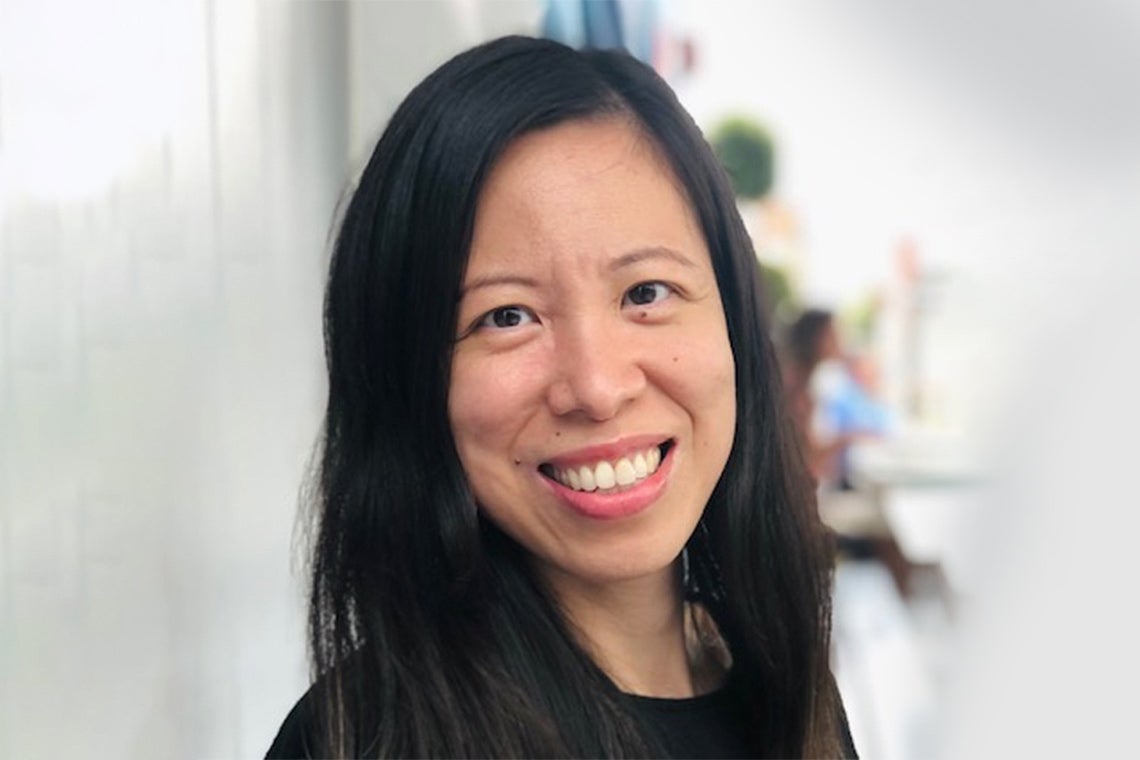 Shelley Lumba hopes her research will lead to new ways of combatting the blight caused by the parasitic witchweed plant, which the UN considers a major impediment to poverty alleviation in Africa (photo courtesy of Shelley Lumba)

As a young child spending time on her grandparents’ rice farm in the Philippines, Shelley Lumba grew up understanding the benefits of the Green Revolution – the period in the 1950s and 60s when many technological advances were made in agriculture.

“My grandparents told stories about how we didn't have enough rice to feed our family, much less sell in the market,” she says. “And the Philippines was facing the same crisis – there wasn't enough rice to feed the country’s population. Of course, it was hitting the poorest people hardest and it was happening in countries around the world.” 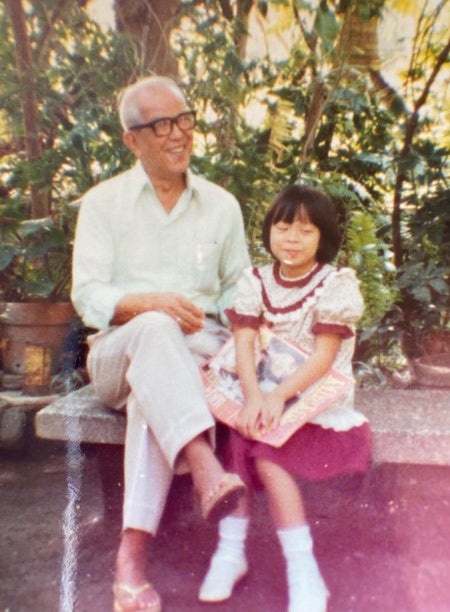 Shelley Lumba and her grandfather on the family rice farm.

Today, Lumba is an assistant professor in the University of Toronto’s department of cell and systems biology (CSB) in the Faculty of Arts & Science. She hopes her research will lead to advances in agriculture like those made during the Green Revolution and help alleviate hunger, poverty and climate change.

Lumba and her colleagues study how organisms – even those from completely different kingdoms – communicate on a molecular level through a shared “language of life.” For example, plants signal fungi in the soil by giving off hormones called strigolactones (SLs). These “come-hither” hormones trigger the fungi to latch on to the plant, thus establishing a symbiotic relationship in which the fungi provide phosphates to its partner and, in return, receives carbon.

“This symbiosis is ubiquitous,” says Lumba. “If you’re a gardener, you know that new, sterile soil feels like sand, but soil from your planted pots or garden feels heavy with ‘stuff.’ That stuff is all the different fungi and bacteria helping your plants grow.”

SLs and other plant hormones such as gibberrellins trigger germination when conditions are favourable – for example, when there’s sufficient moisture and nutrients in the soil.

Lumba’s goal is to better understand how, at a molecular level, organisms send out these signals and, once received, how those signals are translated into a response. One hope is that the research will lead to new ways of combatting the blight caused by the parasitic Striga hermonthica, commonly known as witchweed.

Witchweed – aka the “violet vampire” for its bright flowers – is considered by the United Nations to be a major impediment to poverty alleviation in Africa. The parasite attacks major cereal crops such as maize, sorghum, millet, sweetcorn and rice, latching on to their roots and draining the host of moisture and nutrients.

Witchweed is particularly difficult to combat because a single plant is capable of producing up to 100,000 seeds. The seeds are so tiny they resemble dust and a square-metre patch of ground can contain thousands. What’s more, the parasite begins to damage crops even before sprouting above ground – in other words, before farmers even know their crops are under attack.

Witchweed can lead to significant crop losses and can sometimes wipe out entire harvests. Damage to agriculture in Africa caused by the plant is estimated at approximately US$9 billion a year, with infestations affecting the lives of over 100 million people in 25 countries.

Like any parasitic organism, witchweed needs a host in order to survive and so it has evolved seeds that can remain dormant in the ground for decades until they “sense” that a potential victim is nearby. At that point, the seeds germinate and latch on to a host. 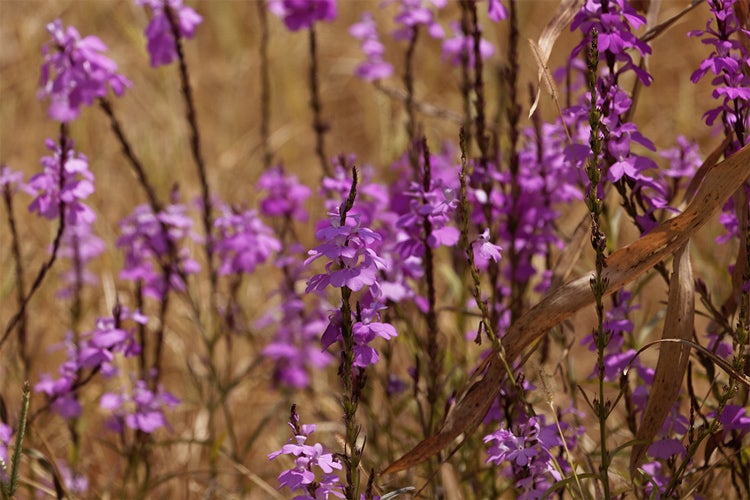 There have been attempts to fight this blight. Researchers are trying to develop witchweed-resistant strains of cereal crops. There have also been experiments where empty fields are treated with SLs to trigger “suicide germination” in the seeds contained in the soil, but SLs are prohibitively expensive to make.

Progress is slow in part because the problem exists predominantly in underdeveloped countries and because solutions won't necessarily be lucrative for the companies that could develop them.

Another hurdle is that experimenting with witchweed in a lab is challenging. Because it is a parasite, there are strict regulations, permissions and protocols required to grow it. Also, because it requires a host to survive, there’s the added challenge of parsing what’s going on with the parasite and what’s going on with the host. Finally, researchers can’t manipulate witchweed genes – a tool typical of any such investigation.

But a major breakthrough out of Lumba’s lab has circumvented the challenges associated with witchweed experimentation.

The seeds of Arabidopsis thaliana – a member of the family that includes mustards and cabbages – remain dormant because of proteins that suppress germination in the absence of adequate moisture and warmth. When conditions are suitable, Arabidopsis seeds produce the hormone gibberellins which breaks down repressors of germination.

As described in a recent paper in Nature Plants, Lumba and her collaborators have found a way to introduce SL receptors from witchweed in Arabidopsis, thereby circumventing the gibberellins requirement that normally kickstarts germination. The result is a strain of Arabidopsis which respond to SLs like witchweed, thereby creating an effective model plant for their experiments.

With a growing understanding of how a seed responds to SLs on a molecular level, Lumba’s research has the potential to lead to alternate strategies for combating the parasite. For example, it could lead to the design of molecules that will trigger suicide germination, but that are cheaper and easier to make than SLs.

It also opens up the possibility of other strategies such as the development of molecules that will shut down the germination process entirely – even in the presence of SLs from a host.

“I’m hopeful the ‘bench-to-field' time won’t be too long,” says Lumba, “and that there will be new strategies coming up soon based on this work.”

In addition to their research related to witchweed, Lumba and her colleagues are also investigating another question with global ramifications: Why and how do fungi respond to SLs? Eighty per cent of plants rely on this symbiotic relationship and enhancing the interaction with beneficial fungi could lead to hardier crops and reduce the need for fertilizers, thus reducing phosphate runoff into water systems and lowering the production of greenhouse gases.

What’s more, it could increase crop yields, the benefits of which Lumba witnessed as a child.

“I knew from my family’s experience how important agriculture is,” she says. “The potential impact of research like this is huge and can improve the lives of so many. It’s about healthy soil for a healthy planet.”