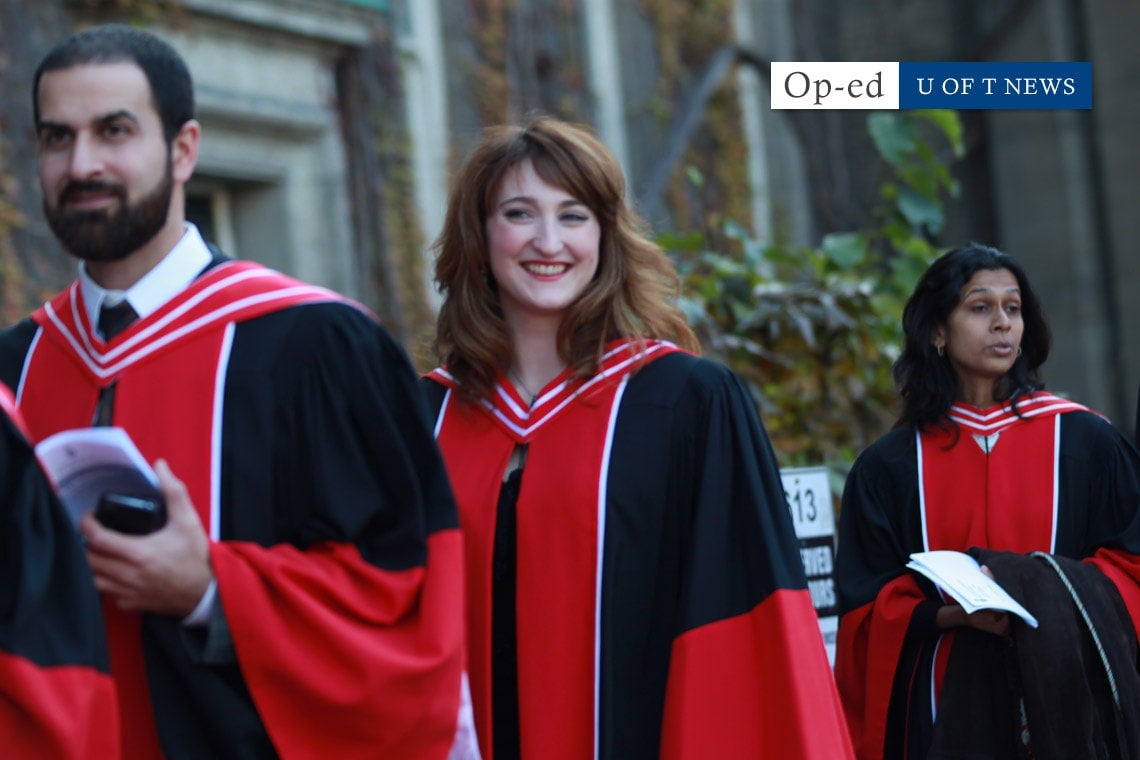 In the days leading up to the American election, Professor Meric Gertler, president of the University of Toronto, reflected on the role universities can play in addressing a deeply polarized electorate.

With Americans ready to head to the polls, it was fascinating to be in Washington DC recently at the semi-annual gathering of the Association of American Universities.

Fellow presidents of America’s leading research universities (the University of Toronto is one of only two foreign members) wanted to move past the daily headlines about the U.S. election, to understand the forces that have produced a deeply polarized electorate.  Discussion turned to the forces that are driving America’s current malaise, and the role that universities might play in helping address these challenges.

What are these forces? The most compelling arguments are economic.

New York Times commentator David Leonhardt, who spoke at the AAU meeting, argued that for the first time in history, many among the current generation of working-age Americans are worse off, on balance, than previous generations.  The median net worth of Americans is lower than it was 30 years ago.  Life spans are shorter for many groups, as obesity and other conditions have taken their toll on health.  While other segments of American society may have thrived, for the first time for a significant subset of the U.S. population, life isn’t better than it used to be.  The roots of Trumpism, Leonhardt explained, are to be found in the declining prosperity of some and the growing economic polarization within American society.

The solutions to this challenge are likely to be complex and difficult, particularly if they rely on redistributing income by making the income tax system more progressive or expanding social transfers.  That’s why there is a unique and important role for universities to play at this moment.

First, it is now well established that the longstanding and sustained commitment to publicly funded research has created the foundations for so much of America’s post-war prosperity.  The technologies embedded within the smartphone, for example, derive from decades of publicly funded research that spawned multi-touch screens, GPS, the Internet and other core technologies.  Scientists working at universities did much of this fundamental research. Similar stories can be told about the science supporting medical breakthroughs or green energy technologies.  At a time when the US economy is still emerging from a sustained slowdown (and when Canada is trying to figure out how to enhance prosperity and foster inclusive innovation), public expenditures on curiosity-driven research have never been more important.

Second, education is the single most important leveler of social and economic disparities within our population.  By providing the tools and knowledge to function effectively in today’s working world, now more than ever education is the primary pathway to full participation in society, and the most reliable source of long-run prosperity.  It is critically important, therefore, that we provide access to advanced education for all academically qualified applicants, no matter what their financial means.  And our best institutions should embrace this responsibility as fully as the rest.  The University of Toronto’s access policy – enacted in 1998 – has enabled tens of thousands of lower-income students to study at an institution that is consistently ranked among the top ten public universities in the world.  Fully 50 per cent of our domestic undergraduates receive needs-based financial assistance – a figure that compares well to our US counterparts: UCLA is at 28 per cent, UC Berkeley at 23 per cent. Third, the quality of our prosperity-creating research depends directly on our openness to the rest of the world.  Universities need to be able to recruit the best talent – faculty and students – both locally and globally.  And they need to work collaboratively with colleagues around the world, contributing to the productive circulation of ideas.  At a time when America seems to be turning inward on itself and threatening to weaken its ties with its continental neighbours, the importance of openness cannot be overstated.  Research universities are natural champions of this cause.

Access is not incompatible with excellence.  On the contrary, access and openness enhance diversity, which accelerates the generation of new ideas, not only in research but in the kind of public policy innovation we will need in order to address pressing social problems such as inequality and polarization.

MERIC GERTLER is President of the University of Toronto