Remembering U of T's Walter Kohn 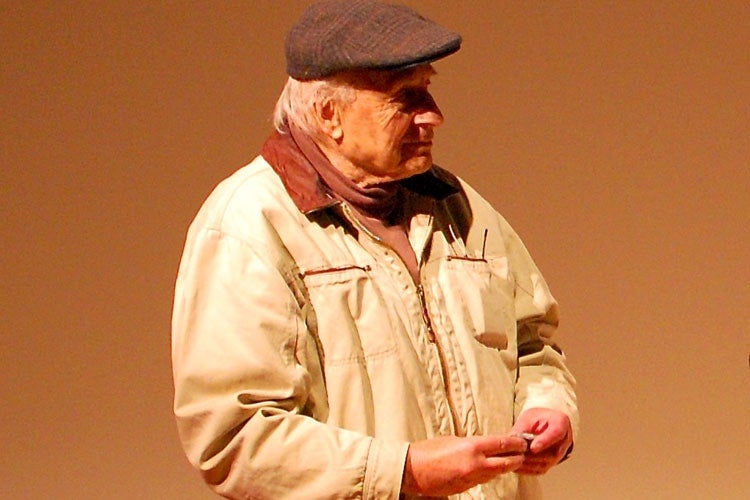 Walter Kohn’s life as a scientist was extraordinary. One of five Nobel laureates to have graduated from U of T, his work in chemistry and physics made a profound impact on both fields.

But when Kohn died on April 19 at the age of 93, the life he led outside the laboratory was also remembered –  for his remarkable ability to rise above a youth marked by tragedy and dislocation.

Born into an Austrian-Jewish family in 1923, Kohn escaped to England via the Kindertransport rescue effort after Hitler annexed Austria in 1938. He later discovered that his parents had perished in Auschwitz. Nonetheless, his own status as a German national was to cause him hardship under Allied rule: he was ultimately exiled, travelling through what he called “U-boat infested waters,” to an internment camp in Quebec.

There he met older internees, teachers who taught him to love math and science; after serving as an infantryman in the Canadian army, Kohn made his way to U of T and set about studying math and physics. His program required that he also study chemistry – but here, incredibly, his German citizenship still proved a problem. As an “enemy alien,” he was prevented from entering the chemistry building where, as he put it, “war work was in progress.”

Fortunately, mathematics dean Samuel Beatty made arrangements to waive Kohn’s program requirement, and he was able to complete a bachelor of arts in math and physics in 1945 (University College), and a master of science in math in 1946.

Kohn later settled in the United States, where he earned a PhD at Harvard, and held teaching positions in physics at Carnegie-Mellon in Pittsburgh and University of California, Santa Barbara. During the 1960s – though he had not formally studied chemistry since high school in England – he was to help make a discovery that would earn him the 1998 Nobel Prize in that discipline.

Of that discovery, known as Density-Functional Theory, the Nobel academy said: “Walter Kohn showed that it is not necessary to consider the motion of each individual electron. It suffices to know the average number of electrons located at any one point in space.” To this day, his insights assist scientists in the development of materials – from batteries to solar cells – in areas such as medicine and electronics.

Kohn was a man of many interests. He campaigned against the nuclear arms race, produced a documentary on solar power and established a program in Judaic Studies at the University of California, San Diego.

In a letter to the University of California Santa Barbara, UCSB chancellor Henry Yang wrote:

“Professor Kohn was a mentor and role model for colleagues and students alike. Many have been inspired by his incredible life story and his work to promote tolerance and world peace. The tremendous impact of his life and work are beyond anything I can describe. As he put it, Physics isn’t what I do; it is what I am.”

Throughout Kohn's extraordinary life and career, he never forgot U of T.

“On winning the Nobel Prize, Walter Kohn acknowledged an enduring debt to this university, which had encouraged and inspired him at the most crucial juncture in his life,” fellow Nobel chemistry prize winner and U of T professor emeritus John Polanyi wrote in a recent email.

“We remember him today with pride, as we shall in times to come.”