Remembering Desmond Morton, eminent historian and former principal of U of T Mississauga 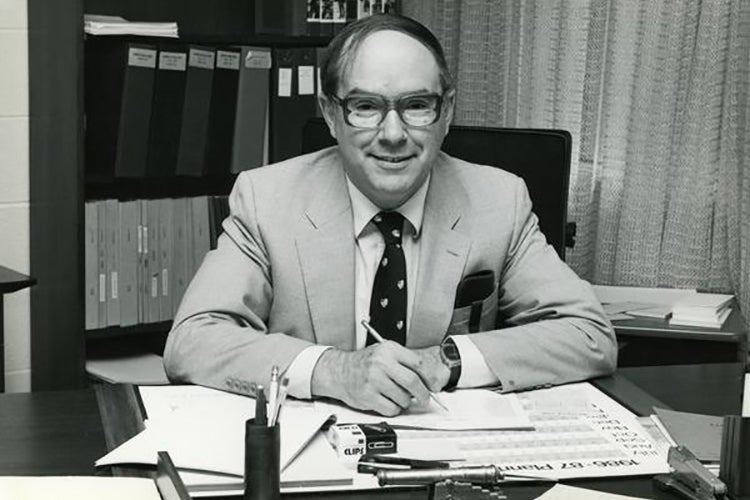 Desmond Morton "played a critical role in building UTM’s strong ties with our local community, and was a highly respected academic and teacher," says Ian Orchard, acting vice-president and principal of U of T Mississauga. "He will be missed”

Professor Desmond Morton, a respected military historian and former principal of U of T Mississauga, died on Wednesday. He was 81.

“Des played a critical role in building UTM’s strong ties with our local community, and was a highly respected academic and teacher. He will be missed.”

Born in Calgary in 1937, Morton joined the Canadian army in 1954 as an officer cadet and retired as a captain. He was an honorary colonel of 8 Wing Trenton of the Royal Canadian Air Force, and holds the Canadian Forces Decoration. He is also a graduate of the Collége Militaire Royal de St-Jean, the Royal Military College of Canada, Oxford University (where he was a Rhodes Scholar) and the London School of Economics.

When Morton arrived at Erindale College – now U of T Mississauga – in 1970, he taught Canadian history during the First World War, as well as courses about subjects about nationalism, trade unionism and collective bargaining.

He served a three-year term as Erindale’s vice-principal, humanities and became the vice-principal, academic, under his administrative mentor, Paul Fox. Morton succeeded Fox as principal in 1986, while continuing to write and teach.

Morton believed strongly that the campus should be deeply involved with the local community, and he set about cultivating relationships with those who had reasons to care deeply about its success: Mississauga citizens, politicians and businesses.

It was during Morton’s tenure that the Kaneff Centre, with its large lecture hall and art gallery, as well as classroom and office space, was built. Morton also oversaw the creation of two joint programs with the Sheridan Institute of Advanced Technology and Learning: the theatre and drama program, and the art and art history program.

By the time he left Erindale for other academic opportunities in 1994, he left behind strong community ties and a thriving campus. He was made an Officer of the Order of Canada in 1996, and served as the founding director of the McGill Institute for the Study of Canada, and as a professor in McGill's history department from 1998 to 2006.

The author of over 40 books on Canadian military, social and political history, Morton was made a fellow of the Royal Society of Canada in 1985 – the highest Canadian honour a scholar can achieve in the arts, humanities and sciences.