Relations on the Land project to strengthen ties with Indigenous partners 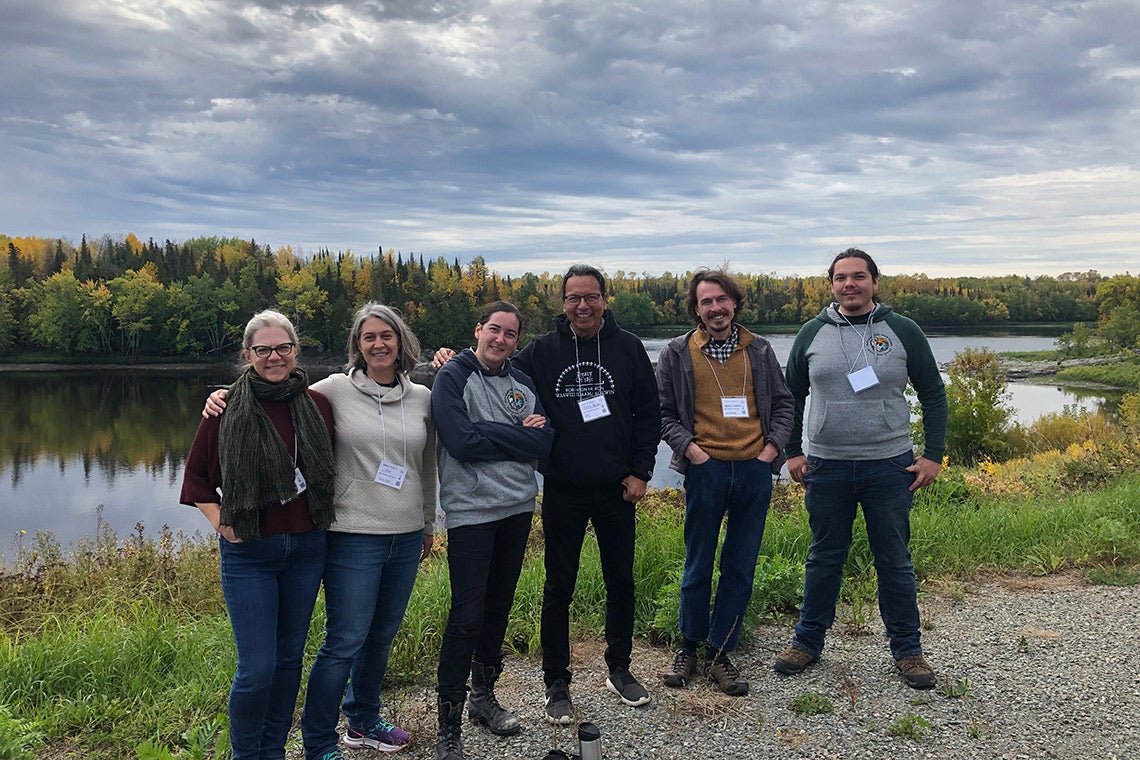 A leading American philanthropic organization, the Henry Luce Foundation, is collaborating with the University of Toronto’s Faculty of Arts & Science to build a stronger network of support and knowledge with Indigenous partners.

The foundation has lent its support to Relations on the Land, which brings together outstanding researchers and community knowledge holders from four established U of T projects.

The hub will foster stronger relationships with Indigenous communities and gather knowledge on how the university can be a better partner to these communities. 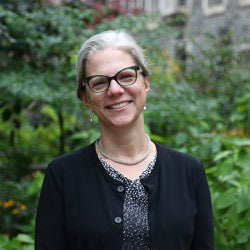 “We are so excited the Luce Foundation is supporting this work,” says project leader Pamela Klassen, professor in the department for the study of religion, says of the foundation’s $75,000 grant.

"This is a unique opportunity to bring together university researchers and Indigenous partners as we think through what our relationships and responsibilities to the land and waters should be in the 21st century.”

With community-engaged research about spirituality, land and material culture, Relations on the Land is supported jointly by the Luce Foundation’s programs in Indigenous Knowledge and religion and theology.

“We are pleased to support this innovative, exploratory project, the latest in a series of initiatives funded at the intersection of the Luce Foundation’s growing work with Indigenous communities and its efforts to cultivate deeper public understanding of religion and spirituality,” says Jonathan VanAntwerpen, the Luce Foundation’s program director for religion and theology.

“Home to the largest religious studies department in Canada, the University of Toronto is well-situated to play an important role in recalibrating the way that university-based scholars of religion collaborate with and support Indigenous partners, and we will follow the results of this project with great interest.”

Henry R. Luce, renowned entrepreneur and co-founder of Time magazine, established the foundation in 1936. Since its inception, the foundation has contributed more than $1 billion in grants toward initiatives that promote innovative scholarship and foster international understanding.

“This grant gives us the space and time to have the necessary conversations to think about how our work could influence each other in mutually productive ways,” says Jon Johnson, assistant professor, teaching stream, at Woodsworth College and a member of the First Story Toronto project, which is participating in Relations on the Land.

“It offers resources to Indigenous partners to do this research and to contribute knowledge on their own terms. It also transcends academia, helping us think about the needs of Indigenous communities and nations across the Great Lakes,” he says.

First Story Toronto researches and shares Toronto’s Indigenous presence through digital and experiential initiatives, including virtual and in-person storytelling walks. Among First Story’s guides are Johnson, Assistant Professor Jill Carter who is Anishinaabe-Ashkenaziand, and Indigenous storytellers such as Teagan de Laronde, who is Métis and a citizen of Red Sky Métis Independent Nation. 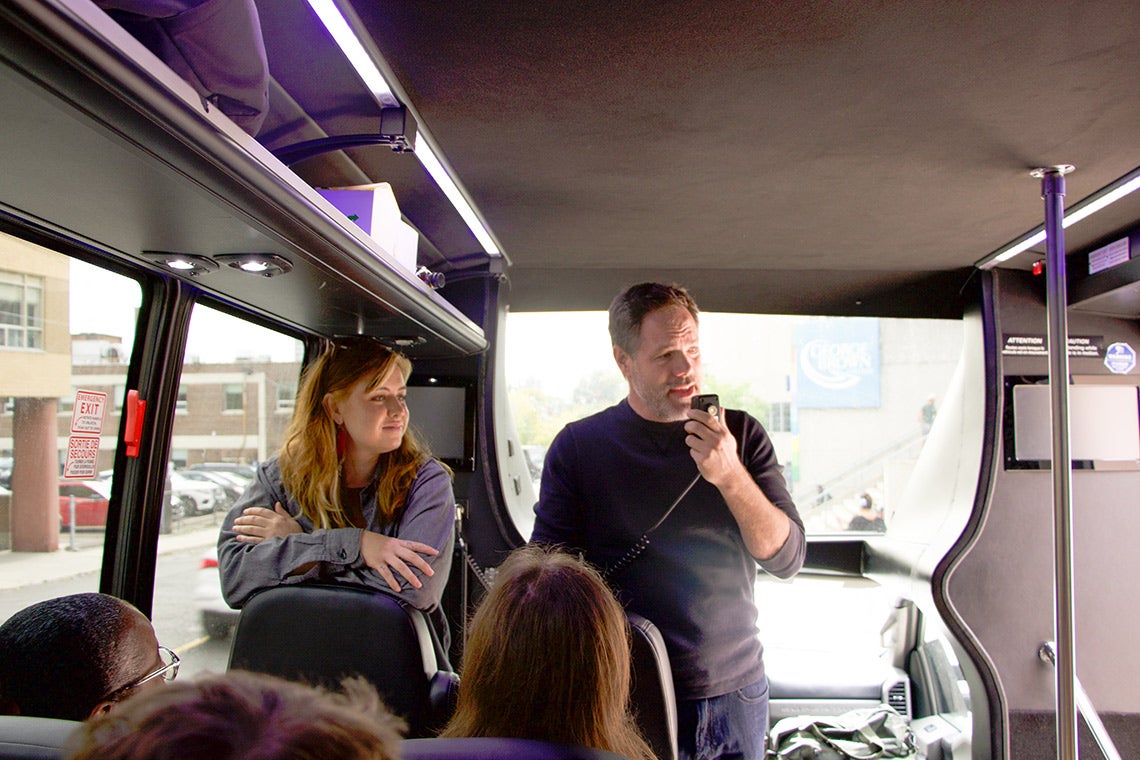 De Laronde, who serves as project manager for the Relations on the Land initiative, is optimistic about the support this will offer Indigenous youth to develop a range of powerful activations and experiences that present Indigenous stories and geographies of Toronto’s past, present and future.

“We don’t often think of cities like Toronto as a very Indigenous space, but the fact that it is such a large city is because of Indigenous design,” says de Laronde. “There are many interesting perspectives and biases to explore, and it’s a great way to educate people.”

The grant will also facilitate storytelling circles as a means of repatriating Haudenosaunee creation narratives and other archived collections of community stories recorded by settler ethnographers and academics in the 19th and 20th centuries.

Assistant Professor Kevin White, cross-appointed to the department for the study of religion and the Centre for Indigenous Studies, is an Indigenous scholar and Mohawk from Akwesasne with family from Tonawanda Band of Seneca. He is working with Elders, Knowledge Keepers and community scholars from Six Nations of the Grand River to generate a new dialogue about Indigenous cultures.

“I'm trying to identify what I consider more Western ideals, language and standards, and remove them to get at the core scholarly knowledge and value system that I think is the essence of Haudenosaunee thought and philosophy,” says White.

“We're using selected stories to retell and have each person redo the story in their language, so we'll have a story that's told in the six different languages of the Haudenosaunee.”

Another part of Relations on the Land is the Mounds Research Collective, which partners with Kay-Nah-Chi-Wah-Nung Historical Centre to connect Indigenous and settler researchers, students and museum curators to convey the ongoing significance of ancient mounds and earthworks, including through digital storytelling.

For Assistant Professor Krista Barclay, support from the Luce Foundation will help cultivate greater awareness and respect for these ancient sites and sacred spaces, which, in some cases, have been desecrated by golf courses and other settler developments.

“Disputes and conflict about these sites really tell us a lot about the history of Indigenous-settler relations, and how we think about land and borders and jurisdictions,” says Barclay.

“So, the question we’re trying to answer is: How do we protect these sites? This project brings together scholars who are looking at this from all kinds of angles.”

The Luce Foundation grant will also help the Great Lakes Research Alliance for the Study of Aboriginal Arts & Cultures, which is building a knowledge sharing database and distributing mobile community research kits.

Cara Krmpotich, associate professor at the Faculty of Information and director of the Museum Studies Program, says these kits contain rugged laptops for field research, 360-degree cameras like the ones used to capture content for Google Street View and even VR headsets – all to aid the creation of Indigenous content.

“These tools and the possibility for creativity shouldn't just be in downtown Toronto. These are research partners and that means making sure that they have the same access to equipment and possibilities that we in the university do.”

Krmpotich praised the partnership with the Luce Foundation, saying we’re finally in a situation for far more responsible research that takes questions seriously about sustainability and environmental care.

"Whether we are settler scholars or Indigenous scholars in the territory, it’s our responsibility to think about the ways our research directly impacts the land and so this is something I'm very hopeful about.”