A recipe to help fight anemia in the Philippines: U of T research creates superfood out of ramen 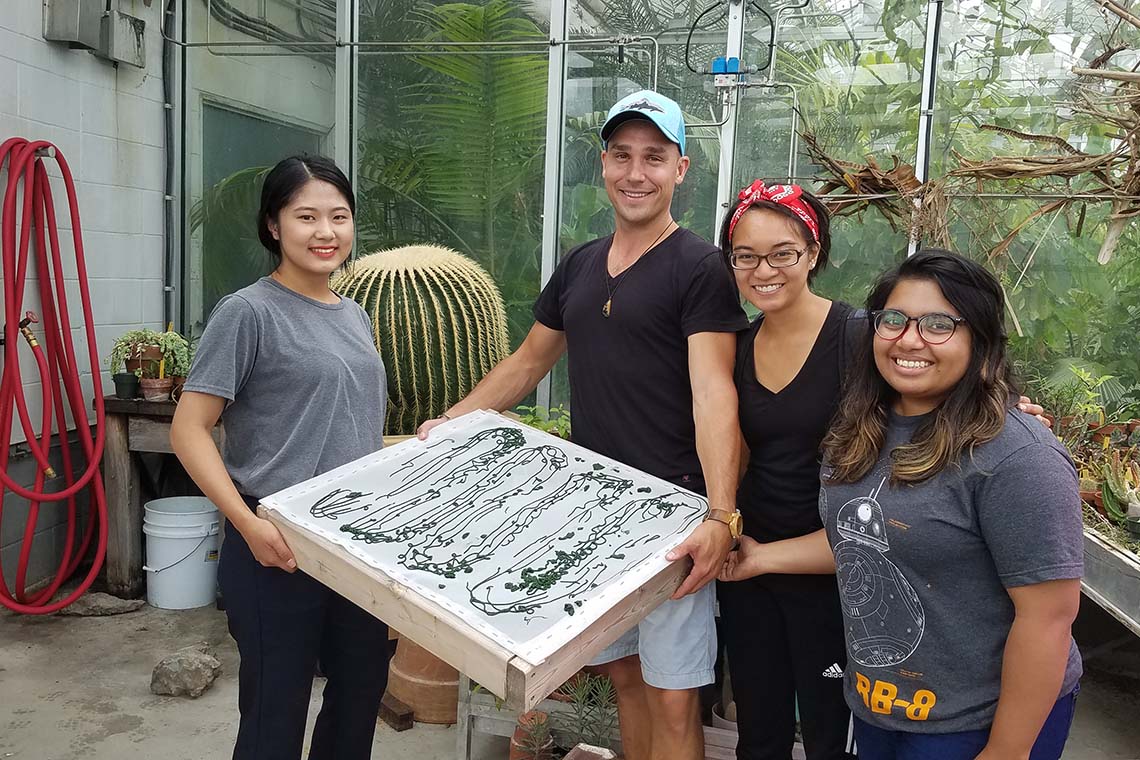 Poor nutrition is a fact of life in the Philippines, where nearly half of all households don’t consume enough protein and about 35 per cent of children under the age of five has anemia. A new project by the University of Toronto's David McMillen aims to solve some of the malnutrition issues in the country.

McMillen, an associate professor of cell and systems biology at U of T Mississauga, has been awarded a $100,000 grant to investigate solutions to the problem. His project, developed with U of T’s Impact Centre, hopes to combine instant ramen – a cheap and popular food staple in the Philippines – with a tiny nutritional powerhouse: spirulina.

“Ramen is very high in carbs, fat and salt, and low in protein and other nutrients, like iron,” McMillen says. “That’s especially true of the cheapest brands – the ones that the poorest people in the Philippines can afford.”

According to McMillen, the dish’s nutrient value could be drastically boosted with a sprinkle of dried spirulina. The tiny, green algae has long been a favourite of health-food advocates and is cultivated in many places for easy-to-produce nutrition, but is not yet grown in the Philippines. Boasting 60- to 79-per-cent protein, spirulina contains high levels of vitamins A, B12 and K, and provides a source of iron that is easily absorbed by humans.

"Spirulina uses relatively little water or energy to produce,” McMillen says. “Per gram of protein, it is vastly more efficient to produce than meat, so it could be an attractive method of producing enough protein for a growing population. You can grow a lot of it, without expensive technology, in shallow ponds or plastic tubs.”

Over the summer, McMillen’s team cultivated buckets of green algae on the rooftop of the Earth Sciences Centre on U of T's downtown Toronto campus, where they experimented with stirring frequency, light exposure and harvesting techniques.

“The growth rate varies with temperature, light exposure, and amount of stirring, but generally the cells can double in about a day or two,” McMillen says. The algae is grown in progressively larger containers, rainging in size from one litre to 1,000 litres. “Getting a mid-sized pond of a few hundred litres up to steady state growing conditions would take something like a week or two.”

Next, the team will work with Filipino partners to set up a co-operative-style business pilot project. It will start with local women in the northwestern village of Napsan, and, if successful, the model will be expanded to other villages, with the potential to export excess product to external markets and create new economic opportunities for local mothers. “Our goal is to create the means for communities to, in effect, grow their own protein and iron supplements,” McMillen says.

But will the under-five set accept healthy green noodles? “A key part of our project is to integrate algae into the diet in ways that real people can accept,” McMillen says.

The project plans to produce packets of dried spirulina to sprinkle over commercially available ramen, but McMcMillen is also working with a partner to produce spirulina-infused noodles, akin to spinach pasta widely available on North American grocery store shelves. “The good news is that spirulina is actually pretty tasty.” McMillen says, characterizing it as “rather pleasant and nutty.” Just don’t add too much of it to your spaghetti sauce, he cautions. “It can turn from red to black – I speak from experience.”

The endeavour is a side project to McMillen’s main research, which uses synthetic biology to modify cells.

“This project has none of that,” he says. “Spirulina already does everything we want, so we’re not modifying it at all. The challenge here is about making growth, harvesting and distribution work in the local context."