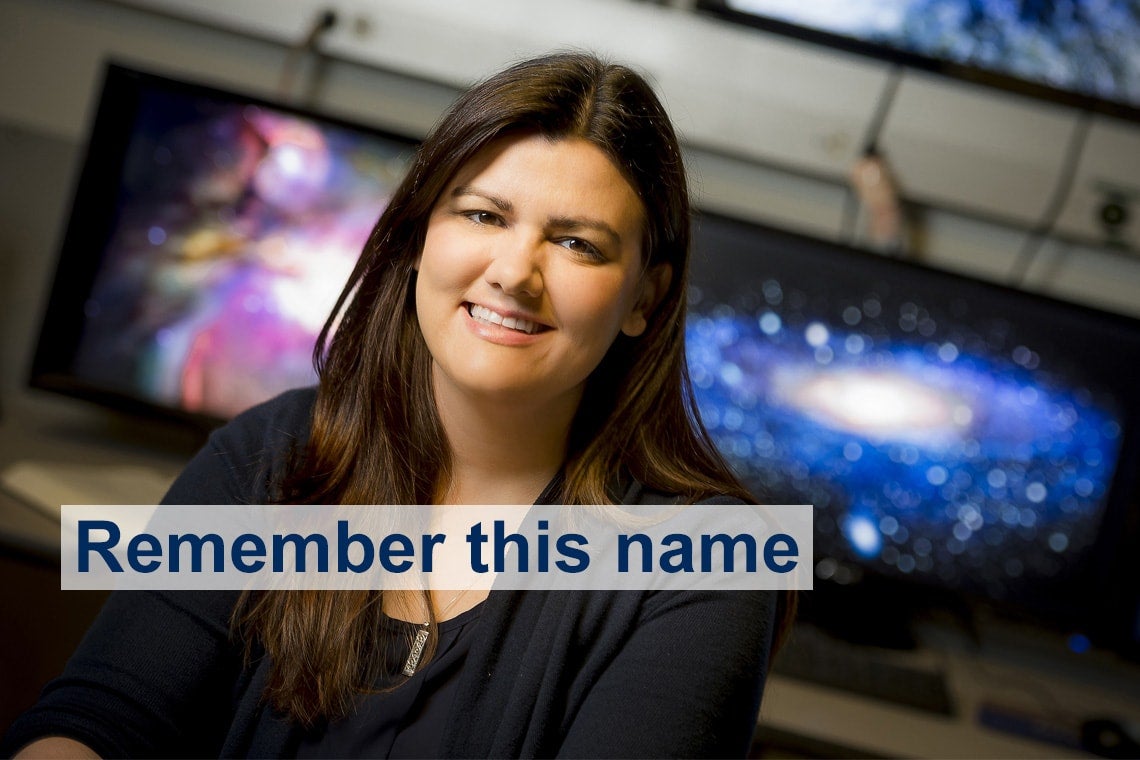 Around the time Quinn Konopacky started high school, astrophysicists were making history with the discovery of planets orbiting stars outside of our solar system – called exoplanets.

“I got really inspired by hearing about that news and thought maybe some day I could actually work on that,” she says.

Driven by her curiosity, Konopacky set her sights on the stars, studying astronomy and astrophysics at University of California, Los Angeles, and eventually making her way to University of Toronto, where she was a post-doctoral fellow at the Dunlap Institute for Astronomy & Astrophysics in the Faculty of Arts & Science.

At Dunlap, her teenage aspirations became a reality when she played a part in discovering and capturing images of exoplanets.

“It almost surprises me every day (that) I get to wake up and say I actually made it and get to work on this subject I thought about all those years ago,” she says.

Konopacky is part of a new generation of thinkers transforming research across the globe. They come from all corners of the world to do their PhD or postdoctoral research at the University of Toronto, drawn by the chance to work with the leading experts in their fields.

Konopacky is now an assistant professor at the Center for Astrophysics and Space Sciences at the University of California, San Diego. She spoke with U of T News about her research, the importance of inspiring young astronomers, and the possibility of extraterrestrial life.

What drew you to U of T?

U of T has one of the most vibrant communities of astronomers in the world so they have a huge number of people working in the different institutes and departments. It’s just a huge, vibrant community that makes for a really fantastic research experience as a postdoc because there's so many people you can go and talk to and learn what they're working on and start new collaborations with.

What did you research at Dunlap?

My research focuses on trying to take images directly of extra-solar planets – planets that orbit other stars. At U of T, I worked on projects on a particular directly imaged exoplanetary system called HR 8799. It's a really well-known exoplanet system. I spent a lot of time working on trying to understand through a technique called spectroscopy, where we take the light coming from the planets themselves and break it down into its constituent wavelengths – like if you look through a prism – the fingerprints of different molecules in the atmosphere of the planets. A lot of my work focused on trying to see what kind of molecules were in the atmospheres of some of these planets. What we saw were things like water vapour, carbon monoxide – which was really exciting at the time.

I was also spending time working on a new instrument I'm a collaborator on called the Gemini Planet Imager. It's a special instrument to go on the Gemini South telescope in the Andes Mountains in Chile. I got to go down there and help when they actually put it on the telescope. That was really important while I was in a post-doc because you're a little more flexible, you have some more time, so it was good to be able to do that work at U of T.

What are you working on at UC San Diego?

I'm doing similar research – I'm still working on trying to take pictures of other planets around other stars. I get to do a lot of work on the Gemini Planet Imager survey that's now been going since 2014 and I've been working on trying to get additional information about the atmospheres of these planets – the ones I was working on before and newly discovered planets through direct imaging. I've been working on gathering new data using the Keck telescopes in Hawaii and other projects as well having to do with star and planet information.

What can we learn from these types of discoveries?

I think it's really important to continue to do these types of research that don't necessarily seem obvious in terms of everyday, practical application because it's really inspiring to the public in general. The public likes learning about the universe, they like to hear about and think about the possibility of what other worlds are out there, whether we're alone in the universe. I think that helps get the general public and young kids inspired to want to pursue careers in the sciences, which is something we're always striving for.

Even if we don't necessarily know where we're headed or what the applications of what we're doing will be in the future, a lot of things that turn out to be really important inventions or discoveries, you didn't know about when you first started the research. So keeping up with pure research in astrophysics or in any field will end up having really important applications for the future and society.

As someone who researches planets outside of our solar system, do you think there's life beyond Earth?

The reason we study planets around other stars is we're fundamentally interested in this question of whether we're alone in the universe and the possibility of life on other worlds. In terms of figuring out the number of worlds that might possibly be able to harbour life, we’re really close to having that answer and that's something super exciting because it's something we didn't know only a few years ago.

If we look at the sheer numbers, most scientists would probably agree that the possibility of some form of life existing somewhere else in the universe is very, very high and it's just a question of figuring out how common it is and figuring out how we can detect it. I think in the next few decades or so, we might have the technology to at least look for some of these bio signatures – signatures of life on other worlds – and maybe start to come up with new and creative ways to determine what that life looks like.

If we find life on other planets, do you think we should attempt to communicate with it?

I think it would be fun to communicate with it. There's a lot of interesting, popular works that make it seem like it might be a scary possibility but I would hope that by the time we figure out if there's intelligent life that can actually communicate, that we can say that it would be worth it to do that.

Do you see yourself as a role model for women and girls interested in STEM?

It's a role I'm happy to take on. It's incredibly important that all of us who have been fortunate enough to have made it to this level remember that we can always improve the quality of research and the overall field in general by striving to increase both the number of women and the underrepresented minorities – people of colour – that come into the sciences. I really like the idea of trying to use my position and being a woman that actually made it to try to help achieve those goals.