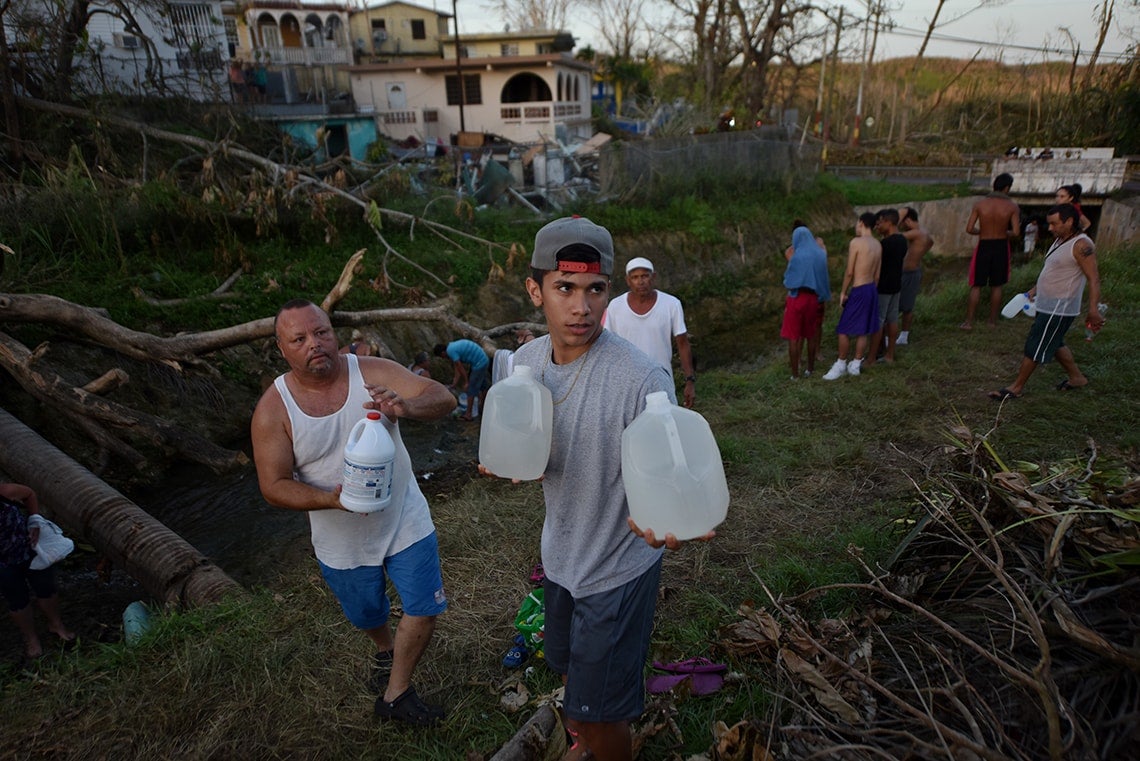 A week after Hurricane Maria rolled through Puerto Rico, the island faces a public health crisis with no power and a growing shortage of drinking water and food.

The majority of the island’s 69 hospitals are without electricity or fuel for generators, according to the U.S. Department of Defense, and at least two people have died in an intensive care unit after it ran out of diesel. In many places, there’s no water to drink or bathe in or to flush toilets, with residents forced to use rainwater. U.S. Customs and Border Protection says a plane carrying 3,500 pounds of water, ready-to-eat Army meals, diapers and other supplies is on its way.

“This is a disaster of major proportions,” said Brian Schwartz, interim vice-president, science and health protection for Public Health Ontario, who is also an associate professor in the Faculty of Medicine and the Dalla Lana School of Public Health.

U of T News spoke with Schwartz about the humanitarian crisis unfolding in Puerto Rico.

“I think the real concerns are injuries, heat-related illnesses and dehydration, and infections, both food- and water-borne and then potentially vector-borne as well,” he said. “Because of the power outages and because of the very likely years of inadequate infrastructure and lack of backup generators and backup power, this is going to be a very prolonged and painful recovery period.”

What are the public health and medical concerns right now?

Early on, there were injuries. Now, there’s water shortages and problems especially with heat and dehydration, floodwater from runoffs and tainted food that may be spoiled because of lack of refrigeration. Then, you’ve also got exacerbation of people with chronic diseases like diabetes and heart disease. If people don’t have access to medications or to their health practitioners, their regular diseases are going to get much worse on top of all the things that have happened to them in the first week. The other thing is mental illness. People with mental illness may be in big trouble and not be able to take care of themselves. It’s just a culmination of the injuries of the first week – the heat-related illnesses, dehydration and, on top of that, infections. Going forward, there’s concerns now about vector-borne diseases as well, which we know have been in the Caribbean. This has all been made worse by the fact that there’s no power, and it interferes with transportation. People can't get around, and they don’t have access to the basics of life, in terms of food and water and shelter.

Which vector-diseases are you concerned about at this stage?

Would you consider it a public health crisis at this point?

So if we have a disaster here, what should be the next priorities? What needs to happen?

The priority is to get the infrastructure up and running so that services can be provided. Failing that, getting field hospitals with generators to look after the injured, and most importantly getting potable drinking water and proper sanitation. Those basics are the most important things for the population. You can treat the injured, but you also need to look after the entire population. That may be happening, but it’s not happening very quickly. That may be related to a lot of the assets being deployed in other places right now.

Because of the power outages and because of the very likely years of inadequate infrastructure, and lack of backup generators and backup power, this is going to be a very prolonged and painful recovery period.