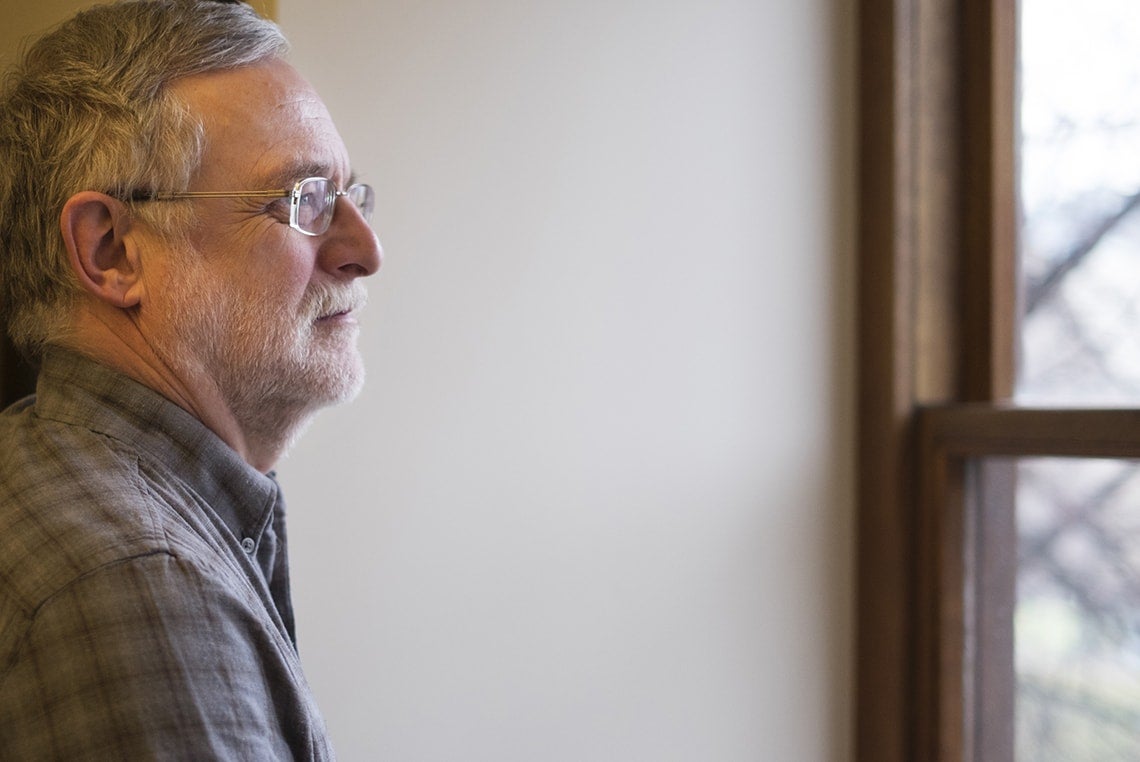 Professor John Robinson is U of T's first-ever presidential adviser on the environment, climate change and sustainability

Professor John Robinson, U of T's first presidential adviser on the environment, climate change and sustainability, wants students to begin using their campuses as living labs for sustainability projects.

"There's a huge opportunity for universities to deeply engage with sustainability issues," said Robinson, who teaches in U of T’s Munk School of Global Affairs and the Faculty of Arts & Science's School of the Environment.

Society has come to expect more from universities, he added.

"It's not enough to make our campuses sustainable. We have to make a larger impact beyond campus."

Read more about the plan

In his new role, Robinson will chair the newly formed Committee on the Environment, Climate Change and Sustainability. The establishment of the committee was one of the key recommendations in the report, and the faculty, students and staff who comprise its members have an important task ahead, the president said.

“There is a strong and widespread desire in the University of Toronto community to contribute as much as we can to global efforts to meet the challenge of climate change," President Gertler said. "And this committee has a mandate to help coordinate and advance U of T’s environmental research, innovation, education and energy consumption initiatives.

"I'm confident that under Professor Robinson's leadership, the University will accelerate its progress in addressing one of the most pressing problems of our time."

Robinson said he plans to have 1,000 students undertaking sustainability projects with university operational staff, and 5,000 more students working on such projects in the community at large with public and private partners. What would that look like in practice? Students in the humanities could study food and sustainability, for example – from production to consumption and disposal.

The first step is to take a full inventory of courses with a sustainability component from civil engineering to medieval literature. Although the sciences may have more obvious links to sustainability, the humanities shouldn't be left out of the equation, Robinson said.

“How we think about the world is in some sense the deep sustainability question," he said. "Literature and fine arts have struggled with that question forever."

The university would then make this catalogue public to “create pathways” for students interested in studying the environment.

Robinson is already approaching  the campus as a "living laboratory" in a couple of his own classes. In his joint undergraduate-graduate course offered through Munk and the School of  the Environment, some students studied the way people recycle or throw out food at three campus buildings. “People are throwing things in the waste stream that could’ve been recycled or composted,” said Kimberley Slater, a human geography PhD student and co-author of the project. To minimize waste and reduce any confusion among users, her team recommended, among other things, that the university make improvements to its standardized bins.

"We’re happy to be working with students in partnership with academics on campus," said Project Coordinator Dione Dias of the Sustainability Office on the downtown Toronto campus.

"This is a way for us to give students the experience of client-consultant relationships - and they have good ideas. We want to tap into that bandwidth and drive."

Robinson put into action similar ideas as associate provost of sustainability at the University of British Columbia from 2012 to 2015. There, he was responsible for integrating academic and operational sustainability across the UBC Vancouver campus.

Read about Robinson in The Vancouver Sun

Scaling up the living lab transformation at U of T won't be easy or simple, Robinson said. As the country’s largest university with 86,000 students across three campuses, U of T represents a unique challenge – and opportunities.

“We graduate a significant percentage of the PhDs in the country every year so we have to be at the forefront of this stuff because we’re such a big part of the system, and we need leadership,” he said.

“I think all the pieces are here to be transformative.”