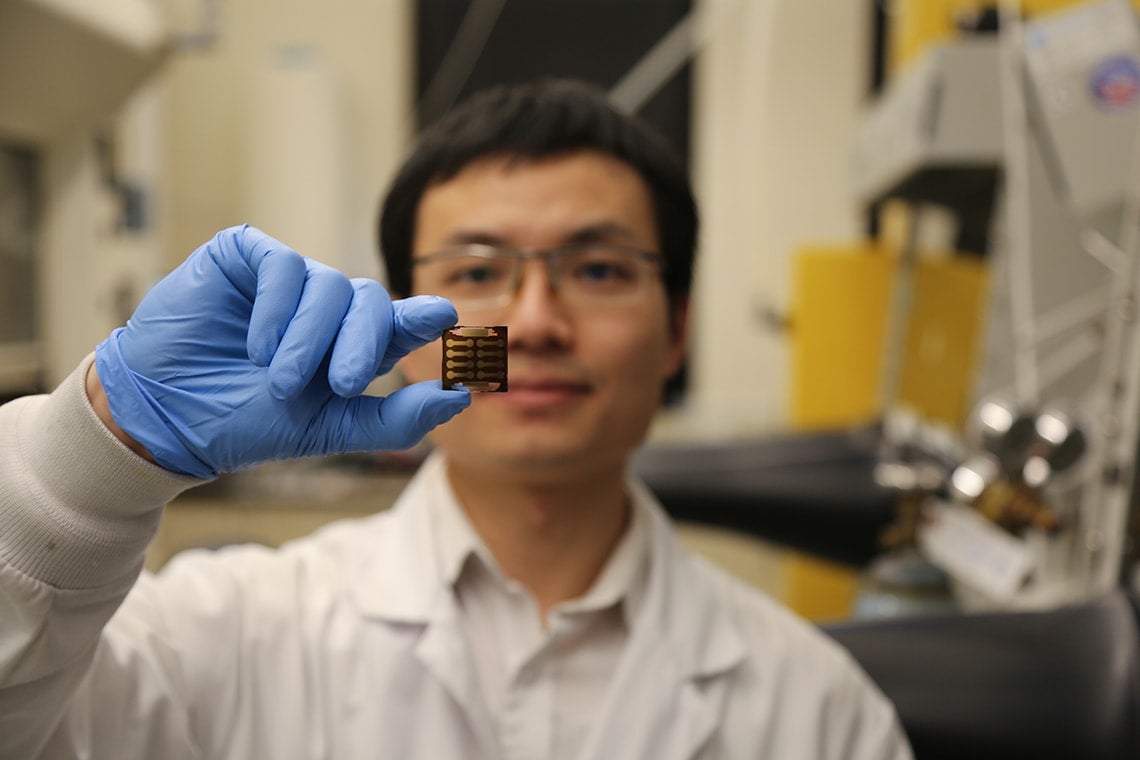 A U of T innovation could make printing solar cells as easy and inexpensive as printing a newspaper.

Post-doctoral researcher Hairen Tan of U of T's Faculty of Applied Science & Engineering and his team have cleared a critical manufacturing hurdle in the development of a relatively new class of solar devices called perovskite solar cells. This alternative solar technology could lead to low-cost, printable solar panels capable of turning nearly any surface into a power generator.

“Economies of scale have greatly reduced the cost of silicon manufacturing,” said University Professor Ted Sargent, an expert in emerging solar technologies and the Canada Research Chair in Nanotechnology. “Perovskite solar cells can enable us to use techniques already established in the printing industry to produce solar cells at very low cost. Potentially, perovskites and silicon cells can be married to improve efficiency further but only with advances in low-temperature processes.” 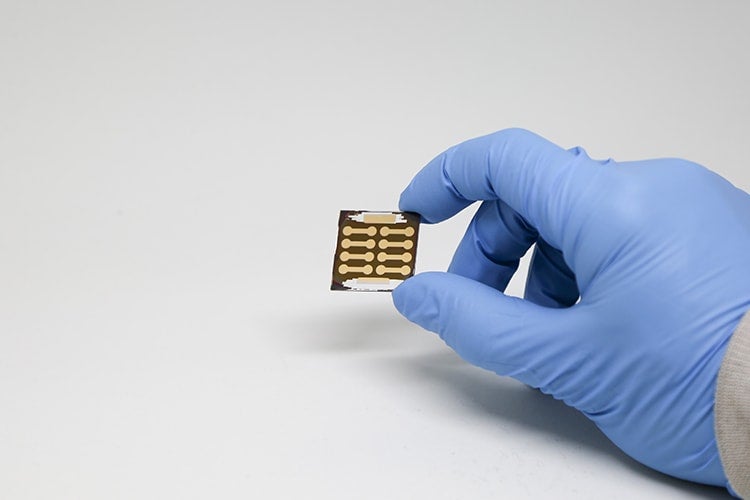 The new perovskite solar cells have achieved an efficiency of 20.1 per cent and can be manufactured at low temperatures, which reduces the cost and expands the number of possible applications (photo by Kevin Soobrian)

Today, virtually all commercial solar cells are made from thin slices of crystalline silicon, which must be processed to a very high purity. It’s an energy-intensive process, requiring temperatures higher than 1,000 degrees Celsius and large amounts of hazardous solvents.

In contrast, perovskite solar cells depend on a layer of tiny crystals – each about 1,000 times smaller than the width of a human hair – made of low-cost, light-sensitive materials. Because the perovskite raw materials can be mixed into a liquid to form a kind of ‘solar ink,’ they could be printed onto glass, plastic or other materials using a simple inkjet printing process.

But until now, there’s been a catch: in order to generate electricity, electrons excited by solar energy must be extracted from the crystals so they can flow through a circuit. That extraction happens in a special layer called the electron selective layer or ESL. The difficulty of manufacturing a good ESL has been one of the key challenges holding back the development of perovskite solar cell devices.

“The most effective materials for making ESLs start as a powder and have to be baked at high temperatures above 500 degrees Celsius,” said Tan. “You can’t put that on top of a sheet of flexible plastic or on a fully fabricated silicon cell – it will just melt.”

Tan and his colleagues developed a new chemical reaction than enables them to grow an ESL made of nanoparticles in solution, directly on top of the electrode. While heat is still required, the process always stays below 150 degrees C, much lower than the melting point of many plastics.