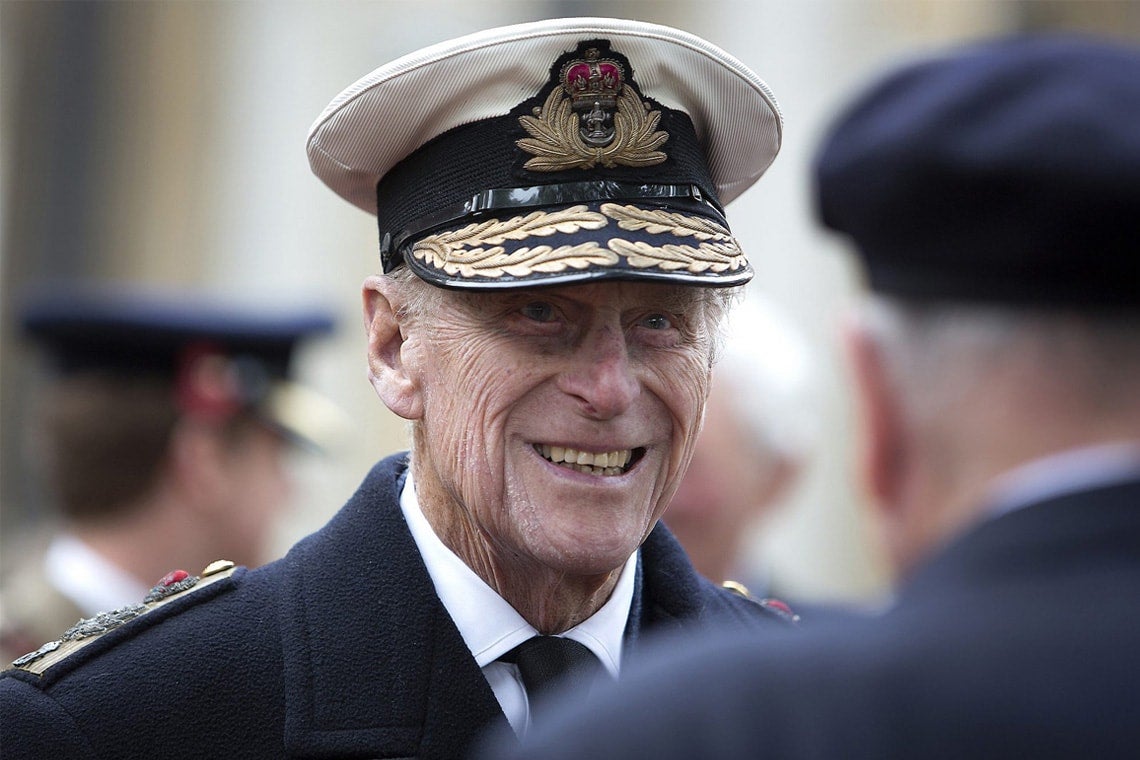 Internet rumours of Prince Philip's death were proven to be untrue. The palace announced the prince will be retiring in the fall (photo by Defence Images via Flickr)

Late last night, the Internet went berserk with rumours that 95-year-old Prince Philip – Queen Elizabeth II’s husband – had passed away. A palace announcement made this morning proved the story false, stating instead that the prince would be stepping down from royal duties this fall.

How did the Internet get it so wrong? British publications including the The Sun had kicked off the Internet frenzy by posting an article announcing his death after an emergency meeting was called at Buckingham Palace.

U of T News spoke with Carolyn Harris, a royals expert who teaches history at U of T's School of Continuing Studies and author of Raising Royalty, 1000 Years of Royal Parenting, about the public's fascination with the royals and recent pop culture interest in the Queen and Prince Philip.

What do you make of the false rumours? How does this kind of fake news spread so fast?

We've seen this happen before around New Year's when the Queen had a severe cold. There was rampant speculation about the Queen's health until she once again appeared in public. The fact that the Queen and Prince Philip are in their 90s means when anything out of the ordinary happens, whether it's the Queen not appearing in public for a time or an emergency meeting called at the palace, the public tends to assume the worst.

The more benign speculation that happened on the Internet was that simply the Queen's schedule would be changing as Buckingham Palace is due to have renovations – there was speculation the Queen would be spending more time at Windsor and Balmoral.

So the speculation was the full range from the concern about the health of the Queen and Prince Philip all the way to wondering if it was simply a change to the Queen's primary residence.

Does the Internet seem to fan the flames of this kind of speculation?

Certainly the Internet allows speculation and rumour to spread faster. There has always been a fascination with what's going on behind closed doors in the royal household, even if we look back at the 16th and 17th centuries – specifically the 1660s and the diarist Samuel Pepys who used to write about any gossip he heard about King Charles II and his court.

And then in the 19th century when Queen Victoria went into comparative seclusion after the death of Prince Albert in 1861 and was spending a lot of time in the Highlands in the company of her personal servant John Brown, people simply speculated about what goes on behind palace doors.

I think there's always been a strong interest in what's discussed at meetings that aren't open to the public, but the Internet has allowed rumour and speculation to spread a lot more quickly, where it used to be that rumours in the past spread in person or through handwritten letters.

What can you tell us about Prince Philip, who has always been an interesting – and divisive – character, known for his often off-colour gaffes?

Compared to the Queen who is always very careful to remain above politics and not say anything controversial, Prince Philip has been known to speak very frankly.

His gaffes caused more controversy when he was younger. Now that he's in his 90s, for people for whom it's their first time at a Buckingham Palace reception or garden party, they find his sense of humour puts them at ease. There's a sense that he is able to break the tension that can happen when people are nervous about meeting members of the royal family.

It's interesting how we see members of the royal family – sometimes setting the tone or informing cultural trends for the rest of society. When Queen Victoria chose to have a white wedding dress, suddenly everyone wanted a white wedding dress, and they still do. Now with the Queen and Prince Philip, at a time when life expectancies are getting longer, they're demonstrating how active people can remain into their 90s.

The Queen and Prince Philip have re-emerged in the realm of pop culture with the television show The Crown. Do you think that has led to more interest in the present-day royal family?

It definitely fuels a lot of interest in the Queen and Prince Philip.

In the TV series, we see the Queen moving into Buckingham Palace at the age of 25, and the audience knows that at 91, she's still there. And the Queen and Prince Philip will celebrate their 70th wedding anniversary this November. So there's the sense that the Queen has presided over a time period of tremendous social, cultural and political change.

The one thing that stands out in The Crown is it emphasizes what a different world it was in 1952 – that having television cameras at Westminster Abbey for the coronation was a new and innovative decision – and you see telephone switchboard operators listening in on conversations. The Crown very much plays up how different society, culture and technology were in the 1950s, compared to today.