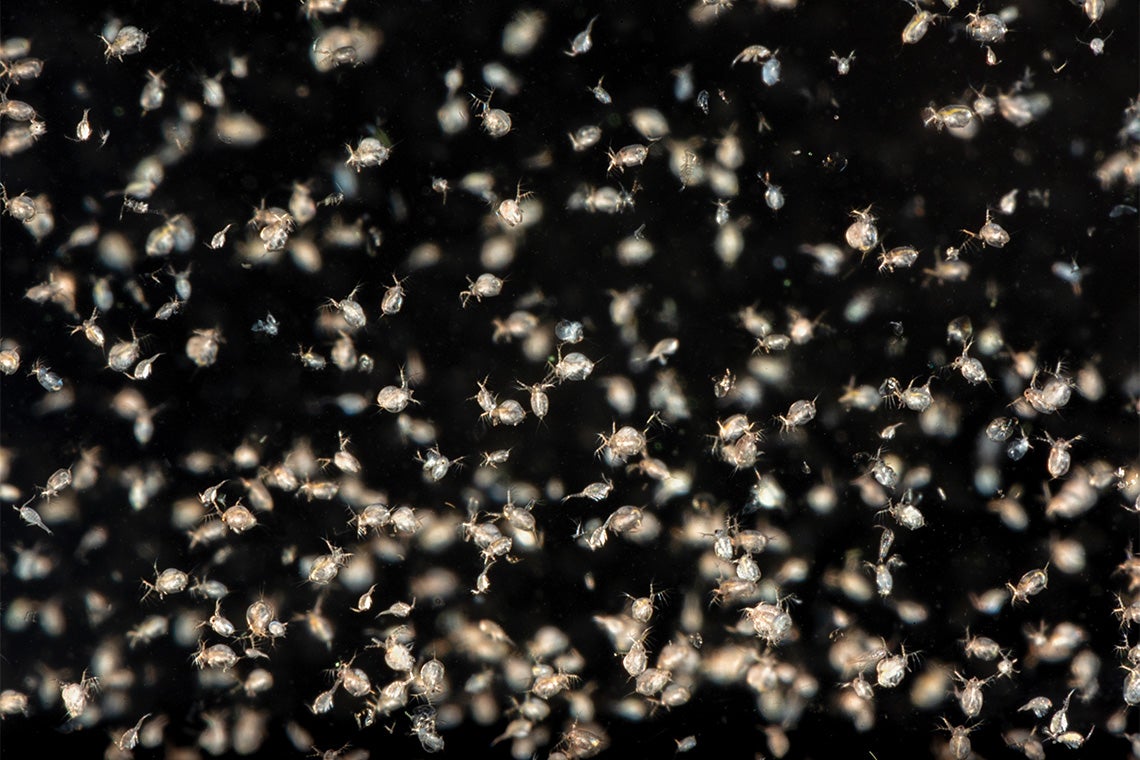 A new study by U of T Scarborough's Myrna Simpson shows how low levels of pollution can disrupt communication, via "info-chemcials," between water fleas and other species (photo by iStockPhoto via Getty Images)

Researchers at the University of Toronto have shown that pollution can disrupt the “chemical conversations” water fleas rely on to communicate with other species.

Daphnia, more commonly known as water fleas, live in all sorts of aquatic environments – from swamps to freshwater lakes and ponds. They’re crucial to the aquatic food chain, feeding on algae, while also serving as food for insects, water mites and small fish.

The water fleas navigate by releasing bio-molecules, or info-chemicals, that interact with other species, helping them detect prey or potential mates. 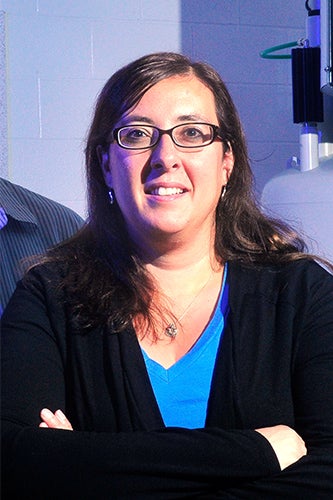 It’s been thought that “chemical conversations” between species are disrupted when one of the species is affected by pollution. But a new study by Simpson and former post-doctoral student Tae-Yong Jeong, now an assistant professor at Hankuk University of Foreign Studies in Seoul, that was recently published in the journal Environmental Science & Technology documents the first time this disruption between two species has been observed because of exposure to such low levels of pollution.

The study found that info-chemicals between water fleas and algae could be disrupted by a small amount of fenoxycarb (200 nanograms per one litre of water), which is a type of pesticide. Fenoxycarb is also an endocrine disruptor – a chemical that can mimic or disrupt hormones in the body – which is important because the endocrine system is believed to play an important role in producing info-chemicals in water fleas.

Simpson, a Canada Research Chair in Integrative Molecular Biogeochemistry, says the disruptions may cascade throughout the entire food web. If water fleas can’t reproduce or find food it means there will be less of them, she says, and fewer water fleas means less food for larger predators, but also more algae, which can lead to algae blooms that can harm fish and deteriorate water quality.

“Daphnia are an excellent indicator of aquatic ecosystem health,” says Simpson, whose research program focuses on the effect of environmental change in water and soil at the molecular level. “If they’re unhealthy, other organisms living in that ecosystem are also likely unhealthy as well.”

Simpson and Jeong developed a novel technique that relies on a powerful instrument called a tandem mass spectrometer to detect the info-chemical disruption. They pioneered the approach by using a method called metabolomics that’s able to detect rapid changes in tissues and cells almost instantaneously. This approach is both fast and highly sensitive to any stress or biochemical changes within an organism.

Simpson says the fact the info-chemicals of daphnia and algae were disrupted so quickly, and at such a low concentration of exposure, demonstrates that these pollutants may pose a greater ecological risk than is currently recognized. She adds that most water monitoring focuses on how relatively large amounts of a toxin will affect a water flea’s ability to reproduce.

“This shows we may need to look at things more broadly because there is this disruption taking place, and we know that these types of pollutants are commonly found in the environment at these low levels.”

The research, which received funding from U of T Scarborough’s Research Excellence Faculty Scholars award, offers the potential of developing a rapid way of assessing the health of an ecosystem.

Simpson says the overall goal is to create a framework where these novel techniques can be easily used in environmental monitoring programs.

“Currently, water pollution tests are time-consuming and they analyze only a certain number of pollutants,” Simpson says. “But there are many pollutants and by-products that are undocumented. By using metabolomics to study how daphnia are affected, it can offer a rapid way of assessing water quality through this critically important organism.”