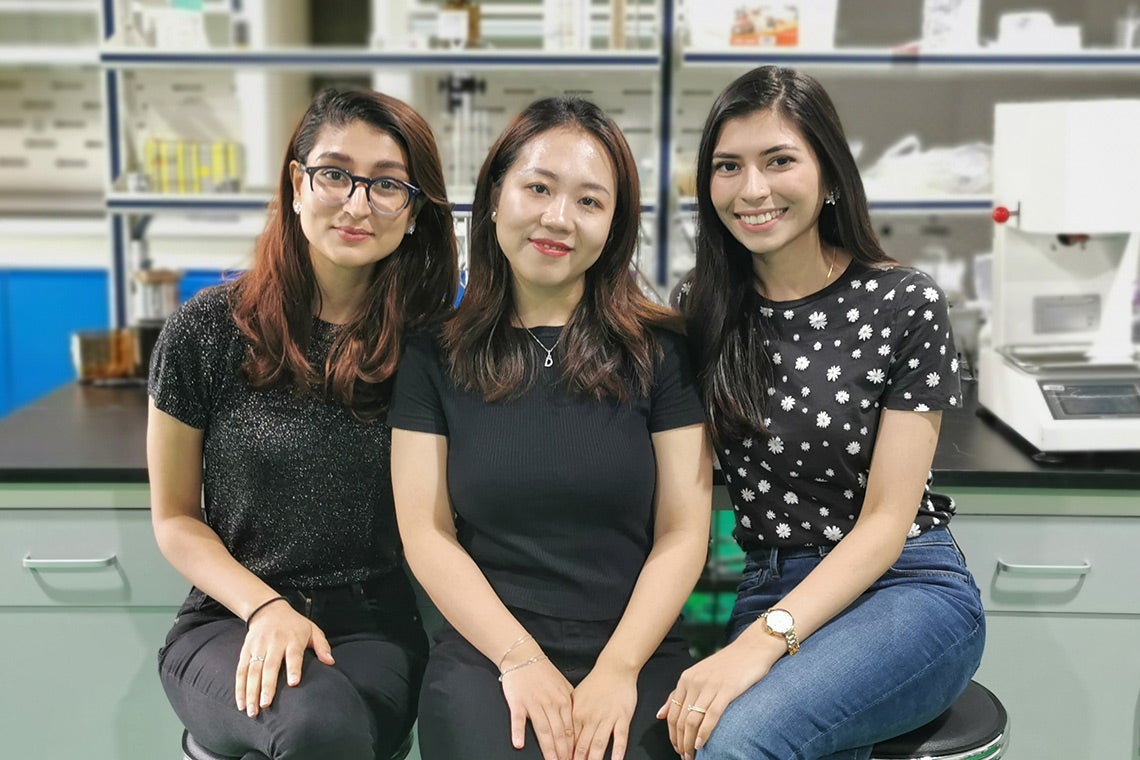 Nuha Siddiqui was browsing a World Economic Forum report on the future of the plastics industry when she came across an ominous prediction. “It stated that by 2050, there would be more plastic than fish in the ocean,” Siddiqui recalls.

That was back in 2016, when Siddiqui was a second-year Rotman Commerce student at the University of Toronto. The grim forecast spurred Siddiqui, who, at the time, was also president of the U of T chapter of global social entrepreneurship network Enactus, to research the plastic industry and figure out where she could have an impact. Four years later, Siddiqui is now CEO of a fast-growing startup that has raised millions of dollars in venture funding and is working with global plastic manufacturing giants to replace their plastic components with a non-toxic eco-resin.

While Ecopackers got its start making non-toxic, biodegradable packing peanuts – hence the name – from agricultural by-products, the company has since expanded its focus to the wider plastics industry.

“We came to realize that the real value of our products wasn’t necessarily the packaging or the end products, but the input and the science around what we were doing,” Siddiqui says.

The road from packing peanut-producer to plastics input-supplier was navigated with the help of U of T's expansive entrepreneurship network, which is on full display this week as part of the university’s annual Entrepreneurship Week event.

Unlike other products made from bioplastics, the biodegradable packing peanuts initially produced by Ecopackers didn’t require industrial composting, and were safe enough to compost in the backyard. Siddiqui would even eat them in front of venture capital investors to show how safe and natural they were compared to traditional packing peanuts made from non-biodegradable polymers like Styrofoam.

In 2018, the company graduated from the Canadian government’s Next 36 entrepreneurship initiative before joining the Creative Destruction Lab, an international seed-stage accelerator based at U of T’s Rotman School of Management. It was then that Siddiqui and fellow Ecopackers co-founders Kritika Tyagi and Chang Dong, decided that focusing on packing peanuts would limit their business and social impact prospects.

Determined to spare no detail in their quest to create a profitable and scalable social enterprise, the Ecopackers team traveled to China to better understand plastics manufacturing and identify opportunities for the industry’s eco-friendly transformation. Their idea: create a resin that’s functionally similar to materials already used in the plastic industry, but make it fully compostable – so it could replace non-biodegradable polymers like polystyrene and polypropylene in the manufacture of single-use plastic products ranging from cutlery and straws to casings for beer kegs.

“We were one of the only eco-focused companies out there that wasn’t going against the plastic manufacturers,” says Siddiqui. “We were actually trying to work with them to develop products that worked with their technology.”

The approach paid off. This past December, Ecopackers raised $4.3 million in pre-seed and seed financing, including an investment from Creative Destruction Lab founder Ajay Agrawal.

The startup is now working on a pilot project with brewing giant AB InBev to explore using the eco-resin as a plastic alternative in beer keg casing, as part of the company's 100+ Sustainability Accelerator program. Ecopackers is also engaged in pilot projects with companies in Canada, China, Taiwan and Hong Kong, and is hiring engineers, scientists and analysts to join its growing team.

“We can try as much as possible to get consumers to use reusable bottles, cups and straws, but at the end of the day it’s what our society has been dependent on for years,” Siddiqui says. “I don’t think it’s necessarily a bad thing, but how we’re using the materials and producing the products is wrong and that’s what we really need to change.

“Our alternatives allow you to still use the same products you’re used to, but in a compostable way.”

She says the feedback from manufacturers has been encouraging since they appreciate the eco-resin’s compatibility with existing technology as well as its affordable cost compared to current plastic alternatives. 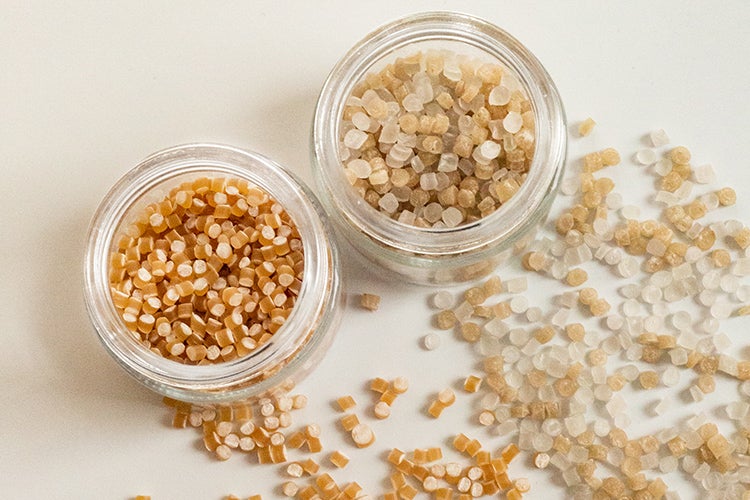 Ecopackers has created a resin that’s functionally similar to materials already used in the plastics industry, but is fully compostable (photo courtesy of Ecopackers)

Going forward, Siddiqui aims to grow Ecopackers into a global operation with a headquarters in Toronto and multiple manufacturing sites located near areas of high demand. The company already has an R&D office in Shenzhen, China in addition to its Toronto office.

“We want to make sure we’re locally manufacturing wherever our customers are, so we can be conscious of our own environmental footprint as well,” she says.

Siddiqui is quick to credit U of T’s entrepreneurship community with helping her take a project that she conceived as an undergraduate student and turn it into a thriving business.

“We entered the Creative Destruction Lab with a very different business and different mindset,” she says. “Throughout our time there, we were able to put together an incredible group of advisers, investors from the most amazing funds, and we got first-hand advice on scaling and thinking about things differently.”

Asked about her long-term goals for the company, Siddiqui casts her mind back to the WEF report’s projection about plastic out-weighing fish in the ocean by 2050.

“We have a contrasting goal,” she says. “By 2050, we’d like all single-use plastic to be made from Ecopackers.”