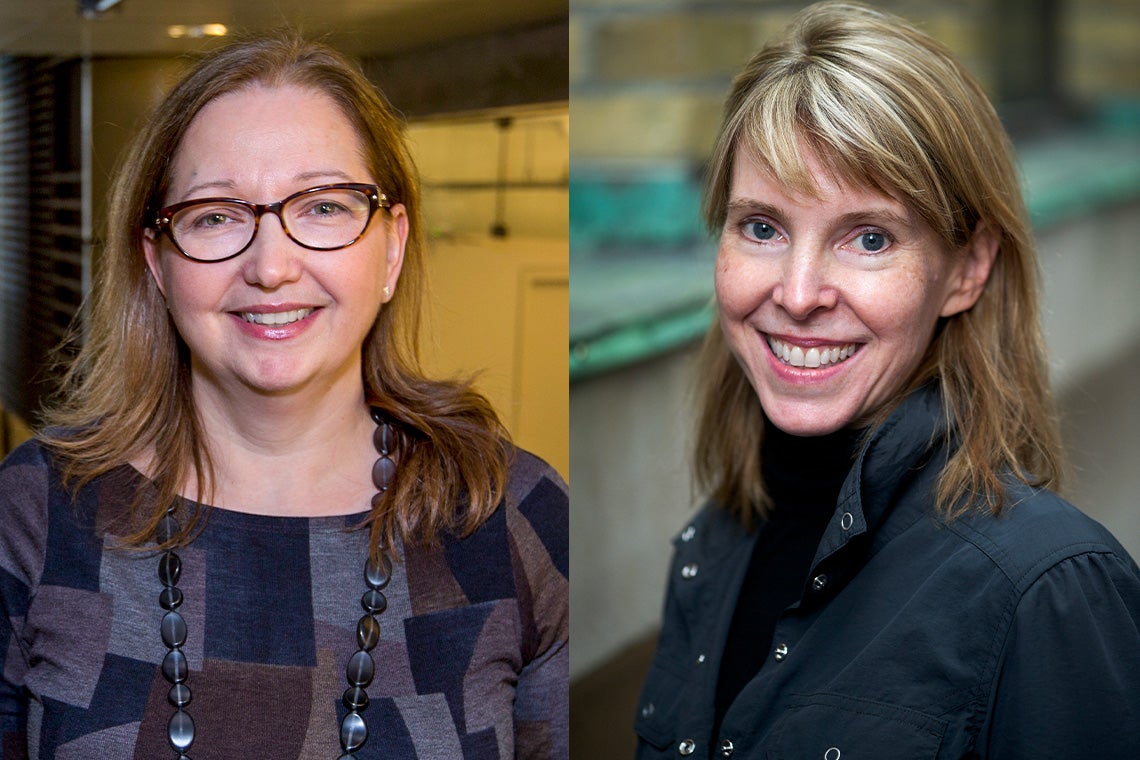 A new pilot program at the University of Toronto will embed ethics modules into existing undergraduate computer science courses in a bid to ensure future technologies designed and deployed in ways that consider their broader societal impact.

From learning about the complex trade-off between data privacy and public benefit to making design decisions that impact marginalized communities, the pilot program – led by the department of computer science, in the Faculty of Arts & Science, and the Schwartz Reisman Institute for Technology and Society (SRI) – will teach computer science students skills to identify potential ethical risks in the technologies they are learning to build.

The initiative aims to equip U of T graduates, who may go on to become global tech leaders, to make informed decisions about technology and its wide-ranging effects on justice, health care, education, economies, human rights and beyond.

“We want to teach students how to think, not what to think,” says Sheila McIlraith, a professor of computer science and a research lead at SRI who is co-leading the initiative, which includes scholars who specialize in ethics from U of T’s department of philosophy.

“We’re not proselytizing about ‘right’ or ‘wrong,’ But we want students to identify ethical questions because, when they enter the workforce, they will be on the front lines. They’ll be the ones writing the code, developing the systems, using the data. It’s imperative that ethical considerations are part of fundamental design principles.”

McIlraith points to the rapidly changing role technology plays in society as evidence of the urgent need for such a program.

“It used to be that technologists would build systems for a particular purpose or industry,” she says. “But now technology is no longer just for individual tasks like completing tax returns or keeping track of company inventory. Technology impacts the way all of us live, work and interact with each other. A lot of the money and investment that fuels our economy is related to technology. And emerging tech companies are often led by young people who have just come out of computer science degrees.”

When SRI was founded in 2019, McIlraith was appointed as one of its inaugural research leads. She quickly approached SRI Director Gillian K. Hadfield about the need for an embedded ethics initiative in computer science, citing a similar pioneering program already underway at Harvard University. Hadfield immediately saw the alignment with SRI’s mission to explore the dynamics between technology and the human agenda – and to solve problems at the intersection of technology and public good.

“Embedding ethical considerations into existing courses helps students see their relevance at the very moment they’re learning the computer science,” says Diane Horton, a professor, teaching stream, in the department who is co-leading the pilot program with McIlraith. “The ethics modules are associated very closely with the technical content, so when students are eventually in the workplace, we hope the two will remain very connected in their minds.”

Horton, who has been teaching in the department for 25 years, has seen first-hand how eager students are to talk about ethics. She also noted that they bring different perspectives to the conversation.

“One student had a very intense appreciation for the vulnerability of the homeless population,” says Horton, “and she brought that from her personal experience. Another student talked about the hospital where he works, and how private medical data is so carefully protected.”

“There has been so much curiosity from the students,” adds Majedi of the initiative so far. “They ask a lot of questions and offer interesting and creative ideas. Some get so excited, and they stay long after class to talk with us.”

Majedi says her own research into data privacy has highlighted a gap in curricula where ethical training for students is badly needed.

“It's critical to teach ethics in computer science,” she says, “because these students will be responsible for many important tasks in the future.”

Both Wald and McClure say they are excited to see the enthusiasm among computer science students when it comes to addressing ethical questions.

“I think the students really want to have these critical thinking tools, because it’s clear they’ve been considering these issues already,” says McClure.

“Sometimes, a computer science student might recognize a potential ethical issue,” says Wald, “but might not know how it’s been discussed by other people, or where to find the right resources to address it. They might think, ‘How do I put the concern I have into words?’ Hopefully we can give them the tools to do that.”

The embedded ethics initiative will produce a longitudinal study to inform its future directions. The goal is for every computer science student to encounter ethics modules at several points in their U of T computer science program – and bring those insights to their future careers.

“Big tech companies like Apple often employ people in specialized ethics roles, but our program aims to equip people who are actually building the technologies at a company like that,” says McClure. “That way, the ethical behaviour comes from within the design of technologies. It comes from the bottom instead of being imposed from the outside by an ‘ethics specialist.’”

McIlraith and Horton both credit Harvard’s Barbara Grosz and Jeff Behrends for supporting the U of T team at the early stages of the pilot program’s conception and development. Grosz is a founder of Harvard’s Embedded EthiCS program, while Behrends is a faculty team leader.

The U of T team aims to engage other faculty, instructors and researchers as it grows – in particular, computer science faculty who have already been teaching undergraduate courses in the core curriculum for years.

“Longer-term, we aspire to have ethical considerations as a cornerstone of many of our tech-oriented disciplines within the university,” says McIlraith. “One of our goals is to create a winning strategy so that this pilot can transform into something broader.” U of T public health experts on what 9/11 and its aftermath revealed about air contaminants
President Gertler welcomes students, faculty, staff and librarians as fall classes begin