'Piecing together a puzzle': Undergraduate students travel to Brazil to document and preserve Indigenous languages 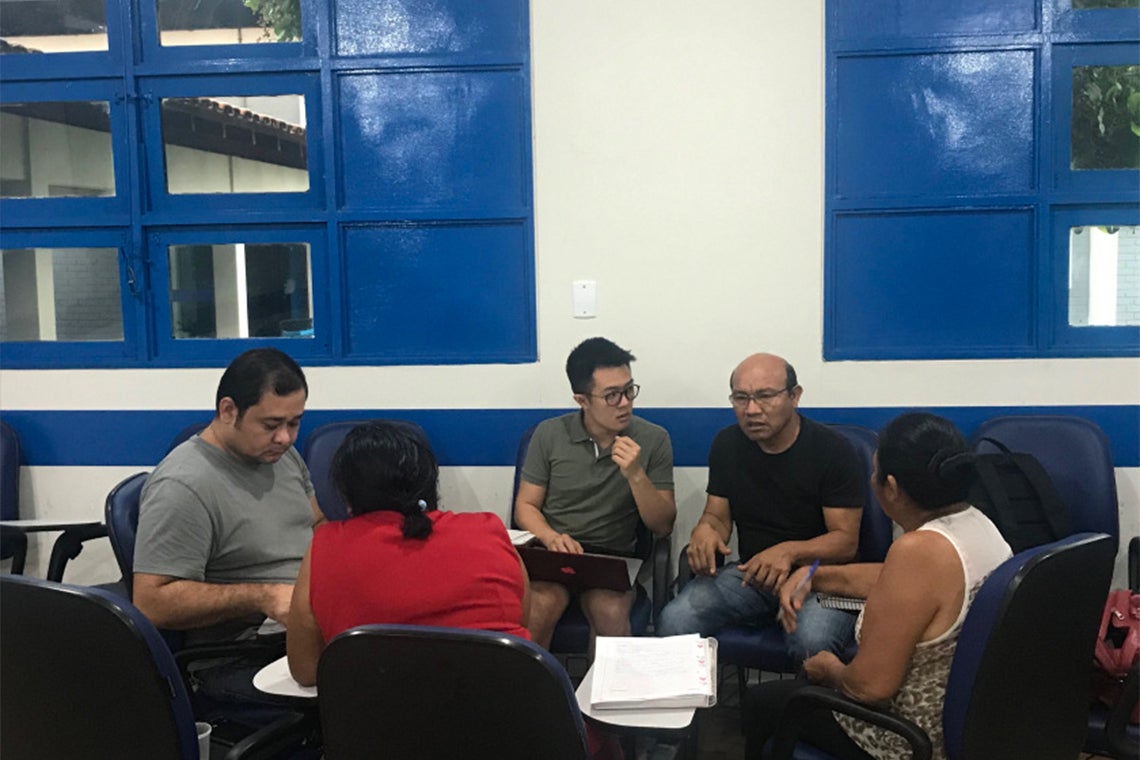 Gregory Antono, centre, works with speakers of Macuxi, an Indigenous language spoken in the area between Brazil and Guyana (photo courtesy via uoftbrazil.blog)

Indigenous Peoples speak more than 4,000 of the world’s estimated 6,700 languages, but language scholars predict at least half – likely more – of those languages will go extinct by the year 2100.

Three undergraduate students in the University of Toronto’s Faculty of Arts & Science recently visited the city of Boa Vista, Brazil, in the northwestern state of Roraima, to study Indigenous languages with locals and help preserve some the region’s Indigenous languages: Macuxi, Ye’kwana and Taurepang.

The students went as part of a course taught by Suzi Lima, an assistant professor in the department of Spanish and Portuguese, and the Faculty of Arts & Science Research Excursions Program.

Octavia Andrade-Dixon, a Woodsworth College student taking human geography and Portuguese, focused on Taurepang, a language spoken mainly in the Venezuelan savannah, with some speakers on the Brazilian side of the border near Guyana. While some documentation of Taurepang exists in Portuguese and Spanish, there is little in English.

“Our work expands on existing information while presenting it in other languages,” Andrade-Dixon says. “And our consultant was of the Brazilian Taurepang community rather than the Venezuelan population, which may present some variation. So, in some regard, we are uncovering new information.”

The trip taught her about the challenges that come with translation and fieldwork, she adds.

“I also learned how skillful you have to be to find answers,” she says. “I watched Professor Lima change sentences to be more culturally relevant, create elaborate scenarios and draw pictures to reach our objectives. It felt as though I was piecing together a puzzle.”

Lima, who supervised the research trip, says she wanted “to put students in a central role as researchers and independent thinkers.”

“I always try to explore experiential learning activities in my courses,” she says. 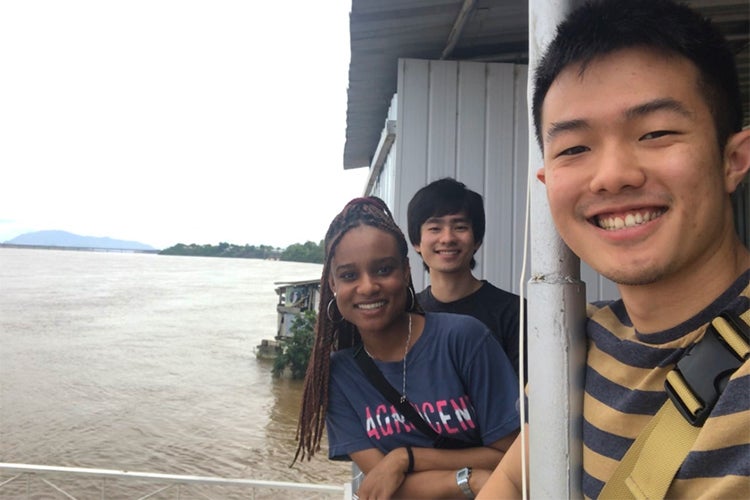 From left to right: U of T students Octavia Andrade-Dixon, Guilherme Teruya and Gregory Antono (photo courtesy of uoftbrazil.blog)

Lima, her students and their Brazilian hosts and partners at the State University of Roraima held “elicitation sessions” – one-on-one meetings between a researcher and an Indigenous language consultant focused on a particular aspect of the language. That includes anything from translating a list of simple nouns to unraveling more complex linguistic concepts.

On one day of language sessions, some students worked on adjectives, comparitives and measurements in Ye’kwana, while another group did the same in Taurepang, according to linguistics student Gregory Antono who blogged about the experience.

Antono, a recent Victoria College graduate who took Spanish and Latin American studies, worked on Macuxi, which is spoken in the borderlands of southern Guyana, northern Brazil and eastern Venezuela.

He says his courses at U of T prepared him for the trip.

“Getting to apply what I learned in a classroom was challenging, but deeply rewarding.”

Antono adds the language consultants were eager to collaborate on the project.

“During one session, one of my consultants took out a USB key to share audio recordings of the Macuxi language. Another consultant enthusiastically showed me his bilingual Macuxi-Portuguese bible and spoke about his efforts to create more pedagogical material for his language.”

Lima says the experiential aspect of fieldwork is key to developing not only students’ academic skills but their people skills, too.

“Research-oriented courses help students develop organization, communication and reasoning skills that will be useful in different fields and careers,” she says. “Moreover, the exchange of views and ideas is a very meaningful part of this course. Listening to others helps us understand our own reality better. Participating in collaborative research with Indigenous communities in Brazil has brought a lot to my life, and I hope it gives the students a similarly enriching experience.”

The research trip to Roraima wasn’t limited to academic activities. The students visited a refugee camp for Indigenous Peoples from Venezuela, attended a dance performance inspired by the songs of Brazilian singer Elis Regina and sampled local culinary specialties like vapatá, a stew made from a woody shrub called manioc, and kibe, a small, fried hand-held snack of rice and seasoned beef.

They also ensured the knowledge exchange wasn’t a one-way street by giving presentations on Canada’s Indigenous Peoples to their hosts at the State University of Roraima.

“It is one thing to learn in the classroom, but nothing beats getting first-hand experience learning in the field,” Antono says. “Especially from instructors with such profound experience. We learned and laughed a lot, and we are grateful and inspired.”